Mandira Bedi-Mouni Roy take friendship goals a notch higher as they feed each other food and emotional strength and THESE pictures are proof!

Feeding food to our best friends physically and strength emotionally is the mark of a strong bond and television sensations Mouni Roy and Mandira Bedi recently proved us right. Apparently, Mandira paid a visit to Mouni who couldn’t stop filling up her friend with desserts or so the former’s posts suggested.

Taking to her Instagram handle, Mandira shared a picture where she can be seen lying on the couch, pinned down by Mouni. The picture was captioned, “Mouni and Mishti attack!! (sic)” to which Mouni replied, “You barely ate (sic).” Another picture shared by Mandira featured her stuffed till the mouth while Mouni lay sleeping over her. Mandira elaborated in the caption, “After the laddoo had found its home in my mouth.. is when she rested and retreated!! (sic)” to which Mouni replied, “Thank you for coming by … thank you for being mine” and punctuated it with lovey-dovey emojis. 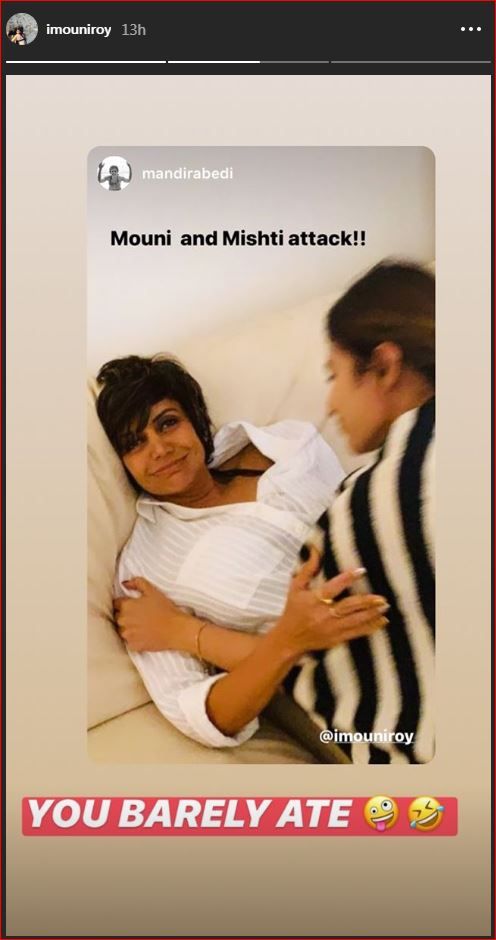 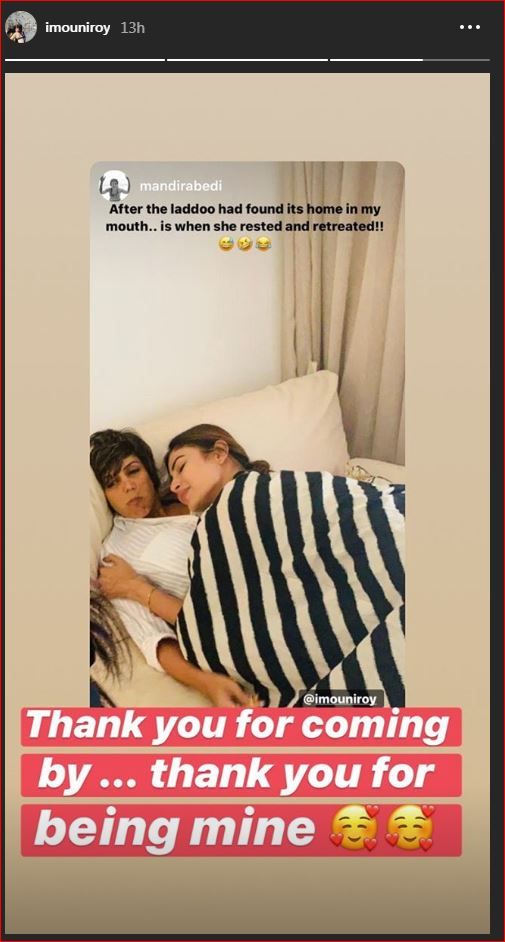 Talking about her professional life, Mandira’s ticket to fame was her very first show, Shanti, which became such a popular show that there was no looking back for the actress since then. Mandira Bedi married producer Raj Kaushal in 1999 and the couple was blessed with son Vir in 2011, with whom she keeps clicking pics and posting them on social media. Her Instagram profile is filled with pictures of the two of them that prove that she is also a doting mother. Mandira also made an appearance on MTV’s Troll Police, where she had said that she was used to people’s body shaming or using hate speech.

As for Mouni Roy, on the professional front, after starring opposite Rajkummar Rao in Made in China and John Abraham in RAW: Romeo Akbar Walter, Mouni Roy will be next seen in Ayan Mukerji’s Brahmastra along with Ranbir Kapoor and Alia Bhatt. She will be seen playing the role of a villain in the film. Apart from this, Mouni also has an item number lined up in Salman Khan starrer Dabangg 3.