Actor Mouni Roy recently attended the premiere of Salman Khan’s latest release Bharat. As soon as the pictures made its way to social media, she became the latest target of trolls. Her photos got the social media world talking about the possible plastic surgeries she may have undergone, and some Instagram users compared her to Rakhi Sawant and late King of Pop Michael Jackson.

In the pictures, she can be seen dressed in a neon green jacket and black dress, Though, she made a casual appearance at the screening, her lips seemed to have grabbed all the attention. 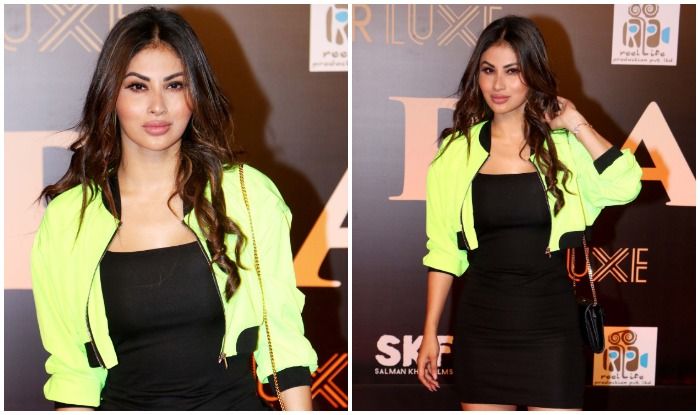 After photographs of the screening went viral, netizens started commenting on Mouni’s look.

“Plastic surgeries ruined her beauty”, “What has happened to her lips?”, “Surgery failed”, “Plastic” and “Botox aunty” were some of the comments on the photographs, apart from comparisons with Rakhi and Michael Jackson who are known to have undergone multiple plastic surgeries.

One Instagram user slammed Mouni for not accepting “natural beauty”. 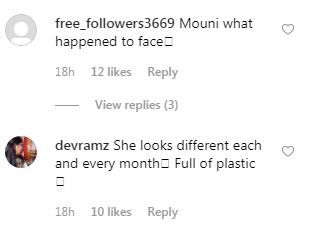 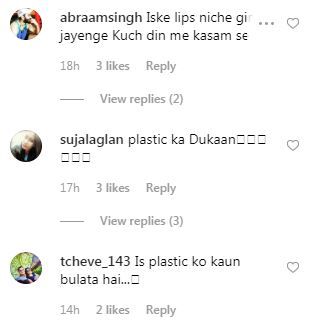 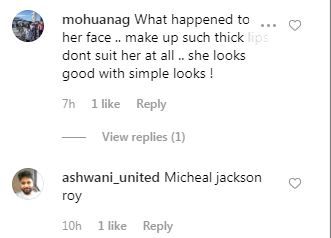 However, there were some who supported her.

“She is really gorgeous. I don’t get it why people have to judge her. Why don’t they mind their own business? It’s her body, her choice,” wrote one user.

Mouni is also gearing up for Ayan Mukerji directorial Brahmastra with Alia Bhatt and Ranbir Kapoor. She has bagged herself a special dance number in Salman Khan’s upcoming film Dabangg 3. The song, as revealed by the daily, is on the lines of Munni Badnaam that featured Malaika Arora shaking a leg. The shooting of the song is going to be held at the Vasai studio next week. The setting of the raunchy number has been kept as a small town watering hole.

Apart from these, Mouni has also wrapped up shooting for Mikhil Musale’s Made In China opposite Rajkummar Rao.

With inputs from IANS!