Business tycoon Mukesh Ambani, wife Nita Ambani along with their son Anant Ambani visited Siddhivinayak Temple in Mumbai last night. They offered prayers to Bappa and also presented the first wedding card of Isha Ambani and Anand Piramal. The pictures are doing the rounds on social media in which the Ambani family can be seen beaming with happiness.

Nita looked elegant in Indian attire and she was all smiles for shutterbugs. If reports are to be believed, the wedding will take place in December. It is going to be a grant event which will be graced by many celebs. However, nothing official has been said on the same.

Isha and Anand got engaged in September this year. They reportedly exchanged rings in a grand ceremony that took place in Italy and was attended by many renowned faces. 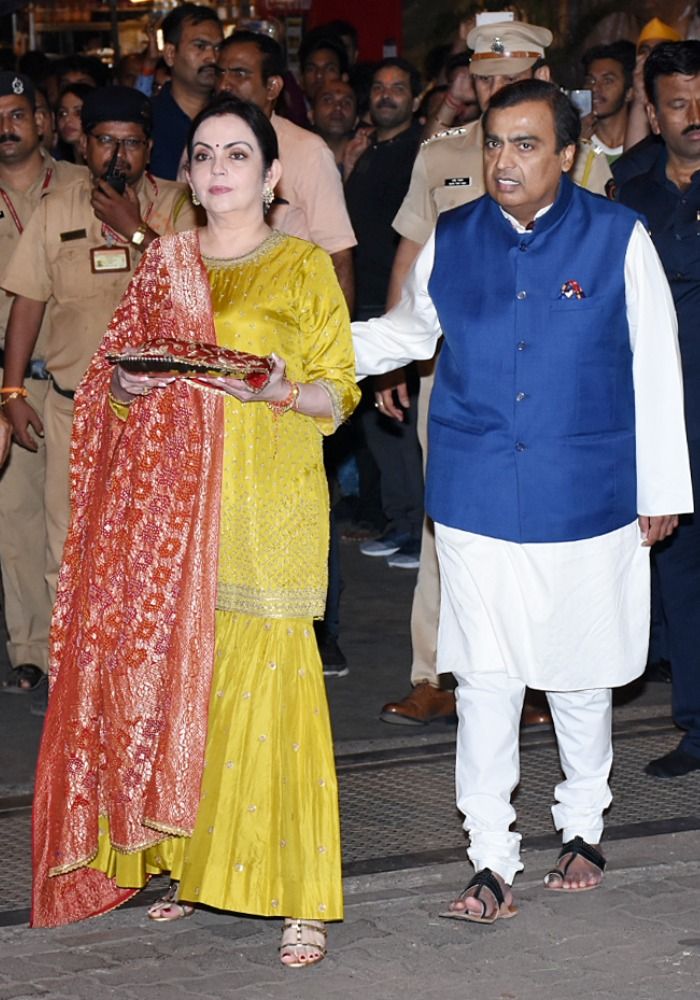 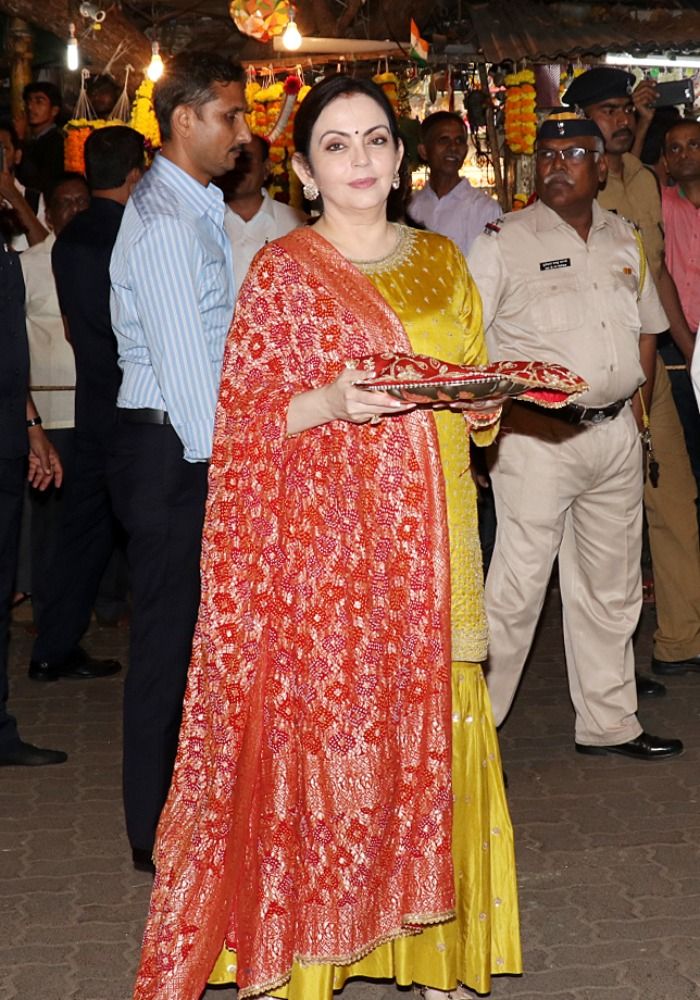 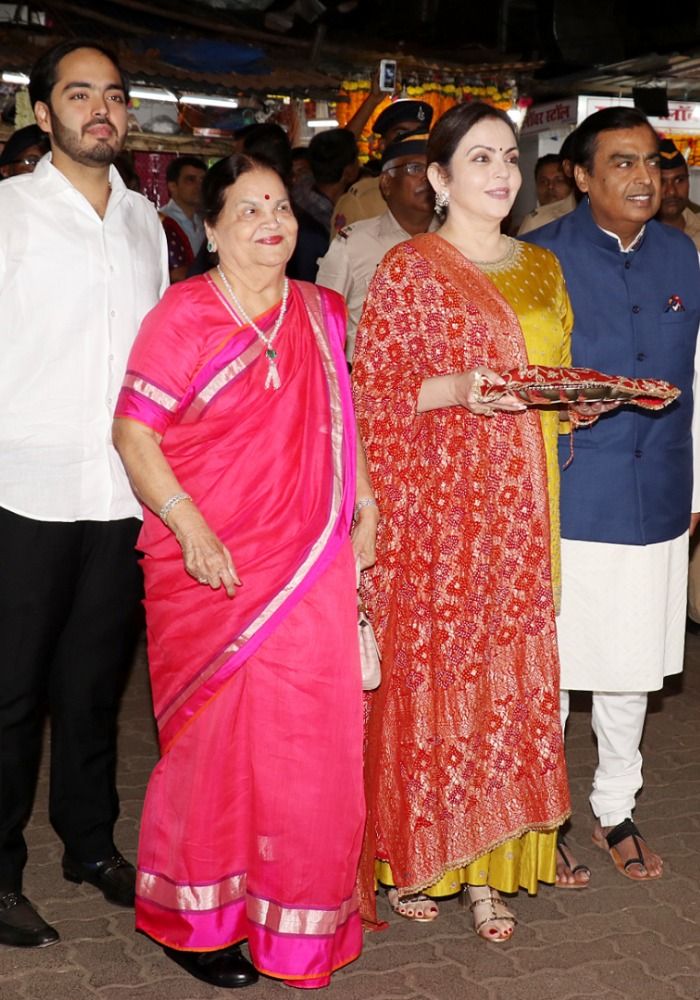 On May 7, 2018, Isha and Anand’s families hosted a post-proposal bash for the couple which was attended by Shah Rukh Khan, Ranbir Kapoor, Karan Johar and many other B-town celebs.

After their engagement, the families of the couple visited ISKCON temple, Girgaon and Siddhivinayak Mandir, Mumbai to offer prayers.

Anand is the founder of Piramal Realty. Prior to that, he had founded Piramal Swasthaya, a rural healthcare initiative. He is also an executive director of the Piramal group, a global business conglomerate. On the other hand, Isha is on the boards of Reliance Jio and Reliance Retail.