New Delhi, March 25: Mukesh Ambani’s elder son Akash Ambani got engaged to Shloka Mehta, the youngest daughter of billionaire diamond trader Russell Mehta on Saturday, as per media reports.  The engagement took place at a small ceremony in Goa in the presence of Mukesh Ambani, Neeta Ambani,  his mother Kokilaben and other close family members.

The Ambanis and Mehtas reportedly know each other well. Akash and Shloka had also studied together at Dhirubhai Ambani International School. 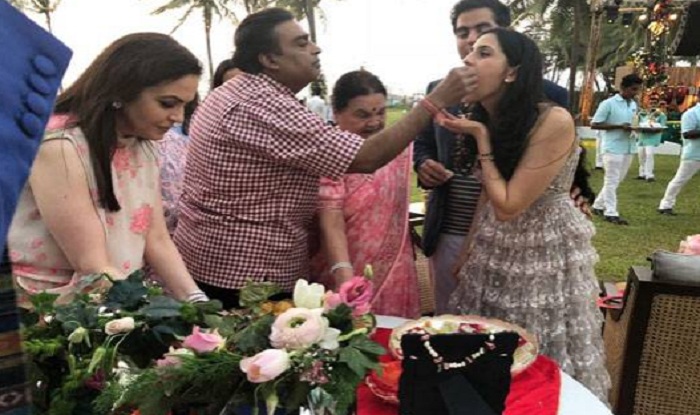