Remembering Yash Chopra on His 86th Birth Anniversary: A Look at His 10 Best Moments With Shah Rukh Khan

The king of romance, Yash Chopra, who taught every man the real meaning of love, was born today (September 27). In his lifetime, the late legendary filmmaker bestowed the Hindi film industry with iconic cinema. Be it Dil Toh Pagal Hai, Veer Zaara or Jab Tak Hai Jaan, nobody could get romance better than him on screen. Though if you have watched these movies, you must have noticed one thing. There was one thing common in all and it was Shah Rukh Khan.

SRK and Yash ji began working together with 1993 romantic-psychological thriller Darr, which turned out to be a blockbuster. SRK played the role of a self-obsessed lover opposite Juhi Chawla. He gave us “Kkkkkk..Kiran” – a dialogue which is still used and mimicked. Darr raised Shah Rukh Khan’s stardom.

In 1997, Yash Chopra came back behind the camera to direct a musical love story, Dil Toh Pagal Hai. In 2004, the saga of love, separation, courage and sacrifice – Veer Zara was directed. It’s a story that is an inspiration and will remain a legend forever.

In 2012 came Yash Chopra’s last movie as a director, where we saw another love story – Jab Tak Hai Jaan. This was the last time we could see the SRK-Yash Ji duo together weaving some on-screen magic. It has been nearly six years since his demise, but Yash Chopra’s cinematic brilliance is still missed by Bollywood. 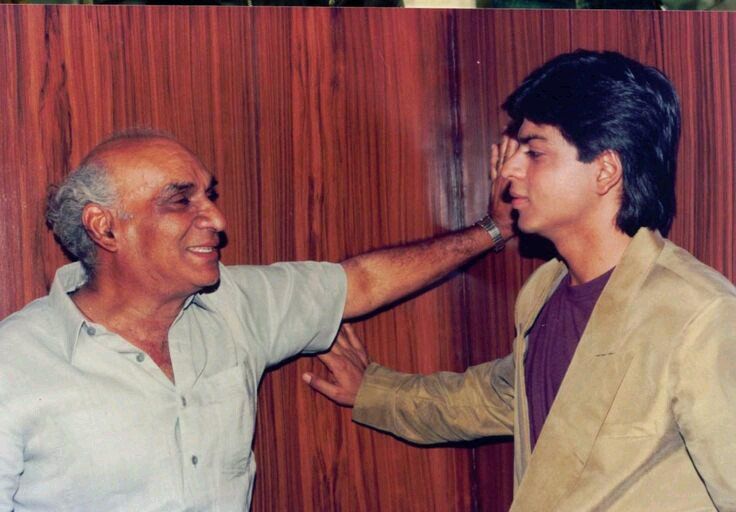 In 2015, SRK shared a collage of pictures of himself and Yash Chopra and claimed that he was the coolest youngster that he had ever known, implying Yash Chopra being young at heart irrespective of his age. 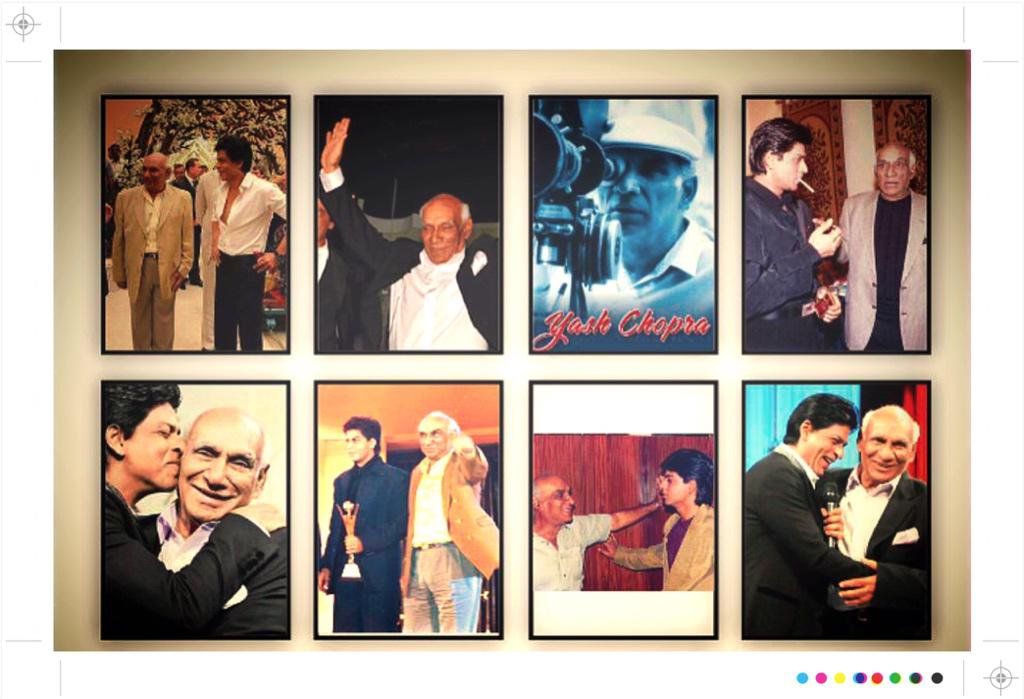 Shah Rukh Khan and Yash Chopra at an award function: 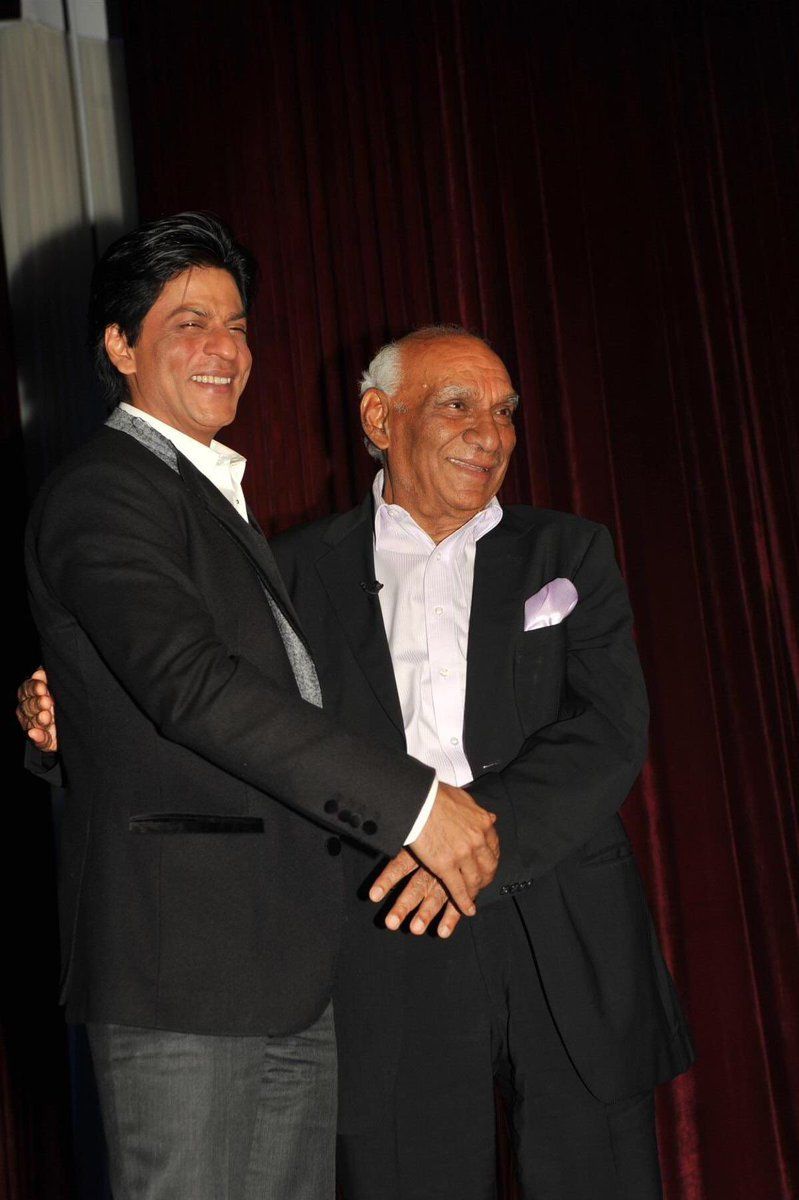 Shah Rukh Khan with Gauri Khan, Yash Chopra and a few others: 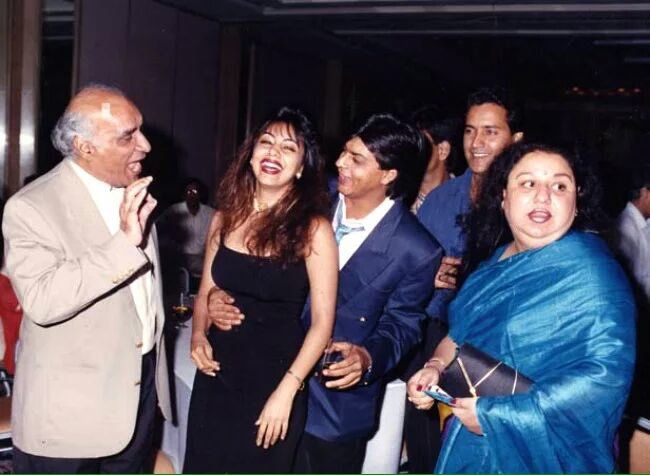 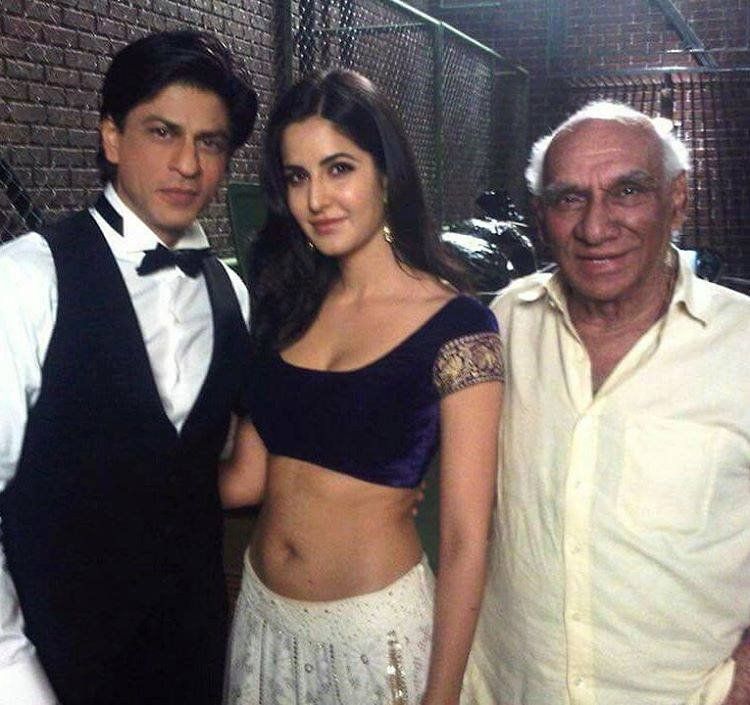 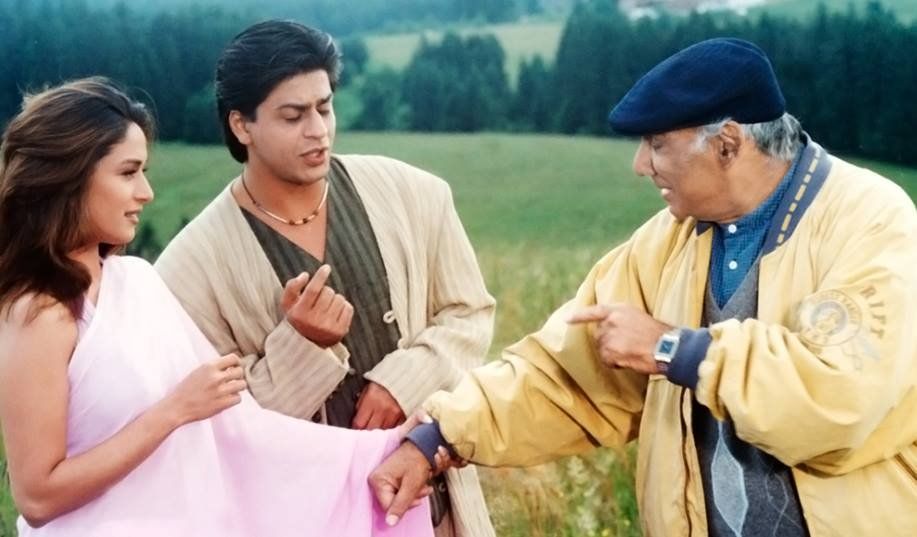 SRK and Yash Chopra had a relationship had beyond work and business: 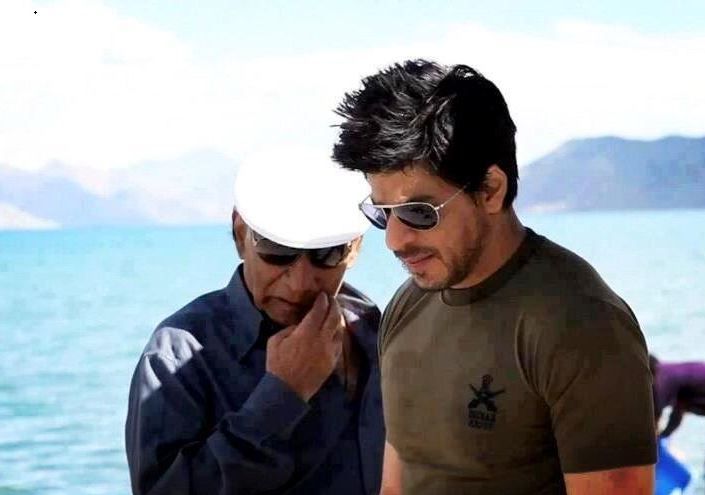 SRK, Amitabh Bachchan and Yash Chopra on the sets of Veer Zara: 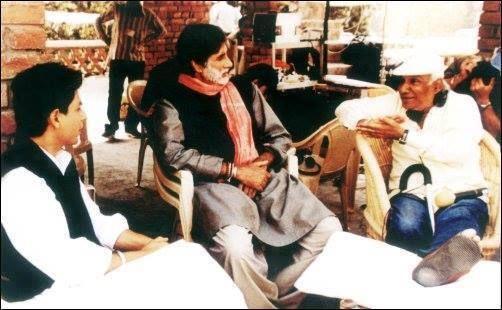 The concept of ‘Fan’ was first narrated to Shah Rukh Khan by Yash Chopra:

This duo of Yash Chopra Ji & Shah Rukh Khan created unforgettable magic whenever they came together. This pic is from the sets of Dil Toh Pagal Hai: 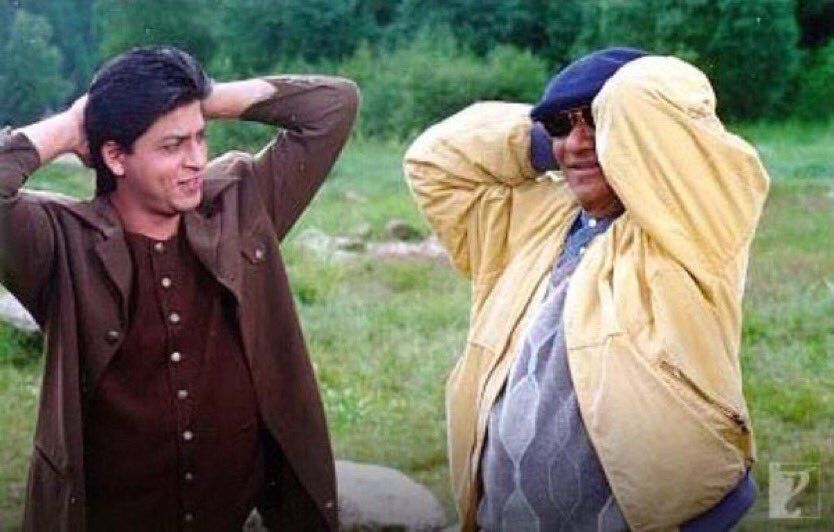