Bollywood celebrities paid rich tributes to one of the best filmmakers of Bollywood, Yash Chopra also popularly known as the King of Romance on his 87th birth anniversary. From sharing snaps of his films to thanking him for his great work, Bollywood stars, Arjun Kapoor, Lata Mangeshkar, Karan Johar, Vaani Kapoor and Anushka Sharma, recalled their sweetest memories with the legend.

Calling the ace filmmaker a “cinematic genius,” Arjun Kapoor remembered Yash Chopra on his birthday. “Remembering the cinematic genius, #YashChopra Ji on his birth anniversary. Thank you for sowing the seeds of cinephilia and for giving us such beautiful films, that have touched generations. We Love you & miss you,” he tweeted.

Thinking of the mastermind on his birthday, Ayushmann Khurrana took to his Twitter and penned down a lovely message for the director. He wrote, “A legend who created many masterpieces that have a special place in our hearts! Honouring the pioneer of the Indian film industry – #YashChopra Ji on his birth anniversary.”

Anushka Sharma too shared a snap with her first director on her Instagram stories and captioned it as, “Timeless.”

Take a look at the birthday wishes for late Yash Chopra:

Yash uncles birthday today! He will always remain my hugest inspiration and am honoured to have been fathered by him in cinema and in life…sharing an in conversation I had with him many years ago about my all time favourite film LAMHE https://t.co/USdUjRwMqz

One of my life’s privileges was eating aloo parathas with Yashji regularly when I was his employee at YRF 😊 Then I became his actor and would look forward to his 7am phonecalls after he watched my movies ❤️ WHAT a blessing.Miss you #Yashji.There will never be another like you… 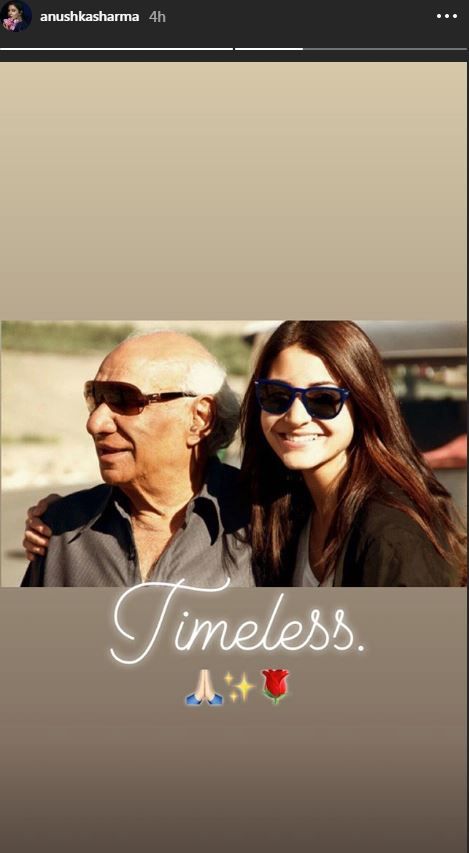 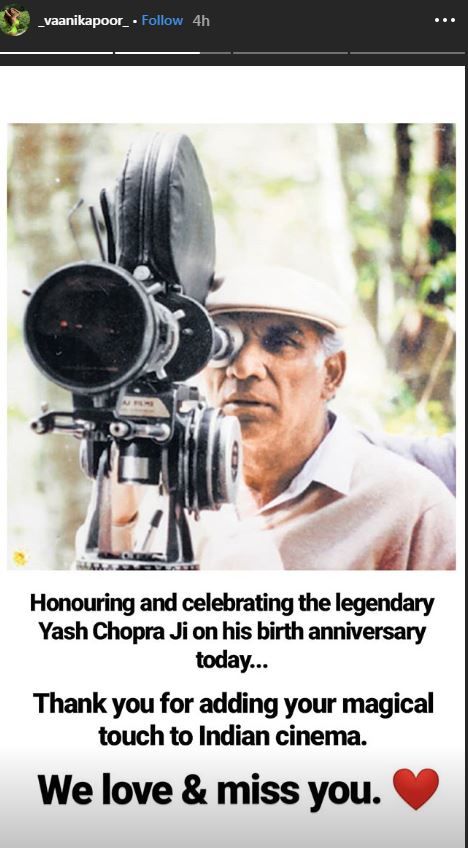 Since making his debut as a director in 1959 with Dhool Ka Phool, he gave Indian cinema numerous classics such as Waqt, Daag, Deewar, Kabhi Kabhie, Kaala Patthar, Chandni, Lamhe, Dilwale Dulhania Le Jayenge, Dil to Pagal Hai, Mohabbatein and Veer-Zaara in the capacity of director and a producer. Yash Raj Films went on to become one of the biggest production houses in the country. Shah Rukh Khan-starrer Jab Tak Hai Jaan was his last film as a director.

Unfortunately for him, he breathed his last before the release of the film.