Superstar Shah Rukh Khan’s son Aryan Khan is quite a sensation on social media. He is currently studying filmmaking at the University of Southern California. The star kid recently informed via Instagram that his Facebook account has been hacked. He requested his followers to ignore anything shared from his account. This is not the first time as earlier; Anupam Kher, Rishi Kapoor, Abhishek Bachchan, Mahesh Bhatt and others also became the victims of hacking. There is no denying the fact that just like advantages there are a lot of disadvantages of being a celebrity.

Aryan’s Instagram story read, “Facebook hacked please ignore anything from it.” During an interview, when SRK was asked if his children will join Bollywood, he revealed to a leading daily that they will have to complete their education first. He stated that Aryan is more inclined towards direction and has no interest in acting unlike Suhana Khan. 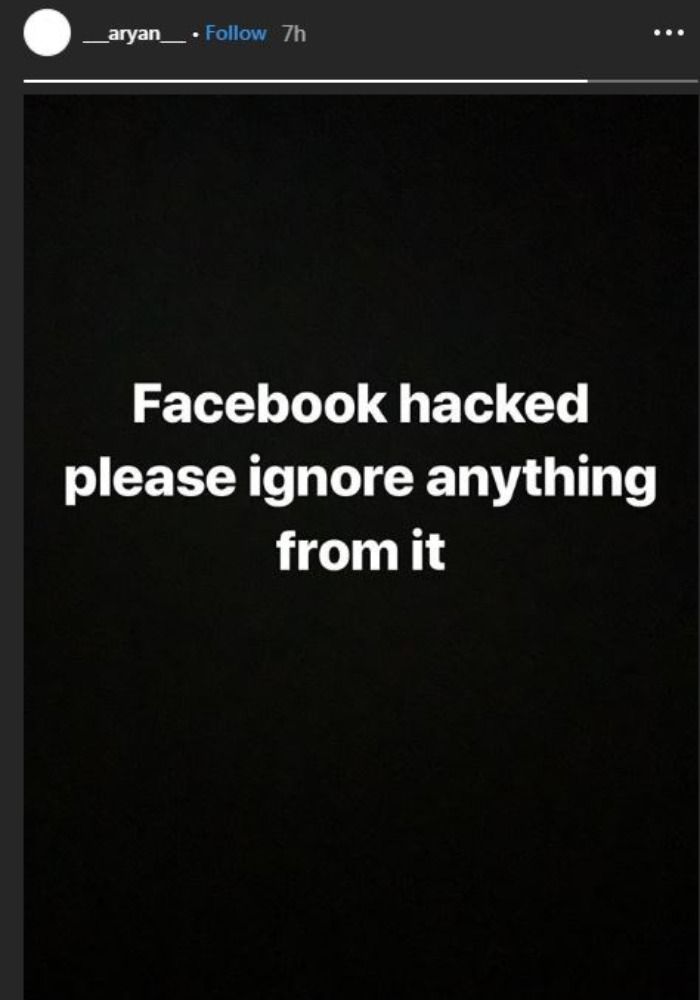 SRK said, “Neither my son nor my daughter have been groomed to be actors. Suhana has an inclination towards wanting to be an actor. She finishes school in six months after which she will go to an educational institute for three-four years to train in acting. Aryan doesn’t want to be an actor, he wants to make films, become a director, and is training for it in the US.”

On a related note, Shah Rukh was last seen playing the role of a dwarf in Anand L Rai’s Zero. The movie also featured Anushka Sharma and Katrina Kaif in crucial roles. He will soon start shooting for Rakesh Sharma biopic. The project will be bankrolled by Siddharth Roy Kapur and Ronnie Screwvala under Roy Kapur Films and RSVP Films, respectively.