Sunburn festival being marketed as a major Goa attraction 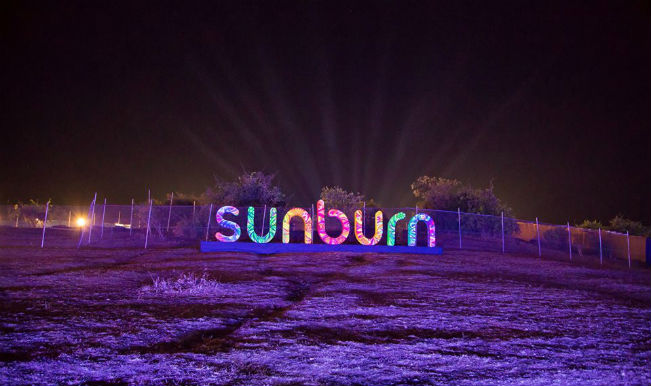 Panaji, Oct 15: Sunburn, arguably Asia’s biggest electronic dance music festival, has become the first non-government, commercial event to figure in the Goa Tourism Development Corporation’s online festival listing. The festival, which attracts hundreds and thousands of music lovers, now figures on the www.goa-tourism.com website with other socio-religious events like the Feast of St. Francis Xavier, Christmas and the Carnaval on the official festivals listing on the website run by the GTDC, the corporate arm of the Goa tourism ministry.

“It is a fact that Sunburn is one of Asia’s most prominent music festival and attracts music lovers from all over the world. GTDC is flooded with queries over emails and telephone about the festival and therefore we feel that information about this music festival has to be made available to the tourist,” GTDC general manager Sanjay Chodnekar told IANS.

“The main aim is to generate tourist flow in the state by putting forth the concept of festival tourism, be it religious or music festivals, and there is nothing wrong in this,” he added. The music festival is one of the 18 events listed. While the rest of the events are either traditional or religious events or officially organized dos like the Carnaval, the International Film Festival of India, or the Goa Cashew and Coconut fest organized by the state tourism ministry, Sunburn is the only commercial event to make it to the list.

Sunburn has been a consistent feature in Goa’s party itinerary for some years now, but the event itself has often attracted controversy over issues ranging from the death of a 23-year-old girl from Bangalore from drug overdose to allegations of corruption over granting of permissions to the festival. Troubled by the spate of controversial issues linked to the festival, even Chief Minister Manohar Parrikar in an official noting to a Goa government principal secretary had said: “Sunburn has been a big headache due to complaints of drugs/smoking/traffic jam and allegations of kickbacks, forced to give free tickets. Unless these issues are sorted out, all such festivals need a re-look. May discuss for clarity.”

Parrikar’s noting is now a part of a judicial proceeding at the Bombay High Court, specifically a defamation case filed by Sunburn’s promoters Percept India against Nationalist Congress Party (NCP) state vice president Trajano D’mello, who had demanded a probe into alleged kickbacks paid to Goa Tourism Minister Dilip Parulekar for granting permission for the festival. While Parulekar and Percept India have denied the allegations, Sunburn’s promoters have also slapped a defamation notice on D’Mello.

Chodnekar, however, claimed that the controversy surrounding the festival is purely driven by the media, which is keen on raking up non-issues. “As far as GTDC is concerned, there is no controversy and, if any, it is a creation of a section of the media which is interested in raking up non-significant issues. GTDC will continue to provide relevant information for the benefit of the tourists. GTDC has extended the courtesy to the tourists by providing them the requisite information and not to the organizers of Sunburn,” he said.

Chodnekar also said that the corporation now plans to list other music events and dos on the website for the benefit of the tourists. “GTDC is also contemplating adding details of other music festivals like Supersonic and Monte music festival on our website, which is currently being done through the social media,” he said.

Goa, a top beach tourism destination in the country, annually attracts over three million tourists, of whom half a million are foreigners.