Sunny Leone is Back With MTV Splitsvilla 12, Looks Hot And Sexy in Metallic Dress And Short Hair

The sexy and sweet Karenjit Kaur Vohra, who is widely known as Sunny Leone, has earned a lot of fame in a very short period of time after entering the Bollywood industry. The Canadian beauty starts shooting for MTV Splitsvilla 12 along with co-host Rannvijay Singha. Splitsvilla happens to be the first dating show on Television which began after the success of Roadies.

Recently, Sunny Leone took to Instagram to share her hot look from the show in a metallic tube dress with short hair. Making a sensuous pose with a phone receiver, Sunny raises the temperature.

Not only this, she even posted a picture with Rannvijay where they share the first look of shooting. She captions it as, “Welcome to crazy town with @RannvijaySingha and I!!” Indian television reality show was earlier hosted by Nikhil Chinapa but is now hosted by Rannvijay Singha and Sunny Leone.

Take a look at the pictures of Splitsvilla 12 shared by Sunny Leone: 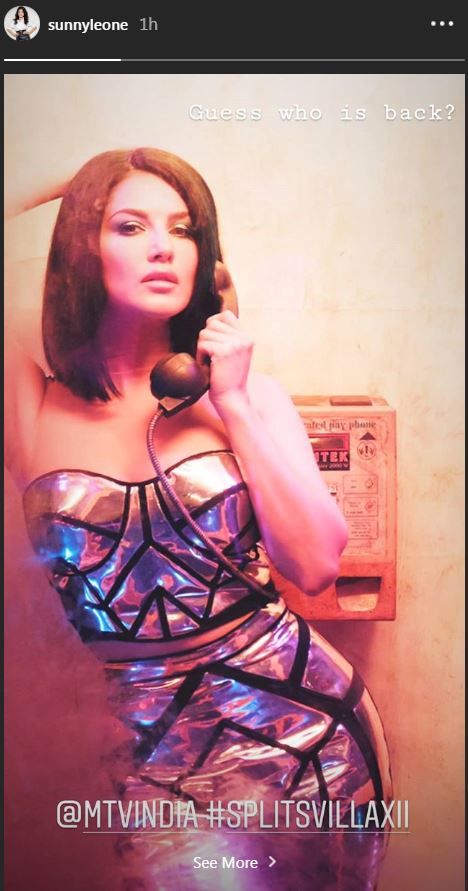 Talking about this season of the show, there were reports that it will be bigger and better. Every year the makers work hard to form the contestant list so that the controversies in the show are exciting and spicy. And now it seems as if the contestant list is finally out for the twelfth season. The confirmed participants for the show are Arshiya, Bhavya Singh, Ankush Kalyan, Bhavin Bhanushali and Pranav Bharadwaj.

We just can’t wait to for the dramatic love game show to begin.