The viral anthem has made its way into India as well, and a similar flash mob is scheduled to take place today at New Delhi's Jantar Mantar at 3 pm.

Santiago: A Chile feminist anthem protesting against sexual violence has gone viral, with groups of women replicating it across the world. The flash mob organised by the feminist collective LasTesis, was first performed in Chile’s Valparaíso on November 20, and in a few weeks, it has managed to become one of the roaring themes against sexual violence for women across the world.

The viral video shows, women of all ages from around Santiago, dressed in black and wearing red scarves and blindfolds, gathered together, chanting and dancing in coordination, “Y la culpa no era mía, ni dónde estaba, ni cómo vestía.”

“The fault is not with me, nor where I was, nor how I was dressed… The rapist is you! Patriarchy is a judge who punishes us for being born and our punishment is violence that you don’t see”, the women sang, stomping their feet and waving their arms in a choreographed routine being rapidly adopted around the world.

LasTesis, who organised the flash mob said they decided to release the performance early after complaints of police abuse of women emerged during a crackdown on recent social protests in Chile.

Inspired by the same, similar performances have been staged by women in Paris, Barcelona, Mexico City and other countries of the world. Given the rising number of sexual crimes against women in India, the much-needed viral anthem has made its way into Indian cities as well, and a similar flash mob is scheduled to take place today at New Delhi’s Jantar Mantar at 3 pm.

The Indian chapter of it — ‘A Rapist in Your Way Intervention India Chapter In Solidarity’, will have the following as the theme song: 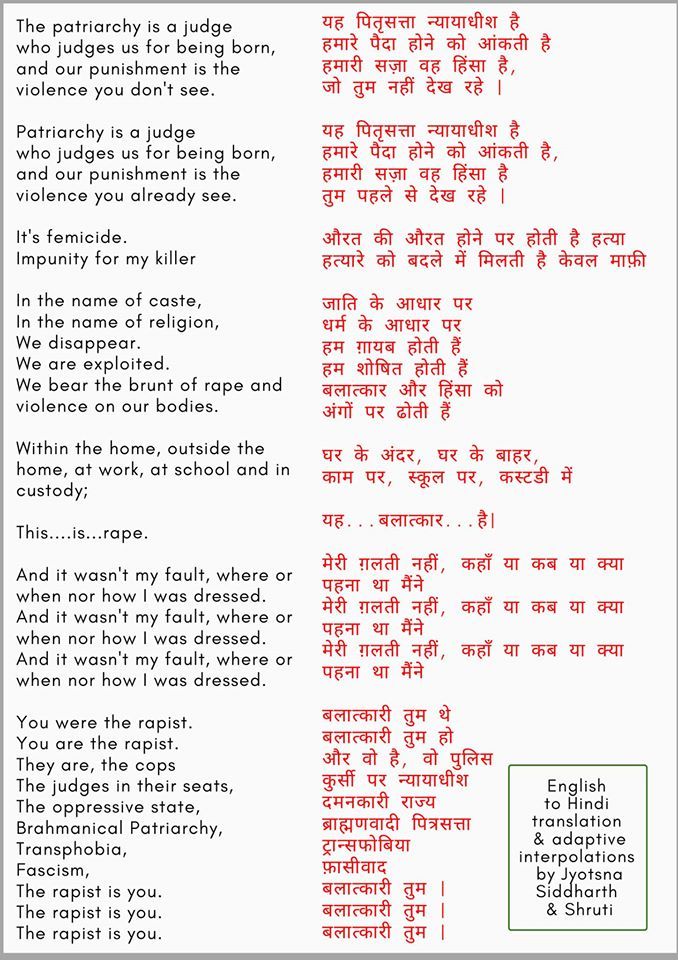 According to the United Nations, a third of all women and girls experience physical or sexual violence in their lifetime, and half of women killed worldwide were killed by their partners or family.