The amazing architecture was to co-exist transportation and residential projects together in such a populous city of China's Chongqing.

We have all cribbed about using the public transport and the trouble in getting into one. In the morning rush, there is no pain like missing train or bus. But what if your train comes to your building to pick you? Sounds impossible, right? One of the buildings in China actually has the facility. Tackling population and saving space, some creative engineers made possible for trains run through their building in Chongqing city of China. The train literally stops at their doorstep! The 19-storey building in China actually has a track running through it. The light rail passenger train also has transit stop inside the building. The residents of the apartment just have to go to the sixth floor to catch a train. I have never read about something so convenient in my life!

Chongqing which is located in southeast China has 49 million residents and is China’s so-called “Mountain City.” The amazing architecture was to co-exist transportation and residential projects together in such a populous city. With space crunch becoming a pressing issue, engineers came up with this creative way to solve the problem. The train stations made between 6th and 8th floors help residents travel to their destination without leaving the building. Watch China building a bridge in just 48 hours like a BOSS! 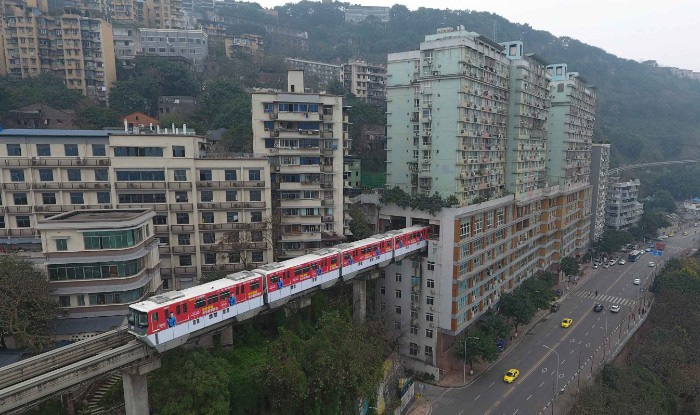 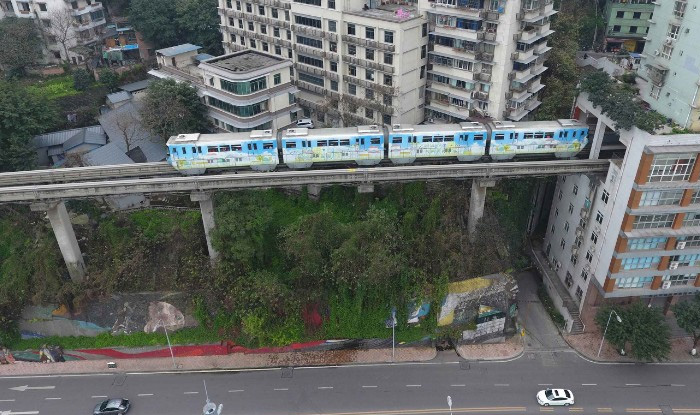 And if you are wondering how the residents live there with the constant noise of the trains, they have a solution for it too. The trains are specially designed to not make less noise. According to residents, the train while passing through the building produces only 60 decibels of noise! With all the fanfare the building has become quite popular in the city.

Watch a video of the train entering the building in China: