Television’s Komolika aka Hina Khan has made it to the top on her own. The simple girl who stepped into the world of glamour with her Yeh Rishta Kya Kehlata Hai in 2009, portrayed the role of an obedient daughter and bahu Akshara and soon became the household name. Then the gorgeous made her appearance in Bigg Boss 11 and then there has been no looking back for her ever since.

Hina, who always stays fit and healthy just took to her social media to tell her fans how much she loves chai (Tea). Hina has time and again shared her daily life wherein she shares her diet and food giving a testimony of the simple lifestyle the actress prefers.

Hina Khan wore a white dress and with a white blazer. She also opted for a double layered white belt to make it look more stylish. Hina also kept her makeup subtle and kept her straight hair flat. Her nude stilettos added much to the glamour. Seems like it was a chilling working day for Hina.

Take a look at Hina’s pictures: 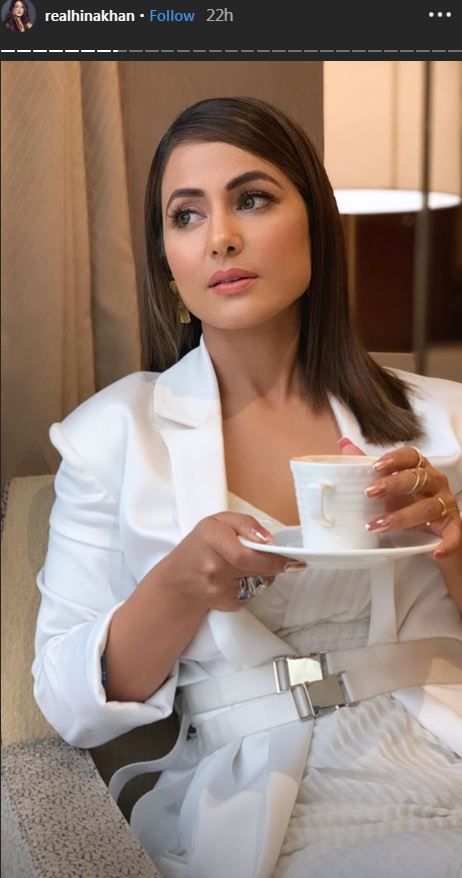 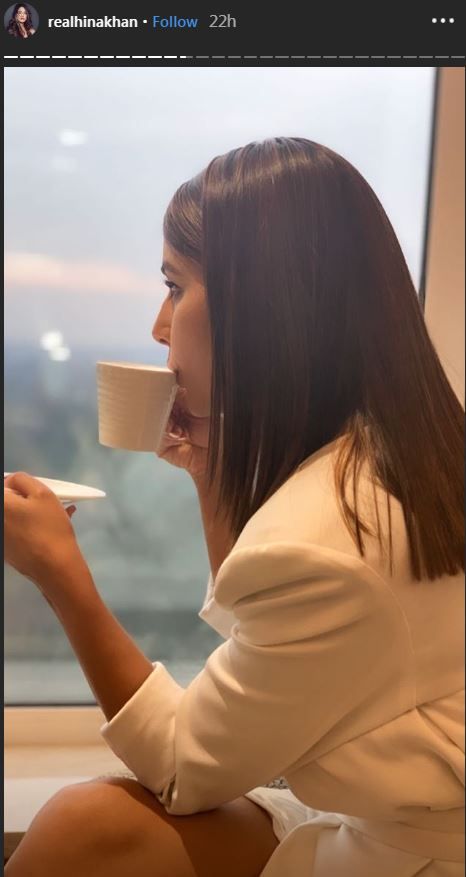 She is currently seen playing the role of Komolika in Kasautii Zindagii Kay. However, she has confirmed to take a break. While talking to Mumbai Mirror, she said, “I am not quitting ‘Kasautii’…, but I am going on a break for five-six months, as I have given my nod to a movie. I can’t disclose much about the film, but yes, I have communicated my decision to the makers of the show. Having said that, I will be back on the show whenever I am required. In the earlier season too, the track would change and Komolika would take a break and come back. As of now, I won’t be seen post March.”

Hina is all set to make her Bollywood debut with the film titled Lines. The movie also features Farida Jalal. Earlier, she also featured in a music video that was well received by the audience.