When a female journalist tries to ask question about Anushka and her love bond with Virat, the bollywood beauty gives cunning reply to her. 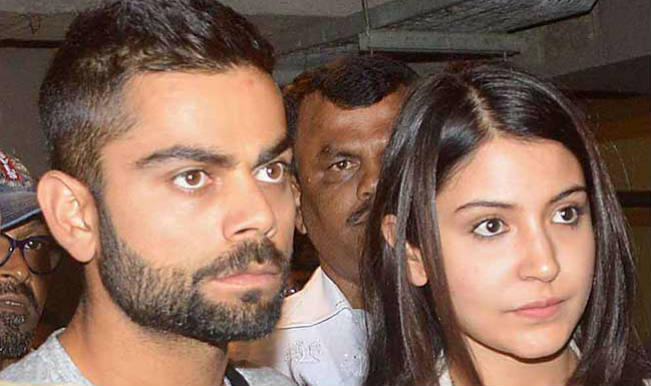 Since Anushka Sharma reached Australia to cheer her beau and Indian batsman Virat Kohli during the ICC Cricket World Cup 2015 semifinal, the media has been tracking every move of the couple. The actress has frequently been asked questions about her relationship with Kohli. The inquisitiveness does not stop with the mediapersons alone. Even the  average guy on the street is curious to know about the hot couple. Pictures of Virat and Anushka get maximum likes and shares on social media. Is it a kind of breach in privacy of the two celebrities? (Also read: Anushka Sharma, Virat Kohli return from Suresh Raina & Priyanka Chaudhary’s wedding!)

Here is a video by Hot Garam News, in which Anushka is seen giving an interview to a channel during the promotion of her recent movie NH10. When a female journalist tries to ask questions about Anushka and her relationship with Virat, the Bollywood beauty comes up with a cunning reply. The journalist continues her effort to milk out gossip about Virat from Anushka, but the actress avoids the questions perfectly.

Yes we know Anushka and Virat are spending time together and might be more than just friends. But it do6esn’t mean media should harass them asking questions about their personal lives. Of course, they are celebrities and people want to know about them. But they are also human beings and have all right what to share with public and what not to.