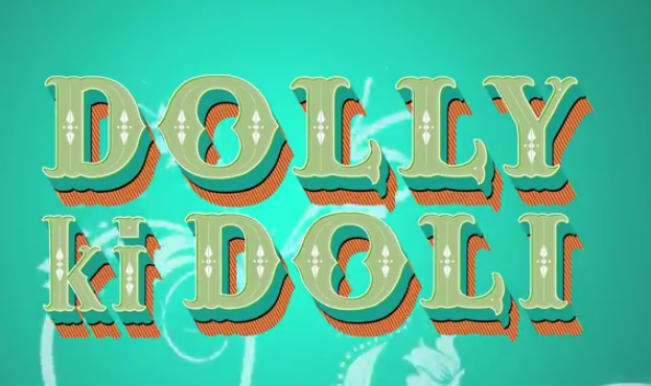 Style goddess Sonam Kapoor, who’s last film Khoobsurat got mixed response from the audience, is all set to feature in yet another film. The motion poster of Sonam’s forthcoming film Dolly Ki Doli has been officially released.

The DKD motion poster doesn’t show the cast of the film and doesn’t really reveal much about it as it only shows three hands on which Dolly’s name is tattooed. Sonam took to Twitter to announce the news of the release of the motion poster.

Produced under the banner of Arbaaz Khan Production, Dolly Ki Doli features Sonam Kapoor, Pulkit Samrat, Varun Sharma and Rajkummar Rao in the lead roles. CityLights actor Rajkumar Rao will be seen in a completely different look with a funny cap. While Sonam Kapoor, who play Dolly, will be seen romancing with the three male leads of the film.