Watch video: This girls perfect imitation of Kangana Ranaut is winning hearts all around

Kangana Ranaut is one of most accomplished actresses of these times. She is reigning Bollywood completely after her hits like Queen, Tanu weds Manu series. The latest installment of Tanu weds Manu must have left you spell bound with  her performance both as Tanu and Datto. The actress is surely winning accolades for her it.

Monica Murthy inspired by Kangana’s acting skill decided to show off her mimic skills. In the video Monica mimics the two characters portrayed by Kangana Ranaut in her movies Tanu weds Manu Returns and Queen.  She has aped the actress portraying nuances of Kangana in the most epic precision. You are sure to get flipped while you watch the video. (ALSO READ: Kangana Ranaut’s first look from Simran unveiled!) 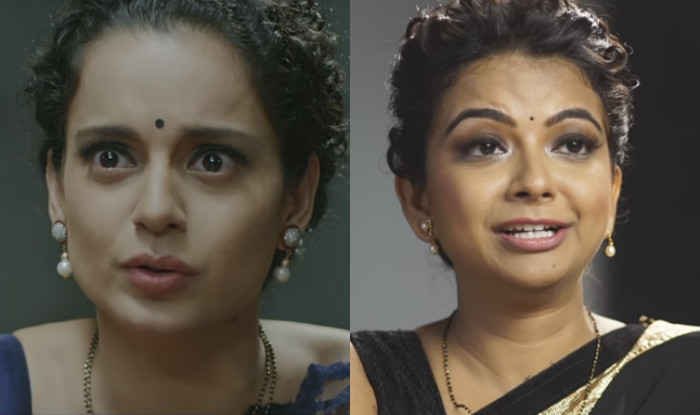 Also, a tip will be if you really want to get more confused differentiating between Kangana portrayal and Monica’s mimic just listen to the audio only, you would not be able to figure out!

Singer-actor-anchor Monica Murthy has surely nailed it and the credit goes to the team as well who came up with this epic video. Take a bow you all!