When Lord Hanuman applied for an Aadhaar card!

Lord Hanuman has managed to get an Aadhaar card made, but there are no takers for it. 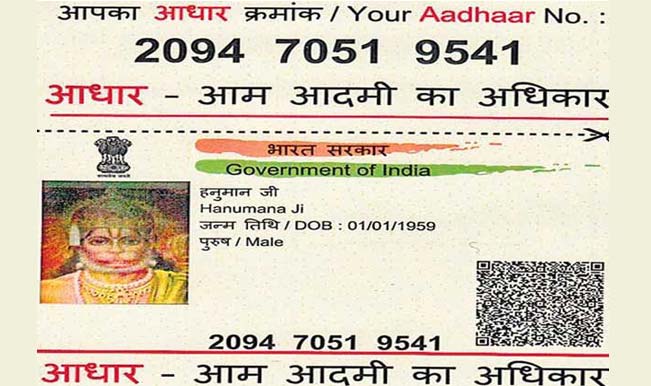 Sikar, Sep 11: Lord Hanuman has managed to get an Aadhaar card made, but there are no takers for it. The unique identification card with registration number 2094705195411 bearing a picture of the popular Hindu god, addressed him as the son of ‘Pawan’ besides giving a mobile number and thumbprint.

A postman from Dantaramgarh here was unable to deliver the card, which was dispatched from Bangalore on September 6, as there was no authentic recipients for it, post office authorities said.

“When postman Heera Lal received the card for delivery, he was shocked and brought the matter to the notice of senior officials. When they tried calling the number, it was switched off,” said postmaster Gobraj, adding that preliminary probe into the matter suggested that the card was made by one Vikas.
The card will be sent back to Bangalore as there was no recipients for it, he added.