Adoptee from India Searches for Mother in New Documentary

Nisha Grayson has always wondered where she came from. The young Indian American woman was adopted from India by an American couple while an infant, and now, she has captured her journey in a documentary, “You Follow: A Search for One’s Past.” 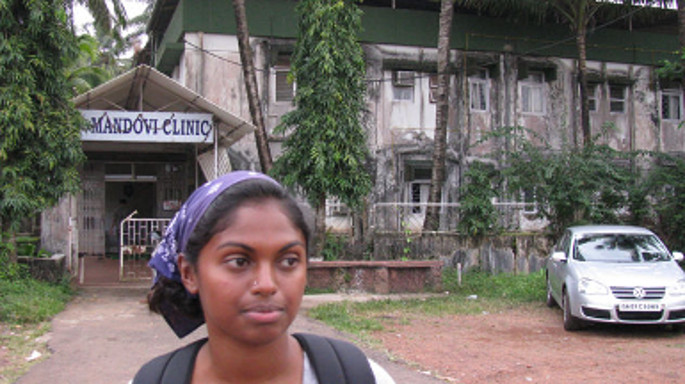 Also Read - Sushant Singh Rajput And Rumoured GF Rhea Chakraborty Were Going to Feature in Their First Film Together?

by Lisa Tsering – Follow @LisaTsering
SAN LEANDRO, Calif. — Nisha Grayson has always wondered where she came from. The young Indian American woman was adopted from India by an American couple while an infant, and now, she has captured her journey in a documentary, “You Follow: A Search for One’s Past.” Also Read - US Woman Wears Bikini Made of Masks to Protest Against COVID-19 Restrictions, Slammed Online

“My life story began at the Los Angeles airport at the age of six months. It was always very important to me to somehow find out what happened to my birth mother and [me] during those first few months,” she said in a statement Also Read - YouTuber Leaves Handwritten Note After Scratching Neighbour's Car, Resident's Response is Winning Hearts

“I was able to travel back to Goa, and I can now pass those experiences down to my future children and grandchildren.”

At first discouraged from exploring her past — told by acquaintances that her birth mother was probably a prostitute, or even “you were abandoned” — Grayson never gave up, teaming up with a friend, Sharmila Ray, to direct the film, and Columbia University film school graduate Brad Lavery to produce it.

They raised $15,000 on Kickstarter in 2012 and embarked on an unforgettable journey from her home in Elk Grove, Calif. She was 28 years old.

Nisha Grayson, adopted by an American couple when she was an infant, traveled to Goa to search for her birth mother in a new documentary, “You Follow: A Search for One’s Past.

“We don’t often listen to that little voice that urges us to break free of our limitations and do the things that really excite us,” Grayson said in a statement.

“I want this film to encourage people to follow their hearts and open up to embarking on their own personal adventure.”

Grayson told the Sacramento Bee, “I grew up telling people I’m Indian, or I’m Goan, and I had no idea what that meant. Now I can see what the life of an Indian woman looks like.

“I understand what it’s like to be an Indian, or Goan woman.”

“You Follow: A Search for One’s Past” premiered Aug. 22 at the 24th Street Theater in Sacramento. To learn more about the project, visit YouFollowTheFilm.com.