Avogy, Inc., a provider of energy efficiency and power conversion systems, has raised $40 million in series “B” funding led by Intel Capital, with participation from existing investor Khosla Ventures. 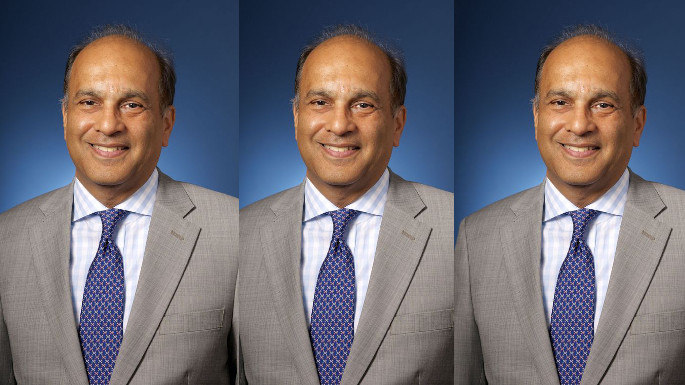 By Richard Springer
San Jose, Calif.--Avogy, Inc., a provider of energy efficiency and power conversion systems, has raised $40 million in series “B” funding led by Intel Capital, with participation from existing investor Khosla Ventures. “Avogy has demonstrated new technology that dramatically reduces the cost, size and weight of power systems, which will benefit consumers,” said Intel Capital president and Intel Corp. executive VP Arvind Sodhani. “The company’s products are a strategic fit for a broad range of Intel platforms, including Ultrabooks, all-in-ones and workstations,” he added. Intel Capital managing directorRamamurthy Sivakumar co-led the investment. “Power systems have to evolve to meet the needs of an increasingly mobile workforce which utilizes multiple devices,” said Avogy president and CEO Dinesh Ramanathan. “We are radically changing the way these devices will be powered. Intel has opened up opportunities for Avogy products in the consumer marketplace.” Also Read - ABCD of OTT Business: How Digital Platforms Benefit From Free Release of Films Like Dil Bechara - Director Ashish Shukla Answer All

Ramanathan was previously executive VP at Cypress Semiconductor and a director of business management at Raza Foundries. He has M.S. and Ph.D. degrees in information and computer science from U.C.-Irvine and B.E. and M.S. degrees in computer science and mathematics from BITS-Pilani. Also Read - Temperature at 'Death Valley' in US Soars to 54.4 Degrees Celsius, Hottest Since 1913

Mumbai-based FreeCharge, an online mobile site where users can earn coupons when they add money to their prepaid mobile phone plans or pay utility bills online, has raised $33 million from Sequoia Capital, Sofina and Ru-Net. FreeCharge’s platform captures online and offline purchasing behavior and brand preferences by offering incentives and discount coupons. “We are innovating at breakneck pace in the mobile app ecosystem and this round of funding will go a long way in establishing FreeCharge as a household brand in the country,” said FreeCharge co-founder Kunal Shah. The company, which has about 10 million registered users, recently acquired mobile app start-up Preburn. “FreeCharge is creating a unique new category, an advertising platform with the ‘consumption graph’ for the most valuable online consumers,” said Sequoia Capital India managing director Shailendra Singh.

Seva Call, a Washington, D.C. area-based provider of a search tool connecting consumers to roofers, plumbers and other professionals in their areas, has changed its name to talklocaland raised $2.6 million in new funding. The company said it now has sent more one million phone calls to local businesses. Manpreet Singh, co-founder of talklocal with Gurpreet Singhand Amandeep Bakshi said, “Hitting one-million calls is a testament to our strong performance to date, but we’re setting the stage for an even steeper rate of growth going forward.” Users enter their needs on talklocal’s Web site or app, which relays the request to the appropriate service providers. The user then hears back from three of them, based on criteria including reviews/reputation, location and schedule. The new round was led by the Crystal Tech Fund, Fortify Ventures, Privateer Capital and Launch Angels, with participation by other funds and angel investors. “Seva Call” referred to the Punjabi word for service and was a play on the phrase “save a call,” but the new name has tested well with consumers and services companies, the company said. The service has been launched in more than 50 major cities in 49 states.

Seattle, Wash.-based Columbia Pacific Management, an employee-owned, investment advisor to high-net-worth individuals, said its Columbia Asia unit, which has created one of the largest hospital systems in Southeast Asia and India, plans to invest another $150 million to expand its network to 34 hospitals and one clinic by 2018. Columbia Asia opened four new hospitals over the last few months in Bangalore, Ahmedabad and in Jakarta and Semarang, Indonesia. The firm has more than 8,000 employees serving more than two million patients a year in 26 hospitals and one clinic in India, Malaysia, Indonesia and Vietnam. “No other healthcare provider in Asia has hospitals in as many countries operating under a single brand,” said Columbia founder Daniel R. Baty.

JNA (Jewellery News Asia) has honored Anoop Mehta, president of India’s Bharat Diamond Bourse, with its Lifetime Achievement Award, which recognizes “visionary leaders who have made significant contributions to the jewelry industry, particularly in Asia.” “This award is testament to the remarkable teams of people that I have had the privilege to work with in order to bring the Bharat Diamond Bourse to full operation,” Mehta said. The bourse is a nonprofit organization devoted to establishing facilities for the promotion of diamond trading. He is managing director of Mohit Diamonds Pvt. Ltd. and a partner at Mohanlal Raichand & Sons. JNA will present the award to Mehta at Sept. 16 on the sidelines of the Hong Kong Jewelry & Gem Fair.

Prakash Dheeriya, a professor of finance at California State University, Dominguez Hills, has launched a “Law for Kidz” book series to promote literacy among children. It is a follow-up to his earlier “Finance for Kidz” series teaching kids about basic finance. All the books are based on his toys, games and experiences with children.