One of the most dynamic, innovative and loved Kathak dancers and teachers, Pandit Chitresh Das, died in San Rafael, Calif., Jan. 4 with his family by his side. 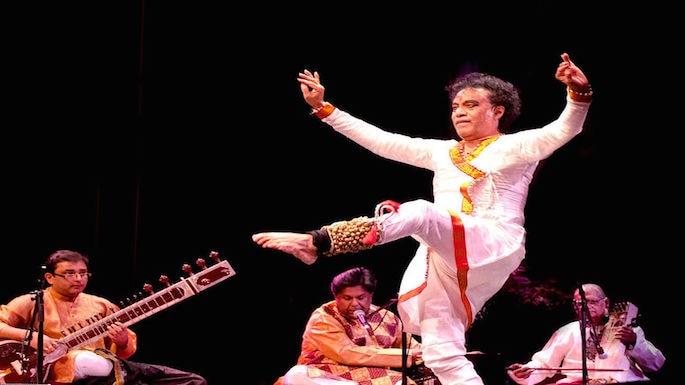 One of the most dynamic, innovative and loved Kathak dancers and teachers, Pandit Chitresh Das, died in San Rafael, Calif., Jan. 4 with his family by his side.

Pandit Das, who had just celebrated his 70thbirthday in November, passed away suddenly due to acute aortic dissection, according to the Chhandam School of Kathak and Chitresh Das Dance Company. He did not suffer and was surrounded by family and loved ones, said a release.

“His contribution to Kathak, to dance, to art, to India, to community, to humanity, and to life stretch across the globe and beyond. In his words, ‘Life and death are the only reality. You come alone, you go alone. Only thing to do in between is practice and do whatever you do with love.’”

Pandit Das is survived by his wife, Celine, his two daughters, Shivaranjani and Saadhvi, his disciples, students and the countless people he has touched.

A child prodigy, Pandit Das became one of the most dynamic and far-reaching artists to have emerged from modern India, according to his biography. A prolific artist, his performances, choreography and evolution of Kathak have influenced the art form worldwide. His disciples have gone on to establish their own careers in Kathak dance.

Based on his concept of “innovation within tradition,” Pandit Das explored the boundaries of Kathak technique and performance, creating compelling new works and techniques that were inventive yet deeply rooted in the Kathak tradition. His innovative technique of Kathak Yoga was recently published as the subject of a doctoral dissertation at Harvard University.

Trained from the age of nine by his guru, Pandit Ram Narayan Misra, Pandit Das was schooled in both major Kathak traditions of the Lucknow school as well as the Jaipur gharana.

He was the recipient of numerous awards and grants ranging from the National Endowment for the Arts, the California Arts Council, to the Rockefeller Foundation, among others.