The standard wipers on premium cars can now be bought for your car too! 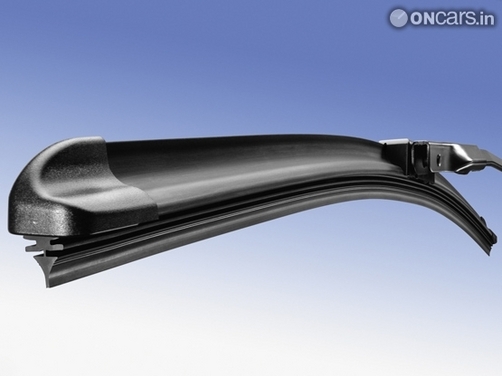 Also Read - Video : With the EX, the Force One goes more value-for-money!

Bosch has been the pioneer in making wipers for almost 75 years, and probably are the best in the industry right now. The Aerotwin Wiper from Bosch stands up to the reputation for Bosch.  Also Read - With the EX, the Force One goes more value-for-money!

The Aerotwin comes with an inbuilt aerodynamic spoiler and hence its can be used on a range of cars without any wind resistance and wind-induced noise. With a direct fit to most of the cars, the Aerotwin is considered one of the best replacement wipers. With manufacturers using the Aerotwin as the standard wiper for premium cars in itself speaks for the quality of the product. 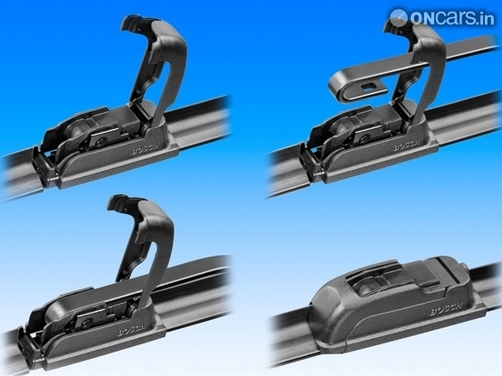 The Aerotwin has a bracketless construction and implements the Bosch twin rubber technology which makes it durable. The bracketless design also avoids rusting of the joint which is common to the normal wipers.  Unlike conventional wipers which harden up in due course of time, The Aerotwin lasts longer. The wipe from these wiper blades are clean and without any noise. As the weight of the wiper is distributed evenly, there is no extra wear and tear on specific parts of the windshield as it happen with the normal wipers. This not only avoids change of the wiper blades more frequently, but prevents damages on the windshield.

These wipers can also be used in extreme winter conditions unlike conventional wipers which damage the windshield due to formation of ice on frame and joints.

Installation of the Aerotwin is also easy as it just uses a Patented Quick Clip connector system (shown above) and hence the wiper replacements are very easy. The AeroTwin wipers are priced economically and the retail price depends on the application.