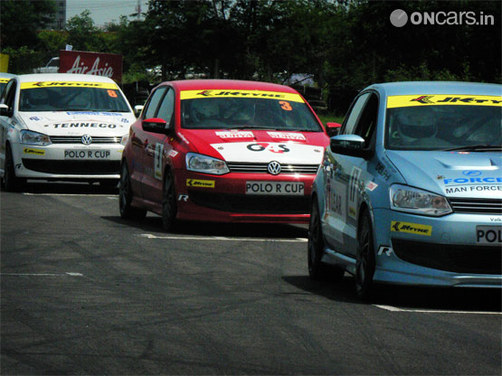 The fourth round of Volkswagen Polo R cup was held at Madras Motor race track (MMRT) over the weekend. Just like every round of national championship, this round was also split into practice, qualifiers and two races over the weekend. Also Read - India to be Under Lockdown For 21 Days, Confirmed COVID-19 Cases Spike to 536 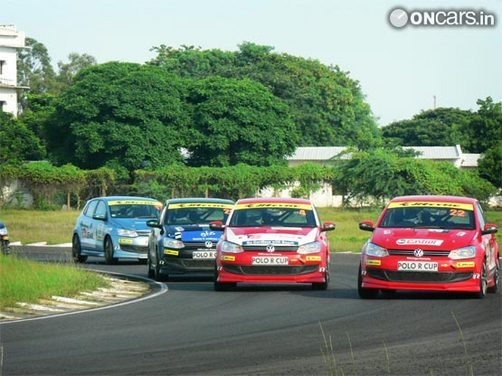 Competitors were greeted by a wet track due to overnight rains at the time of free practice. However, the rain gods relented on Saturday, and by the time qualifying began the track was relatively dry. Local lad and championship leader Vishu Prasad clocked the fast time during the qualifying, but due to the penalty from the last race started from tenth on the grid. This promoted Munjal Savla to pole position ahead of Oshan Kothadiya on the front row, Avdumber Hede and Rahil Noorani occupied the second row in the third and fourth positions respectively. 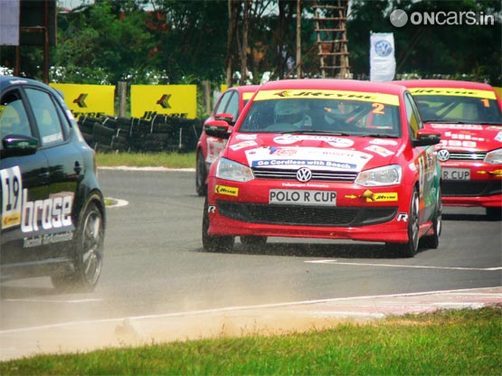 In the first race of the weekend, Oshan overtook Munjal on the first corner of the opening lap and won the race two seconds ahead of Munjal Salva with consistent lap times. Rahil Noornai occupied third place on the podium after Mihir Dharkar was penalised for a false start. Oshan also clocked the best lap of the race with 02:04:073 and total time of 20:51.892 in a 10 lap race. 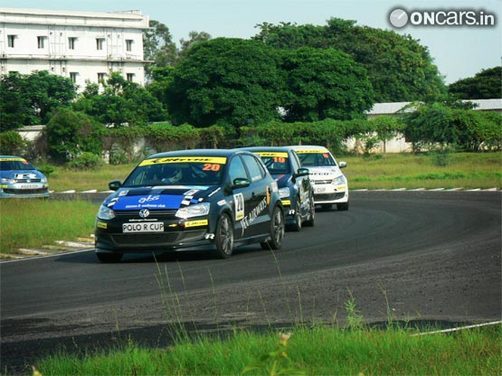 The weekend also saw an exciting special race called ‘Bosses race’, for the top executives of different companies. In this short loop race of 6 laps, Purab Kohli finished inches ahead of FMSCI president Vicky Chandok for a perfect photo finish, with Welner Ploner finishing just 0.5 seconds behind them for third place. 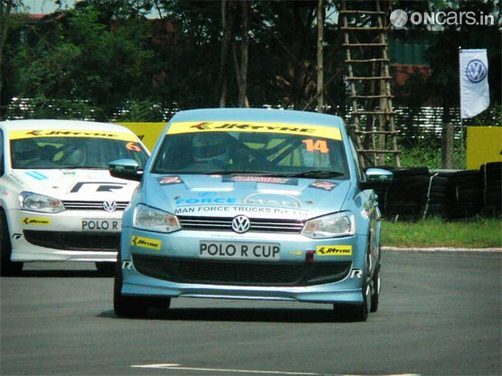 The starting grid for the second race of Polo cup is the reverse order of the top eight cars of the first race. This format is implemented to give fair chance to all the drivers to improve on their performance and hence Abhivan Agarwal, Sourav Bandyopadhyay and Vidit Jain respectively occupied the top three positions on the grid. First race winner Oshan starting from eighth position crashed in the opening lap of the race. The driver was unharmed, but this brought the safety car out. Rahil Noorani took advantage of the bunched cars and quickly climbed to second position behind Vishu Prasad. However, Vishu and Angad were awarded a 30-second penalty each for violating safety car procedures, and Rahil won the race with comfortable margin of eight seconds over Sourav in second place and 13 seconds over Avdumber Hede. Mihir Dharkar had a forgettable weekend, as he was once again awarded a 20-second penalty for a false start. 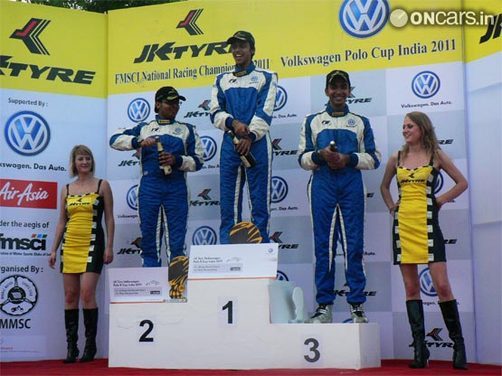 Rahil Noorani (235 points) has now taken the lead from Vishu (228 points) in the championship table, with a win and third place finish this weekend. With only two rounds remaining, the competition is becoming exciting as the top three drivers are separated by just 10 points. The next round of the Polo R-cup will be held at Chennai on October 15 and 16.