We present a crisp report on some of the Dragon-themed cars that posed in Shanghai this week.

Errr, no. It wasn't that. It was in fact, the 2012 Beijing Auto Show. However, in our defense, anyone could get easily confused considering the overly hyped astrological phenomenon revolving around the Year of the Dragon that was created in Shanghai. Also Read - Lamborghini sales climb 21 per cent in India in 2012

Yes, 2012 is the Year of the Dragon. Yes, it is considered to be the biggest symbol of good luck there is. Yes, the kids birthed in the Dragon Year can make glitter out of glue. But it is all, a part of the Chinese culture. And yes, the western automakers may want to join in and celebrate with the Chinese folks. But don't over do it. Because then, it is not considered celebrating. It is considered stereotyping. Unless, the Americans wouldn't mind if Tata Motors brought a hamburger-themed Megapixel to Detroit or the if Fiat crafts a 'Hello Kitty' Linea for the Tokyo Motor Show. 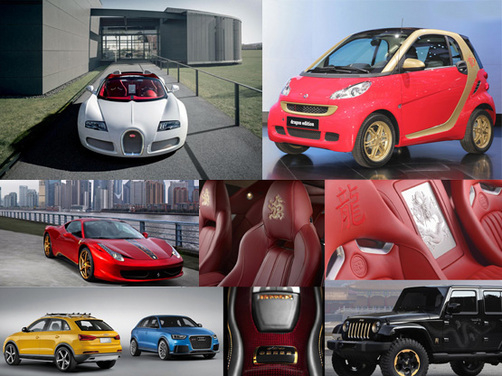 Anyhow, the flip side is this. While a sizable chunk of Chinese automakers exhibited their respective vehicles at the Auto Show, not a single Chinese company crafted or exhibited any dragon-tattooed special cars at the automotive event.

Which probably, is the Chinese way of saying, 'Take a hint.' Building dragon tattooed cars and trying to sell it in a country where you can find literally everything from a dragon-themed toothbrush to a pair of dragon-shaped crocs, it may not work exactly as the automakers had hoped for.

And if these companies really do wish to capture the booming automotive sector in China, why not consider including other things such as Machurian noodles, Chinese herbs and Tarot cards in their future special edition models.

Having said all of the above, we present to you some of the dragon-themed models, which were presented at the 2012 Beijing Auto Show. We promise, some of them weren’t that bad. 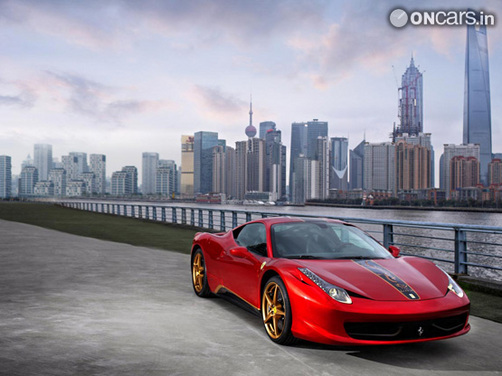 Ferrari has two reasons for celebration in China. The first one should be obvious by now. The second reason is that the year 2012 marks the 20th anniversary for Ferrari in China, since the first Ferrari, a 348TS was ordered in Beijing. And to mark the milestone, Ferrari has not only come up with a special edition of the 458 Italia, but have also announced to inaugurate its first ever permanent brand exhibition outside of Maranello, Italy at the Italia Center of Shanghai World Expo Park in few weeks. 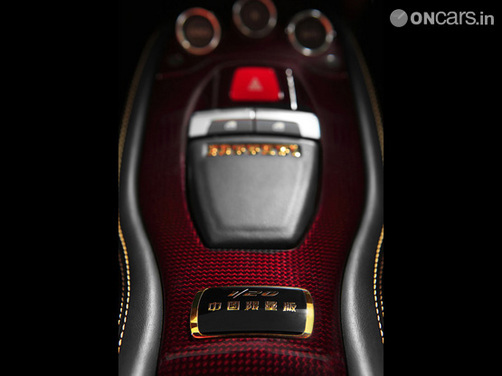 Coming back to the special edition now, the 458 Italia comes finished in the gaudy Marco Polo Red colour and wears black striped with gold dragon detailing and gold-painted wheels. On the inside, there are more gold dragons stitched on to the headrests. The Chinese character for the word 'start' is inscribed on the engine started button.

Thankfully though, only 20 of such models will be built and will be confined within the border of China. 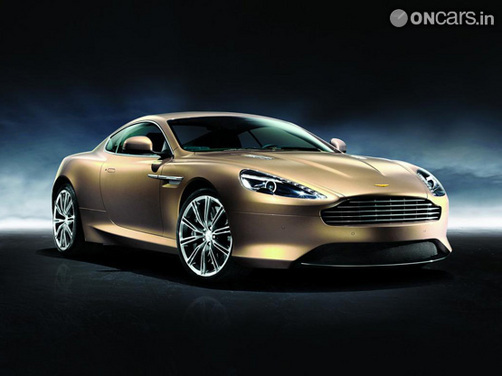 While Ferrari will build just 20 models of its China Special Edition Italia 458, Aston Martin will unleash 88 units of not one, not two, but three of its models under the Dragon 88 special edition series – the Aston Martin DBS Volante, Virage coupe and the V8 Vantage S coupe. Each car will feature bespoke details that “celebrate the mystical qualities of the dragon symbol.” 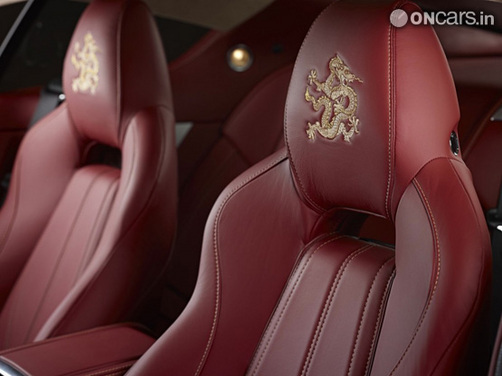 Under the “Dragon 88” trim, the cars will be adorned with 24-karat gold applied to the signature Aston Martin wing badges on the front and the embroidered dragon logo on the front seat headrests. The Limited Edition cars will be offered in three colour tones – Amethyst Red, Volcano Red and Champagne Gold. Each exterior colour comes with a unique interior finish that includes Spicy Red, Deep Purple and Red Chancellor respectively.

Other elements on the Limited Edition 99 are metal and burl Piano Black finishes with a contrasting Sahara Tan stitching, a special badging that comes with the model number, and dragon logo. True to its special edition nature, the plate is made out of filaments of Metallic Gold, Truffle Cream, Winter Wheat, and Kestrel Tan.

Lastly, the Limited Edition 88 with a set of alloy wheels in a ten-spoke design and silver finish and black brake calipers. As the name suggests, the British automaker will build only 88 models and each will be reserved exclusively for the Chinese market. 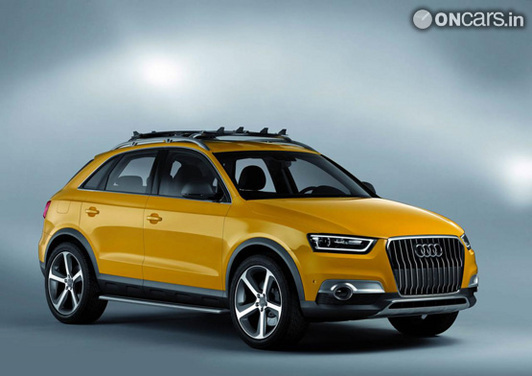 Audi unveiled a special concept version of its luxury SUV, the Q3 called the Audi Q3 Jinlong Yufeng, which literally means “Golden Dragon in the Wind.” Oh, and in addition to the golden dragon theme, the concept was also designed, keeping the popular Chinese sport of kite surfing in mind. And that is why you see two surfboards of carbon fibre reinforced polymer on the roof.

The body of the Jinlong Yufeng edition is painted Liuli Yellow with matt quartz-colored body panels with aluminum under-body guards. The roof rack has integrated LED lights in the front for extra lighting. Inside, the car in dominated by black, grey and yellow. The seats, door panels and seat stitching are all in the Liuli Yellow with a Nappa Leather instrument panel and seats made from woven leather. 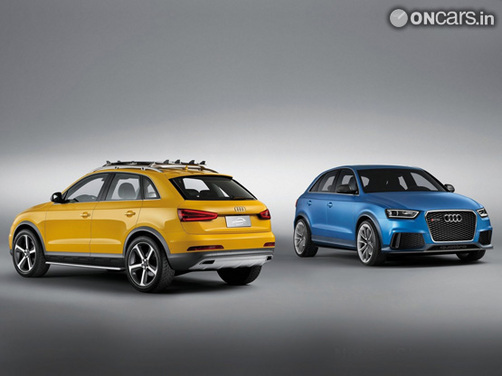 Power comes from the 2.5-litre TFSI, five-cylinder engine with 310PS and a seven-speed S-Tronic DSG transmission. Acceleration to 100km/h comes in 5.5 seconds and top speed is 250km/h.

Also, we heard that though the Q3 Jinlong Yufeng concept was created just for display purposes, the “Golden Dragon in the Wind” name could actually be reserved for a future special edition model should Audi ever decide to celebrate something in China. 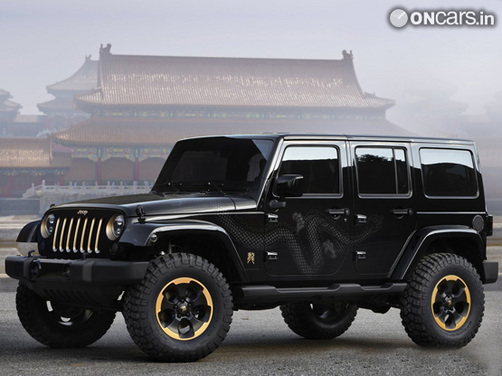 Chrysler crafted the Dragon concept by first taking the China-market Jeep Wrangler Unlimited Rubicon model and splashed it with the darkest shade of black there is, on everything from the fenders and bumpers to the wheels and the roof. Then added the bronze-gold dragon decals on the hood and the left flank, the spare tyre cover and on to the carbon fibre engine cover. 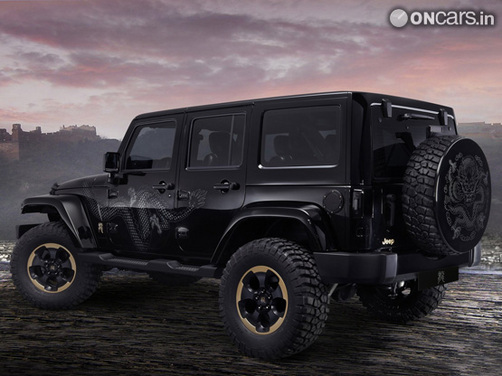 The black-bronze gold theme continues on the inside with black leather seating surfaces with bronze-gold accent piping and stitching. Dragon-scale patterned bronze-gold leather covers the outside edges of the seats and the front center armrest.

The Wrangler Dragon concept could be pushed into production, if the demand in China is high enough. 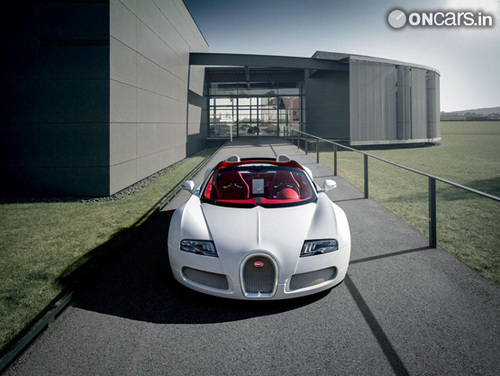 Bugatti Veyron crafted a one-off edition of the Veyron 16.4 Grand Sport, called the 'Wei long' especially, for the Chinese market. Featuring a number of dragon motifs inside and out, the Wei Long is priced at 20,85,000 dollars or (Rs 10 crore approximately.)

While the dragons alone, as fancy as they look, may not justify that heavy price tag. But the underlying performance of the potent 16-cylinder Grand Sport does put forth a convincing case. 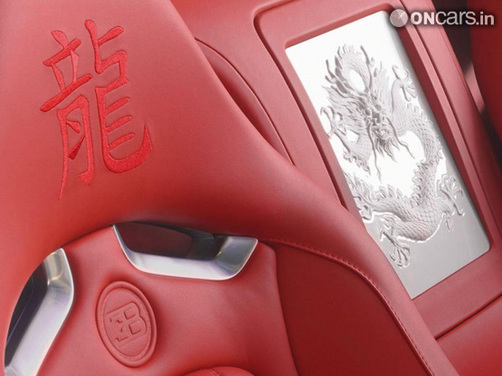 The one-of-a-kind Veyron Wei Long was developed in co-operation wit Berlin-based Konigliche Porzellan Manufaktur (or Royal Porcelain Manufacturing) and is fitted with porcelain dragon relief sculptures on the body, including the fuel filter cap and the in the cabin. In addition, each headrest features an embroidered dragon, while the handcrafted silk floor mats sport an embossed dragon. The model's exterior is finished in white, with a carmine red cabin. 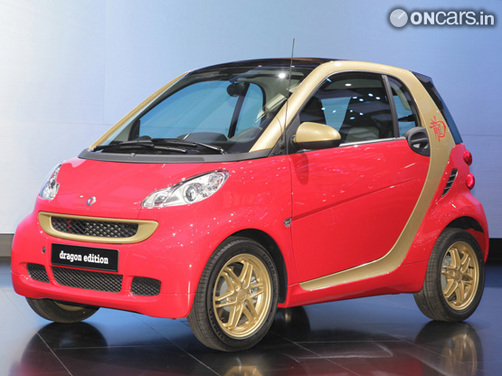 Smart unveiled a China-special ForTwo Dragon Edition, again to celebrate the Chinese Year of the Dragon. Built by Brabus, the Dragon edition ForTwo features all the dragon thingies such as special gold-painted allow, red and gold painted exterior and the ancient-style dragon characters on the B-pillar. And of course, the interior keeps up with gaudy exterior.

The limited Dragon edition ForTwo will be available on sale until the end of the Dragon year, i.e. in late January 2013. 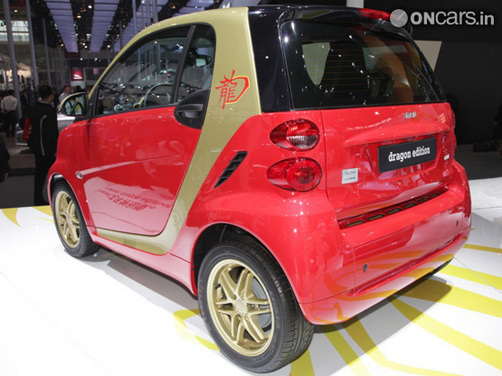