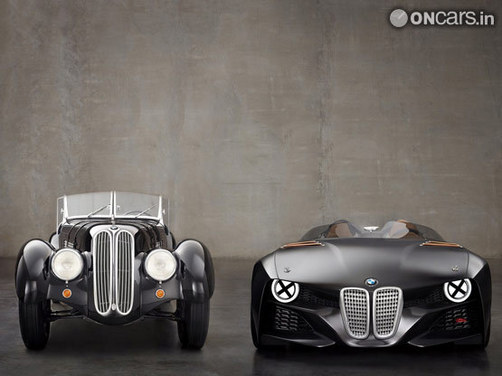 Homage isn’t a word to be taken lightly. Behind it is a sense of deep respect, often offered to someone who has been a trendsetter, more of a legend. The BMW 328 has been just that and the Bavarian car maker has recently given the car its due homage as a part of its 75th birthday celebrations. And the car deserves it! Back in the 1930s, the 328 was the epitome of technology. It laid the foundation for stuff sportscars are made up of in today’s world. The new BMW 328 Hommage concept borrows the 328’s principles and, according to BMW, is an exact interpretation of how the car would have been if it was conceived today. Also Read - Suzuki-powered Caterham Seven 160 offers old school thrills 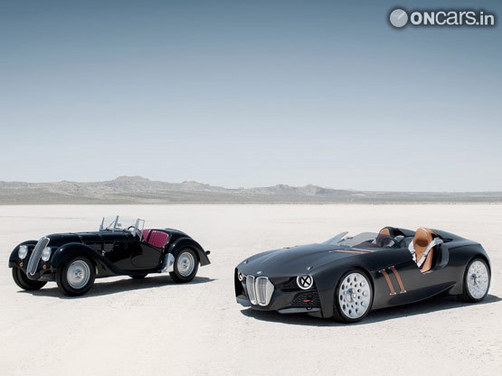 When the 328 came out in 1936, it was one of the prettiest looking roadsters of its time (it looks graceful even today). The 328 was too advanced for its time. Under the beautiful bodywork, it featured tubular space frame chassis and lightweight construction. The car was built using magnesium and aluminium and weighed just 830kg. The new car takes a cue from this and benefits from the availability of carbon fiber now. Most body panels are fabricated using carbon fiber reinforced plastic (CFRP). The best part is that the panels haven’t been painted and the visible carbon fiber weaves make the car appear super light. The theme flows into the interiors as well. The cockpit is laced in carbon fiber, leather and aluminium. 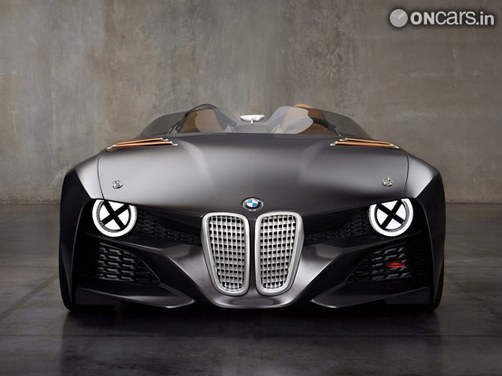 What sets the Hommage apart is its styling. The car is nothing like its inspiration, except for the elongated kidney grille and the taped headlamps at the front. The large round headlights of the Hommage are reminds one of the BMW 328’s. These are now back-lit by LEDs. Between them the black concave surfaces replicates the cross tape used on headlights during racing. The units are lined with an illuminated ring to highlight their shape. 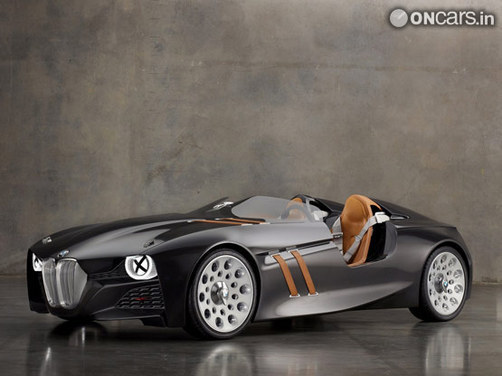 The asymmetrical windscreen has a recess in the centre, clearly marking the driver and co-passenger area and similar to the ones found on racing cars of the past. More vintage touches include four wide leather straps that run across the bonnet and come out again on the side. The classy leather stands out in contrast to the dark carbon surface. The quick-release fasteners for securing the bonnet are reminiscent of its racing pedigree. 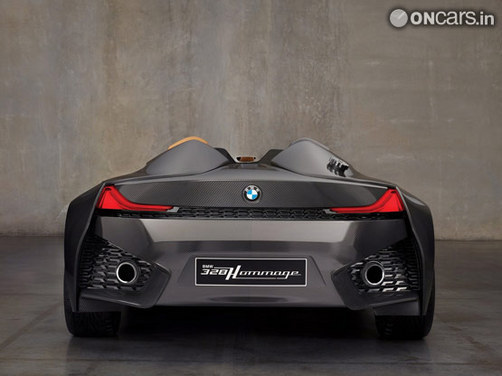 The new car looks sharp and wide-bodied with a low stance. There are no doors and you jump inside, as you would do on a vintage racer. The original 328 didn’t sport any electronic gimmickry inside and the Hommage too sticks to this minimalism. The cabins is divided into two scoops for the driver and the co-passenger. Apart from the steering wheel and other controls, the instrument panel gets two iPhones with specially designed holders that display additional data. The iPhone can double up for a lap-timer/stopwatch and a GPS device. The phones can be carried along with their holders too. The seats of the Hommage are draped in vintage finish brown leather. 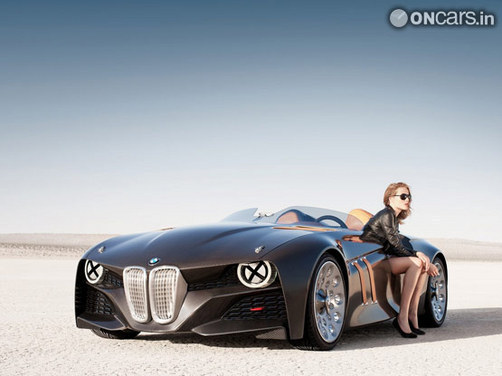 While the original car ran a 2.0-litre straight six under the hood, the Hommage gets a 3.0-litre straight six to give it some serious go around the racetrack. BMW hasn’t disclosed any power ouptput figures, but it will be significantly higher than the original’s mere 80PS of peak power. Anything in the region of 300PS and the 328 Hommage will be a scorcher. 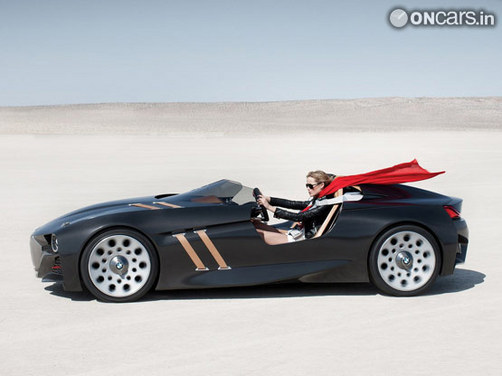 What the Hommage comes lacking with is the 328’s heritage. Although BMW has no plans to put it in to production, the car can never beat the 328’s track record at Mille Miglia. The 328 is the only car currently to win both the original Mille Miglia and the modern-day recreation of the race in 2004. While we’d love to have a vintage 328 in our garage, we pray that BMW adds the 328 Hommage to its line-up soon and put it straight on the Mille Miglia trail. Time to bring in some modernism in to vintage racing then.