Also Read - Is India Heading Towards Another Power Crisis? Check What The Latest Report Says

India is one of the countries which is home for the largest number of two-wheelers in the world. A two-wheeler offers quick and easy transportation at much lower operating costs as compared to four-wheelers. In a country like India, where cities are cluttered by heavy traffic coupled with narrows lanes, a bike or a scooter is the most convenient mode of transportation. With the rising fuel prices, owning a two-wheeler is slowly becoming costlier as well. We have prepared a list of 10 simple tips which you can follow in order to get the maximum fuel efficiency out of your bike and keep the running costs down. (Image Source: bikebandits.com) Also Read: Tips on how to maintain your bikes this winter Also Read - WB Police Recruitment 2022: Registration For 1666 Constables, Other Posts Begins at wbpolice.gov.in| Read Details Here 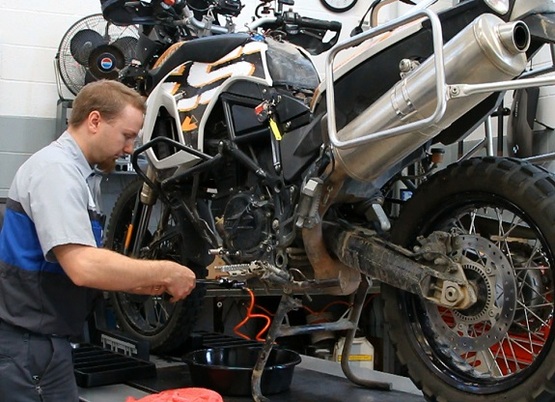 Also Read - 'BCCI Is All About BJP' - Fans Fume Amidst Reports of Amit Shah, PM Modi's Presence In IPL Final

Always ensure that mechanically, your two-wheeler is in a perfect condition. Get it serviced at regular intervals from the authorized service centres. Experts at these service stations will be able to fine tune your vehicle better than a road side mechanic. In addition to this, the service centres are equipped with latest technology and genuine parts. (Image Source: riderqual.co.nz) 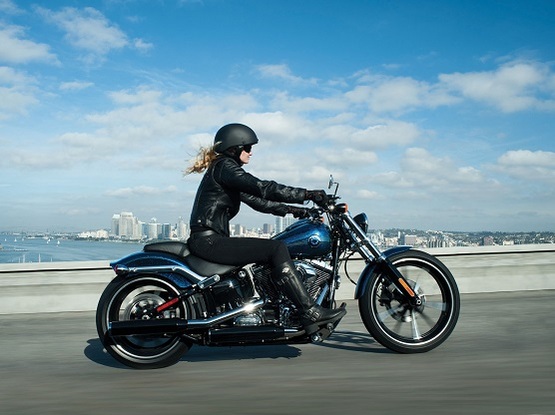 Avoid using irregular gear changes and quick burst of throttle. Also do not over-rev your engine in lower gears. Both these things affect the engine performance and in-turn the fuel economy. Make sure to always drive in the top gear whenever possible within the speed limit of 40 to 50kmph. (Image Source: zastavki.com) 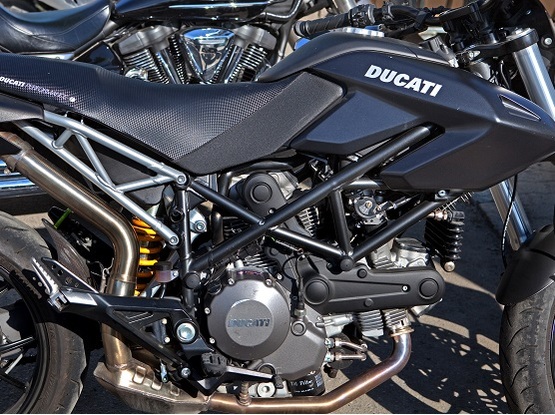 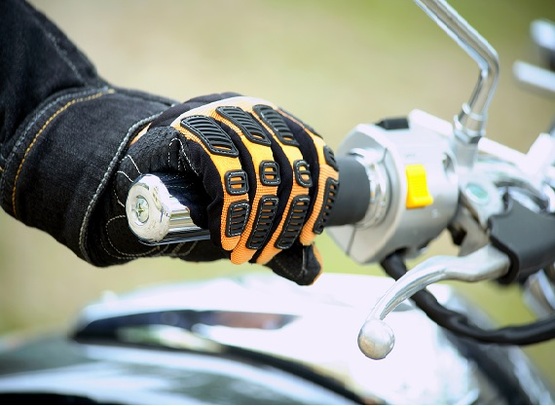 Keep it calm at the start

Avoid pushing your engine two hard early in the morning or when using the bike after a long interval. Give the engine time to properly heat up and get at normal working temperature for at least the first 2 to 5 kilometres. (Image Source: carpaltunnelpros.com) 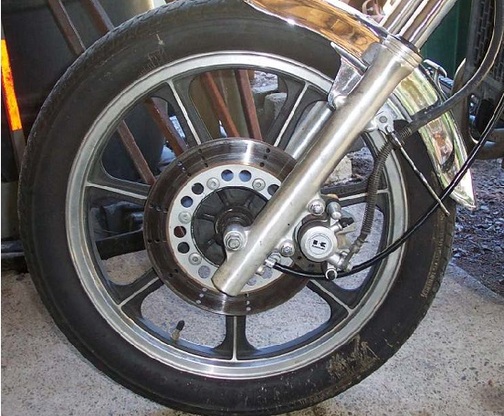 Take care of the tires

Keep the tires of your bike inflated at the designated air pressure. Tires which are not puffed up properly create drag and make the engine work hard leading to lower fuel economy. For the same reason, avoid fitting wider tires on your bikes no matter how cool they look. (Image Source: dansmc.com) 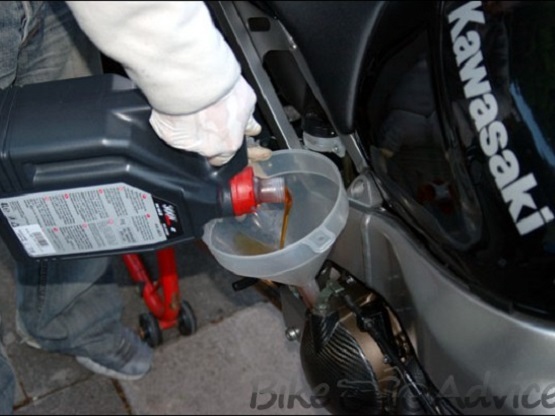 The old engine oil should be replaced with the new one at regular intervals. As we all know, the engine oil maintains lubrication between the numerous moving parts inside the engine. With time it deteriorates and stops working properly leading to an engine clogged with old oil and devoid of smooth functioning. (Image Source: bikeadvice.in) 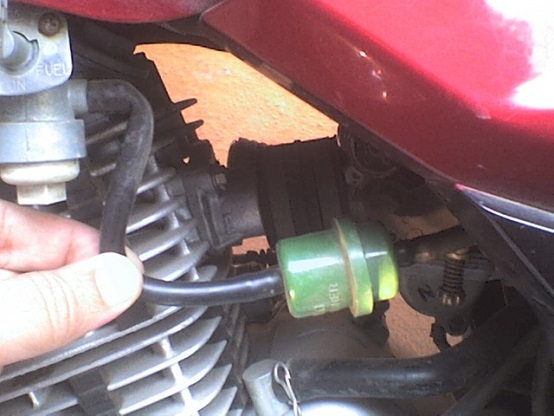 Despite the fuel which is being used nowadays being quite clean, overtime the fuel tank gets clogged with dirt. The same thing happens with the fuel lines as well which take the fuel to the engine. Make sure to get both the fuel tanks as well as the fuel pipes cleaned properly at regular intervals. (Image Source: generalstream.com) 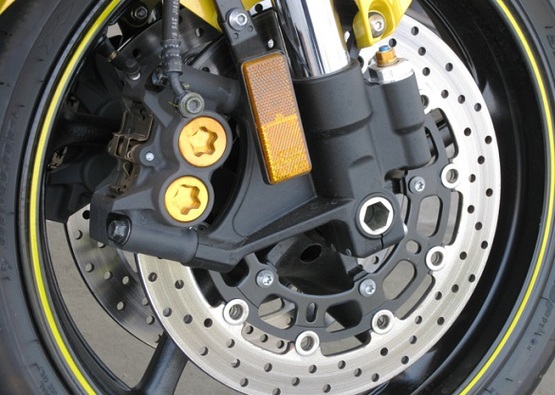 Don’t ride the brake and clutch

Make sure that your feet are not accidentally pressing the rear brake while driving. This will not only wear out the brakes but also put an unnecessary burden on the engine, making it work hard and drink more fuel. Same goes for the clutch lever as well. (image Source: mattymotorcycle.tv) 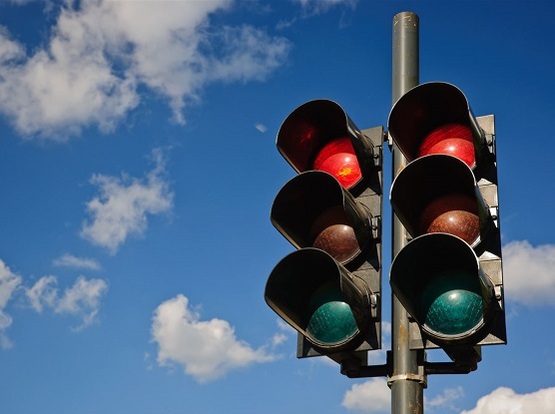 Shut the engine during traffic lights

This one is quite obvious. Whenever the traffic lights are more than 30 seconds in duration, shut down your engine to avoid the unnecessary burning of fuel. Do not shut the engine off when the duration of the traffic light is below 30 seconds as the quick stop and start of the engine will consume more fuel than it is being saved. (image Source: elkharttruth.com) 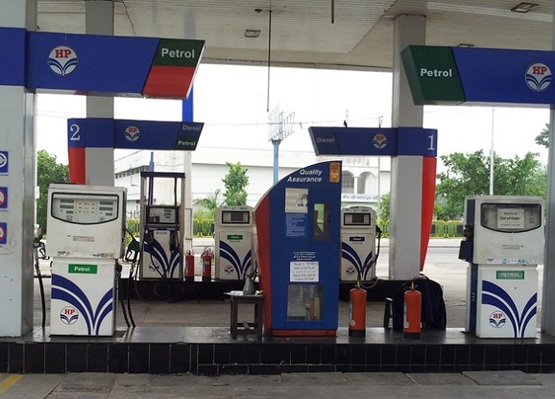 Fill up from the same petrol pump every time

Try to stick to a certain petrol station from which you fill your fuel. This will prevent the engine from dealing with the slight difference that exists between fuels when filled from diverse fuel pumps. (Image Source: cctvspecialist.in)