For those who enjoy the simpler things in life

The Verito is a re-badged Renault Logan 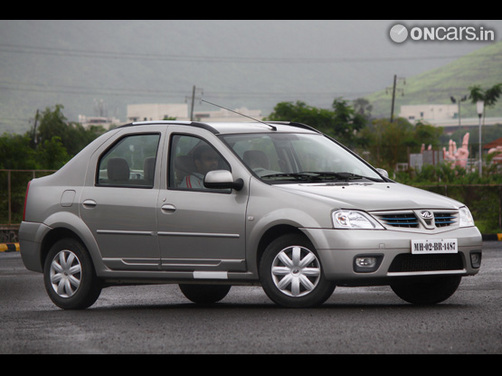 Also Read - India to be Under Lockdown For 21 Days, Confirmed COVID-19 Cases Spike to 536

Ever since its launch back in 2007, the Mahindra Renault Logan was a mixed bag of low-cost components and a mediocre design statement packaged together as a part of a noteworthy engineering effort. Let me explain what I mean through the course of this review. Look at the car from any angle and the classic match-box shape and straight lines make the Verito look out of place in the current crop of cars that bow down to the aerodynamic hoopla. Especially after testing the ‘fluidic’ Verna and the Verito back to back, the Mahindra looks so sharp that it makes you feel like the car was designed solely with a ruler and a knife. Also Read - COVID-19 LIVE: Next 3-4 Weeks Are Crucial, PM Modi Tells State CMs | Top Developments 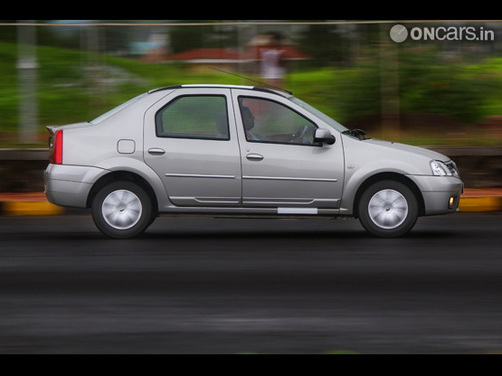 The Verito retains the Logan’s trapezoidal headlights. The front end though, gets restyled fog lights which give the bumper a more pronounced look. The front grille has been slightly redesigned to hoist the Mahindra logo and thankfully, doesn’t bring in the ‘bunny-tooth’ treatment from the Mahindra SUVs. The addition of chrome garnished roof rails adds a hint of sportiness to the Verito but doesn’t hamper the car’s wide-body image. 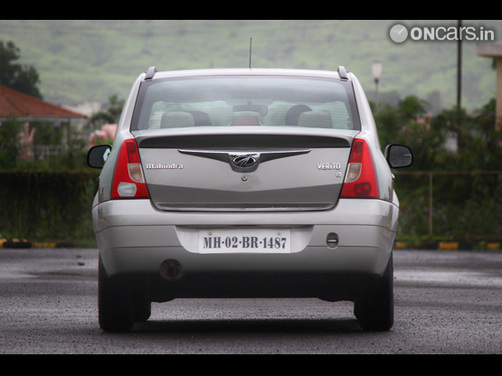 The triangular taillights are here to stay but are now complemented with a boot lip spoiler and a chrome brace for the Mahindra logo. These elements add some substance to the boot which otherwise looked too flat and empty on the older Logan. The Verito’s side profile looks well balanced and the 14-inch wheels fill the wheel wells well. The doors now get a plastic cladding on the lower section – which again looks old school in the era of flame surfacing, but I’m not complaining. 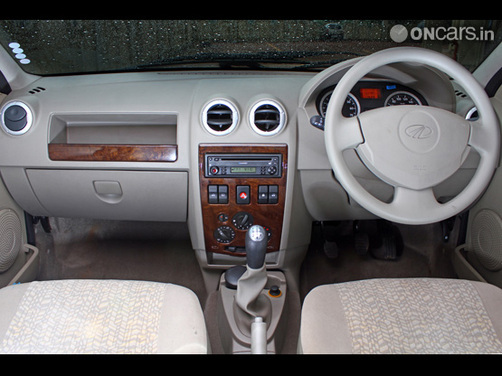 I’m going to crib a little more in terms of user experience. Get inside the car, familiarise yourself with the buttons and the layout and you immediately see the shortcomings of the cost cutting involved. No, I’m not talking about low-rent plastics or materials – in fact the materials used are quite satisfactory for a car of this category. 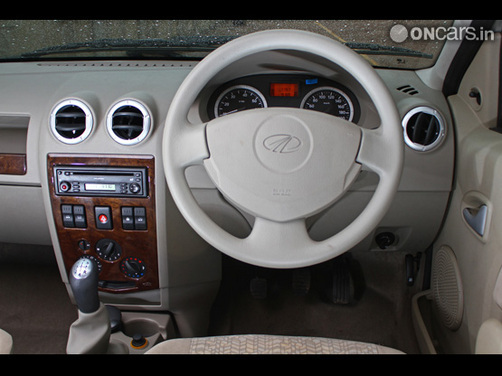 But to save on costs in the Indian Logan, Renault never bothered to switch the wipers, indicator/wiper stalks, direction of the rotary knobs for the HVAC and the placement of the hood release lever, for the right-hand-drive scheme of things. It is still oriented for a left-hand drive car. In all fairness, Mahindra should have fixed the orientation while transitioning from the Logan to the Verito. Another irritating placement is that of the fuel-cap release lever. Instead of placing it next to the driver’s seat, it is positioned below the right hand side of the dashboard – the place where you expect the hood-release lever of a right-hand-drive car to be. 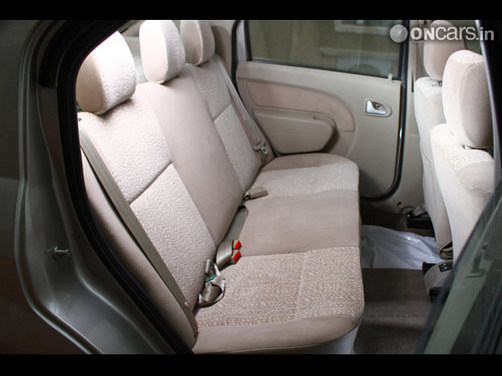 Yes, these are quite a few shortcomings but are easy to forget once you start appreciating the Verito’s comfort level – at the front and at the back. The seats are wide, cushy, come with adjustable seatbelts and are ergonomically designed as compared to the switches and levers in the car. The Verito’s back seat gets three headrests, therefore underscoring the fact that this rear bench is meant to seat three adults in comfort. The high roofline provides ample headroom for all passengers and imparts roominess to the cabin. The farthest we drove without a break during this road test was about 220 kms and neither one of us in the Verito had any complaints about head/back/butt ache or motion sickness. 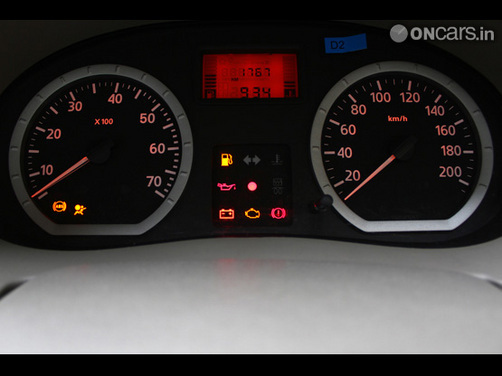 The air conditioning in the Verito is top notch. Our test mule came without any window/windshield tints but the air-con still managed to cool the cabin in jiffy even on a hot and humid Mumbai afternoon. The Verito also has a pair of redesigned outside rear view mirrors (ORVMs) which are now bigger in size than the Logan’s. No electronic operation for these though, even on the top end model. The windows however get the electronic treatment but the switches are awkwardly placed and the auto-down/up function for the driver window is sorely missed. The Verito places a digital multi-information display in the instrumentation console which has read outs for the odometer, trip meter, range calculator, real time fuel economy, temperature gauge and the fuel gauge. The fuel gauge though, acts funny. More often than not, if the ignition is turned on while re-fuelling the Verito, the fuel gauge refuses to update the fuel level even after multiple restarts. It is therefore recommended that you turn off the ignition completely while re-fuelling the car to avoid this problem. 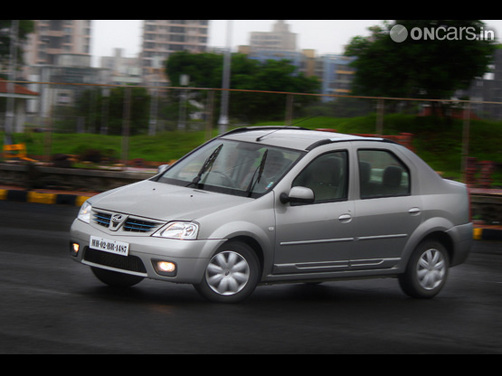 The Verito continues to use the Renault petrol and diesel engines. The test mule we sampled came with a 1.5-litre dCi diesel engine which produces 65PS of power at 4,000 RPM and 160Nm of torque at 2,000 RPM. Start the engine and it settles into a muted burble which is on par with other diesel vehicles in its class like the Maruti Suzuki Swift DZire and Tata Indigo. At idling RPM, there is no handshaking vibration in the gearstick whatsoever. The clutch feels a tad heavy as compared to its competition and needs getting used to. I particularly do not like the way the Verito gets moving in first gear as the test mule felt very sluggish off the line. But once in second gear and past the 2,000 RPM mark, the 160 Nm of torque makes driving this car a breeze. 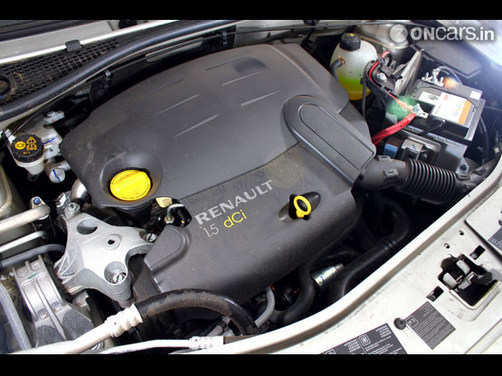 The sluggish low end reflects in the Verito’s sprint, which takes about 17 seconds to reach the 100 km/h mark from standstill. Blame it to the turbo-lag under 2,000 RPM which calls for repeated downshifts in slow moving traffic. But a meaty mid range makes overtaking easy once you are cruising at economy speed. Top speed isn’t too awe-inspiring with our test mule managing only 159 km/h (true speed) at top whack. Keep the right foot light and the Verito manages to return a decent fuel economy in the range of 14 kmpl in the city driving conditions and around 19 kmpl on the highway. 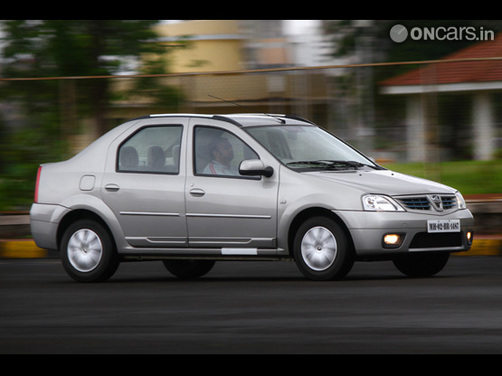 The Verito’s suspension is a big surprise. Around the bends the Verito holds its composure like none other in its segment – bettered only by the Ford Fiesta Classic. The Vertio comes with McPherson-type suspension upfront with a wishbone link. This setup gobbles broken roads and pot holes without a thud like an automatic vacuum cleaner that runs around the house gobbling every ounce of dirt lying on the floor without breaking a sweat. The steering feels well weighted around corners and on the straights but feels a tad too heavy for city use. It should make your forearms stronger, nevertheless.

Right from the beginning of this review, my tone must have got you to believe that I absolutely hate the Verito / Logan. But trust me, I’m far from it. As an automotive journalist, it is my duty to point out all the shortcomings of the vehicle, but as a true auto buff, it is next to impossible for me to hate the Verito after driving it for over 400 kms in three days. Yes, it does have those little niggles that Mahindra should have addressed during the transition. But these niggles are too small to ruin your experience in the Verito. It looks and feels very basic, but the engineering it top notch. Everything is so well put together that it just works like a charm. The car is comfortable in the city and on the highway. The engine is peppy and frugal. The suspension lets you push the car to its limits without any unnerving body roll and still manages to take care of the pot holes and broken roads without breaking your back. And this is why it is a hot favourite amongst fleet operators too – for the engineering just doesn’t fall apart. 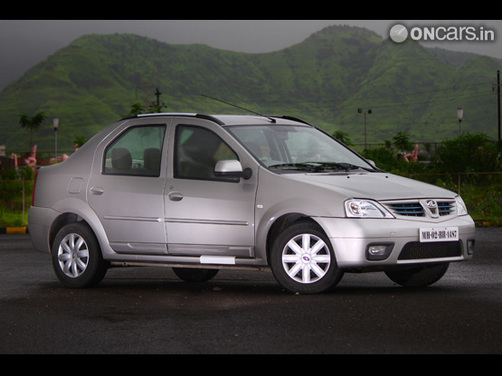 That brings us back to two things – the price and the understated look. At Rs. 6.62-lakh (ex-showroom) for the top end diesel variant, the Verito is one of the cheapest diesel sedans as compared to its competitors. It completely warrants the price with its no-nonsense approach gives the entry level sedan buyers everything that they are looking for. Yes, the looks are understated and old school. But look at it this way, after a very extensive market research in India and after taking inputs from zillions of people, Toyota came up the highly successful Etios sedan which looks so much like the Verito / Logan. Do we still need more reasons to believe that understated and elegant designs coupled with the bare essentials are still in demand in India as compared to radical or overtly curvy, feature rich cars? I think not…