With the EX, the Force One goes more value-for-money!

An Endeavour-sized SUV for the price of an EcoSport, is what Force Motors is offering to the rural market.

During the launch of the Force One in 2012, the blokes at Force Motors had confirmed that a 4×4 variant was on the cards. But it was only earlier this year when we learnt that Force Motors was also planning a new entry-level variant for the Force One, which would redefine the SUV’s value-for-money approach. It has come in the form of the Force One EX, that sits below the more feature-rich SX and LX variants.Also Read - #FreedomDrive: OnCars, Renault celebrate the essence of real India 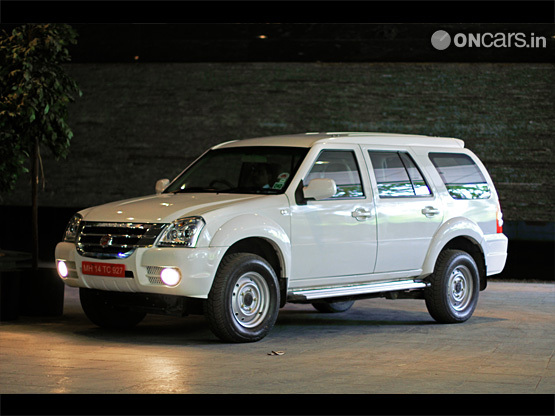 Unlike the all-black bumpers that we had seen on the test mules, the Force One EX dons body coloured bumpers, door-handles and outside rear-view mirrors. The base-spec SUV does lose out on the roof rails, alloy wheels and the trademark daytime running lights (DRLs) that otherwise provide distinction to the Force One. The rails and alloys can still be had as an option though. Also Read - Drive to Discover S4: The Honda Amaze travels from Visakhapatnam to Kolkata 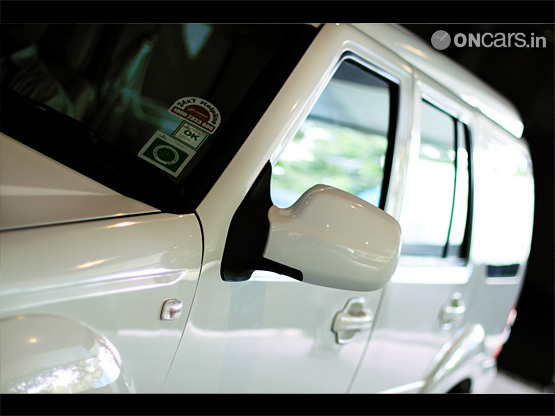 Without all the accessories and the bling (save for the chrome-plated grille), the Force One EX does appear half-hearted and unfinished as compared to its fuller siblings. 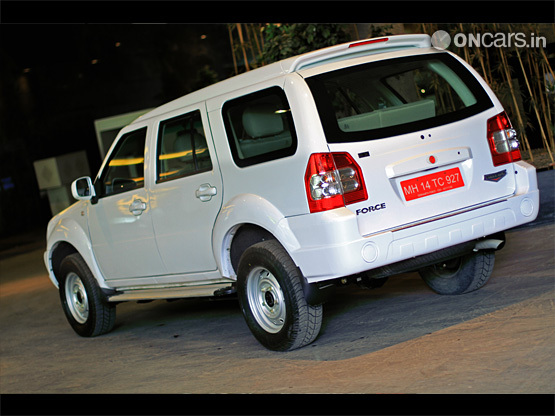 The shoddy paintwork around some of the plastics further highlights the crudeness. But what one can’t take away from the vehicle is its enormous size – which is reason enough for the prospective customers to visit the Force Motors showrooms. 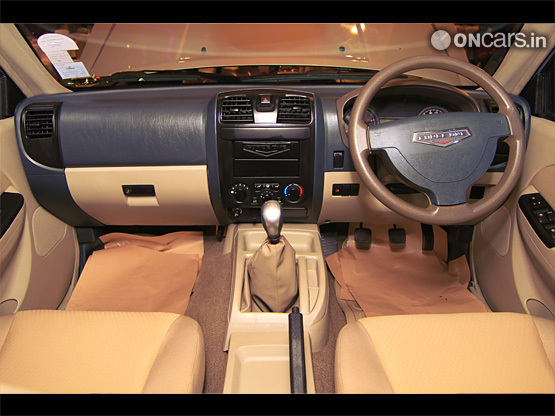 Apart from the ORVM-mounted turn-blinkers, the alloy-wheels and the roof-rails, there is one more important thing that is missing from the Force One EX – the ‘2.2 FMTECH’ monogram. This is because the EX uses a different engine, but before we talk about it, let’s take a glance at the interiors. 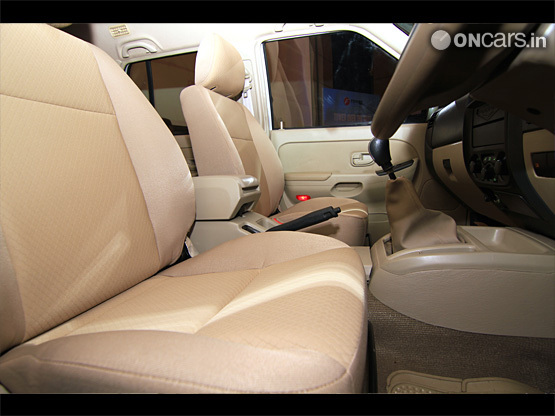 As expected, some features have been given the boot on this base-spec variant. The EX loses out on parking sensors, the Bluetooth-enabled audio system, steering mounted controls and multiple seat adjustments. But Force Motors hasn’t compromised with some of the important features like central locking, electric ORVMs and windows, the digital multi-information display in the instrumentation and more importantly – the dual zone blower control for the three-row air-conditioning. 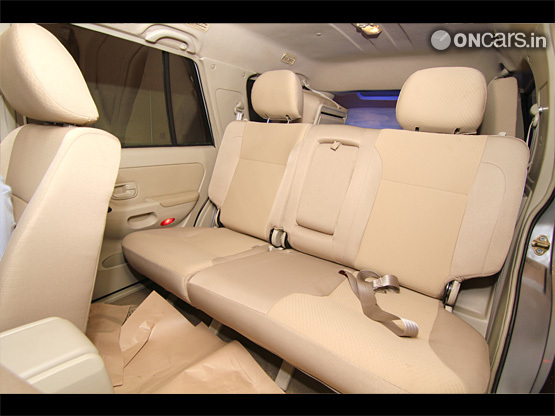 For the kind of market that the Force One EX is focusing on, it leaves out the creature comforts and only incorporates the absolute essentials – which is a good thing. Having covered all these basic even at the economical price tag that it bears, the Force One EX doesn’t leave too much room for the consumer to feel shortchanged. 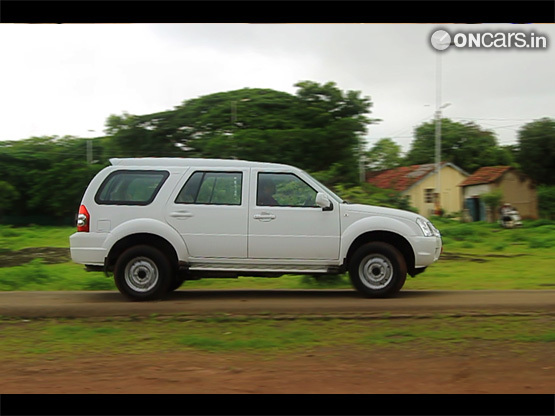 The economical price tag comes courtesy of the engine that’s under the hood. Unlike the top end variants, which use a 2.2-litre FMTECH engine, the EX uses a 2.6-litre diesel engine that also powers the Gurkha and the Tempo Trax. Compared the 2.2-litre engine’s power and torque output of 141 PS and 321 Nm respectively, the 2.6-litre engine puts out a lowly 82 PS of power and 280 Nm of torque. All that torque is available between the 1800 – 2000 RPM range – which is good enough for the urban commutes and for cruising on the highway. 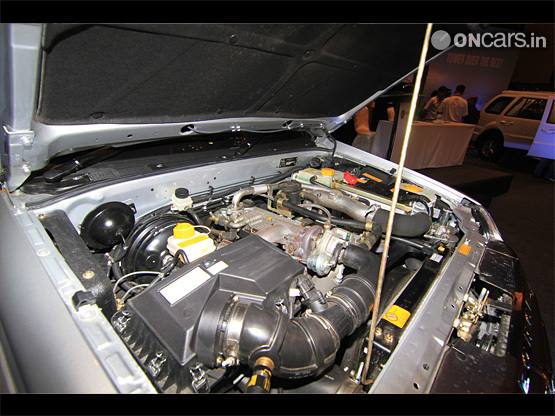 But that said, you do need to keep cycling through the gears when you are driving around city. The gearshifts will make you feel like you are driving a truck! The shifts are notchy and need effort and the dog-leg shift pattern only makes it more quirky. Those shifting from the Tempo Trax won’t have any trouble, but consumers upgrading from hatchbacks or sedans will need some getting-used-to. 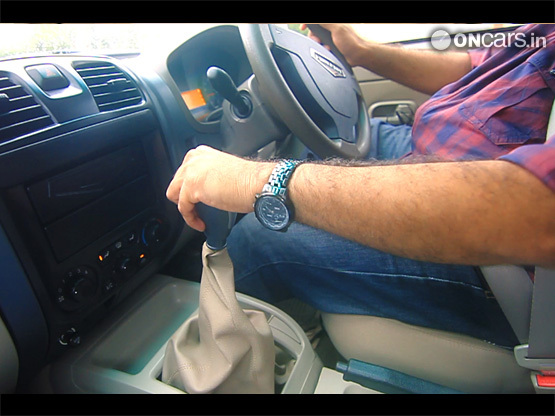 The 2.6-litre engine is noisier than the 2.2-litre unit and the refinement levels aren’t in the same league either. This too is a Mercedes Benz sourced oiler, but its old age is evident – so much so that isn’t compliant with the BS4 norms either and therefore the Force One EX will be sold only in the BS3 zones, which primarily consist of the Tier 2 and Tier 3 cities. It is this age and the sharing with the Gurkha / Trax that has enabled Force Motors to offer the Force One EX at such the low price point. 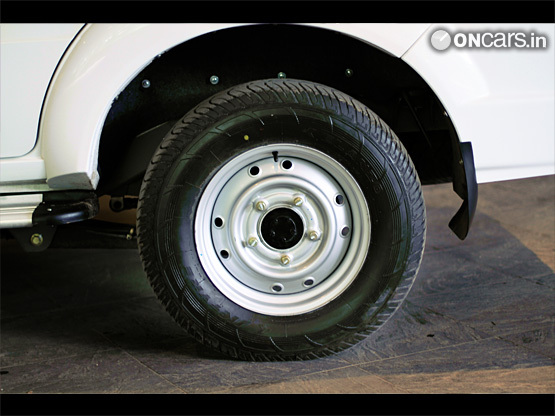 Compared to the SX and LX variants though, which come across as full-blown SUVs – the Force One EX is more of a large people carrier, which has the ability to tackle the worst of what the Indian roads have to offer. The only thing that works against it though is the lack of appeal and the shortage of dealerships across the massive list of Tier 2 and Tier 3 cities that the vehicle is targeting.