All-New Bajaj V12 to be launched next month, Will be Torquier than Discover 125

Bajaj has revealed that its upcoming 125cc commuter - V12 will be launched next month. Will be priced close to INR 56,200 (ex-showroom, Delhi). 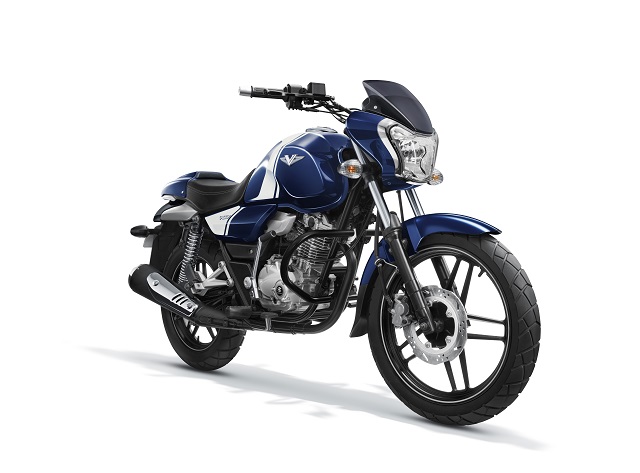 At the felicitation ceremony by Bajaj Auto in Mumbai today, the Pune-based manufacturer has revealed that it will be launching a 125cc commuter soon that will go by the name V12. However, the company has also stated that the V12 will arrive via a soft launch in a matter of 10 to 12 days. The motorcycle will be launched before the upcoming Bajaj flagship Dominar 400 that is all set to make its debut in mid-December. Also Read - Joe Biden Administration 'Undecided' On Ending Trump-Era H-1B Visa Ban

The upcoming Bajaj V12 is likely to come powered by the same 125cc engine that runs the Discover 125. However, the manufacturer has revealed that the upcoming Bajaj V12 will be more torquey than its 125cc sibling – Discover 125. The bike will come based on its elder sibling V15 and it is quite evident that it will also contain the metal of India’s first aircraft carrier – INS Vikrant.  Also Read - Good News For International Passengers: IATA to Launch Travel Pass For Them by March-end

Now, talking of the upcoming Bajaj flagship Dominar 400, the motorcycle is also slated to be launched in India in December next month. The company had earlier confirmed that the production has already commenced and the bike is being manufactured by an all-women team. The prime highlights of the Bajaj Dominar 400 include LED headlamp and turning winkers, muscular body styling and fully digital instrument console.

Once launched, the upcoming Bajaj V12 will take on the likes of other leading 125cc motorcycles in the segment like Honda CB Shine, Hero MotoCorp Glamour and TVS Phoenix. Also Read: Bajaj V12 Price Revealed, Launching Soon in India