Italian bike maker, Aprilia has showcased two all-new bikes at the Auto Expo 2018. The company has displayed the Aprilia RS 150 and the Aprilia Tuono 150 in India and the design looks strikingly similar to their respective bigger cousins. Piaggio India has not revealed the exact timelines for both the bikes in India, but reports suggest that both bikes will be launched in the country by the end of 2018 or early 2019. The Aprilia RS 150 will rival the recently launched Yamaha R15 V3, while the Aprilia Tuono 150 will rival the Suzuki Gixxer SF. Also Read: Auto Expo 2018: BMW to Finally Launch G 310 R, G 310 GS in India in Mid-2018 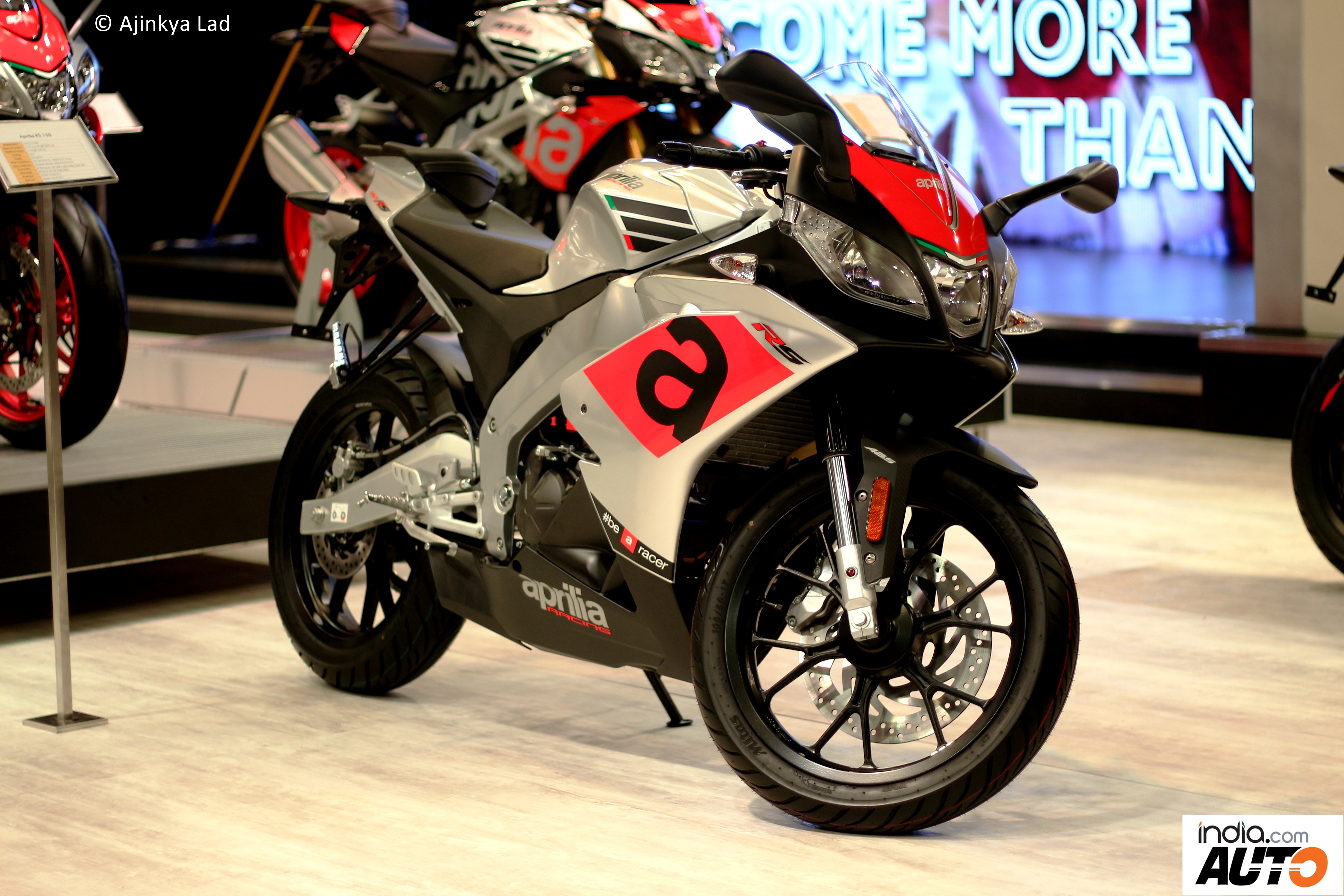 Speaking about the engine specifications, the Aprilia RS 150 and the Tuono 150 are powered by the same 150cc single-cylinder, fuel-injected, liquid-cooled engine that comes mated to a 6-speed gearbox. This engine is capable of producing 18 BHP of maximum power at 10,000 RPM while developing 14 Nm of peak torque at 7,500 RPM. Both the bikes get a quickshifter as an official optional accessory. Suspension duties are handled by 40mm USD forks upfront and an adjustable mono-shock at the rear. Read More: Yamaha R15 V3 – 5 Things to Know 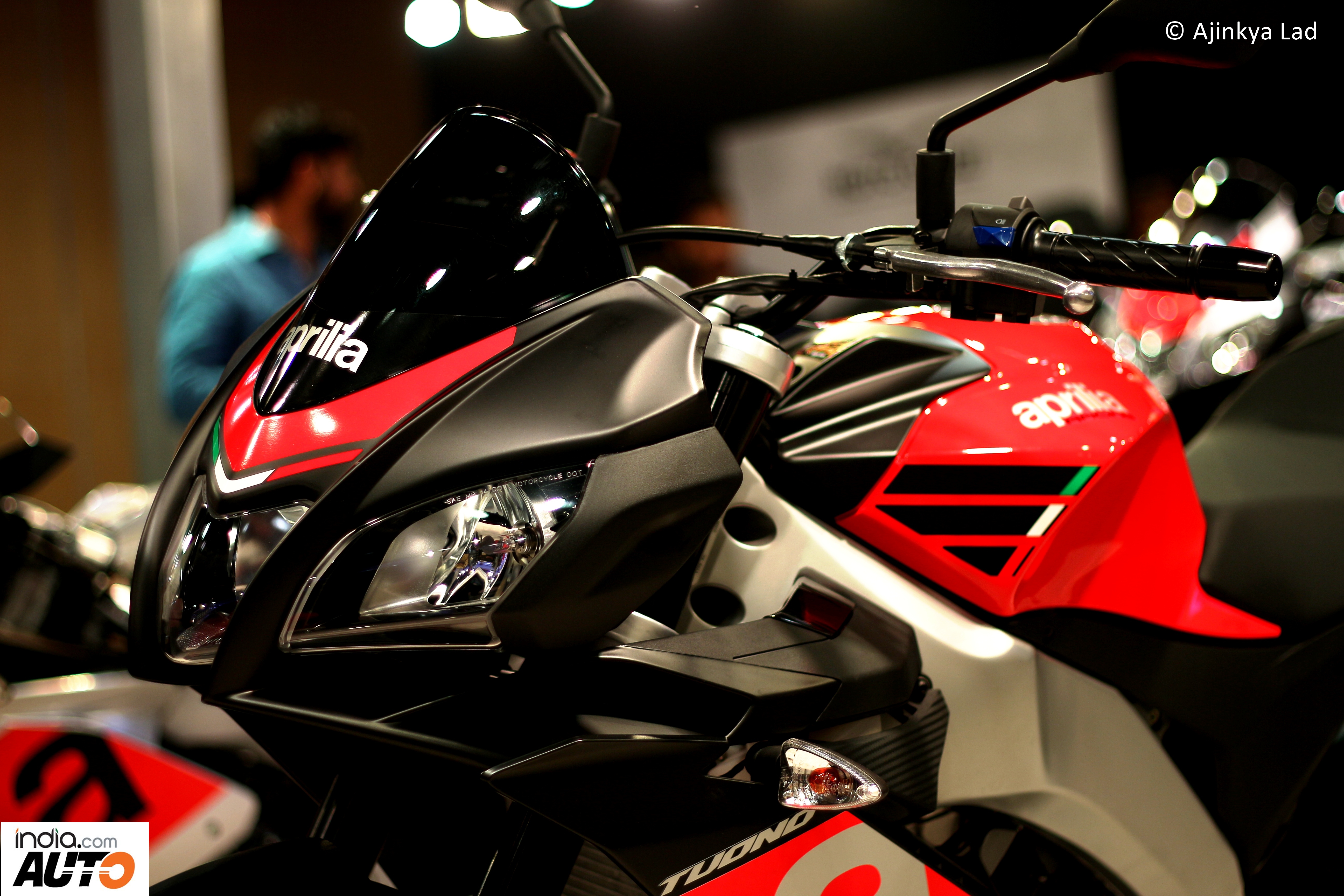 Both the bikes get their stopping power from a 300mm disc at the front along with a 218mm disc brake at the rear, while ABS is standard.As far as design is concerned, the Aprilia RS 150 takes design inspiration from the bigger Aprilia RSV4 sportsbike while the Aprilia Tuono 150 is inspired from the Aprilia Tuono V4 1100. Both the bikes are underpinned by an aluminium perimeter frame. The RS 150 gets a full fairing with the triple headlamp, a sleek tail section with step-up seats and clip-on handlebars. Also Read: UM Renegade Thor Electric, Renegade Duty 230 Motorcycles Showcased at Auto Expo 2018 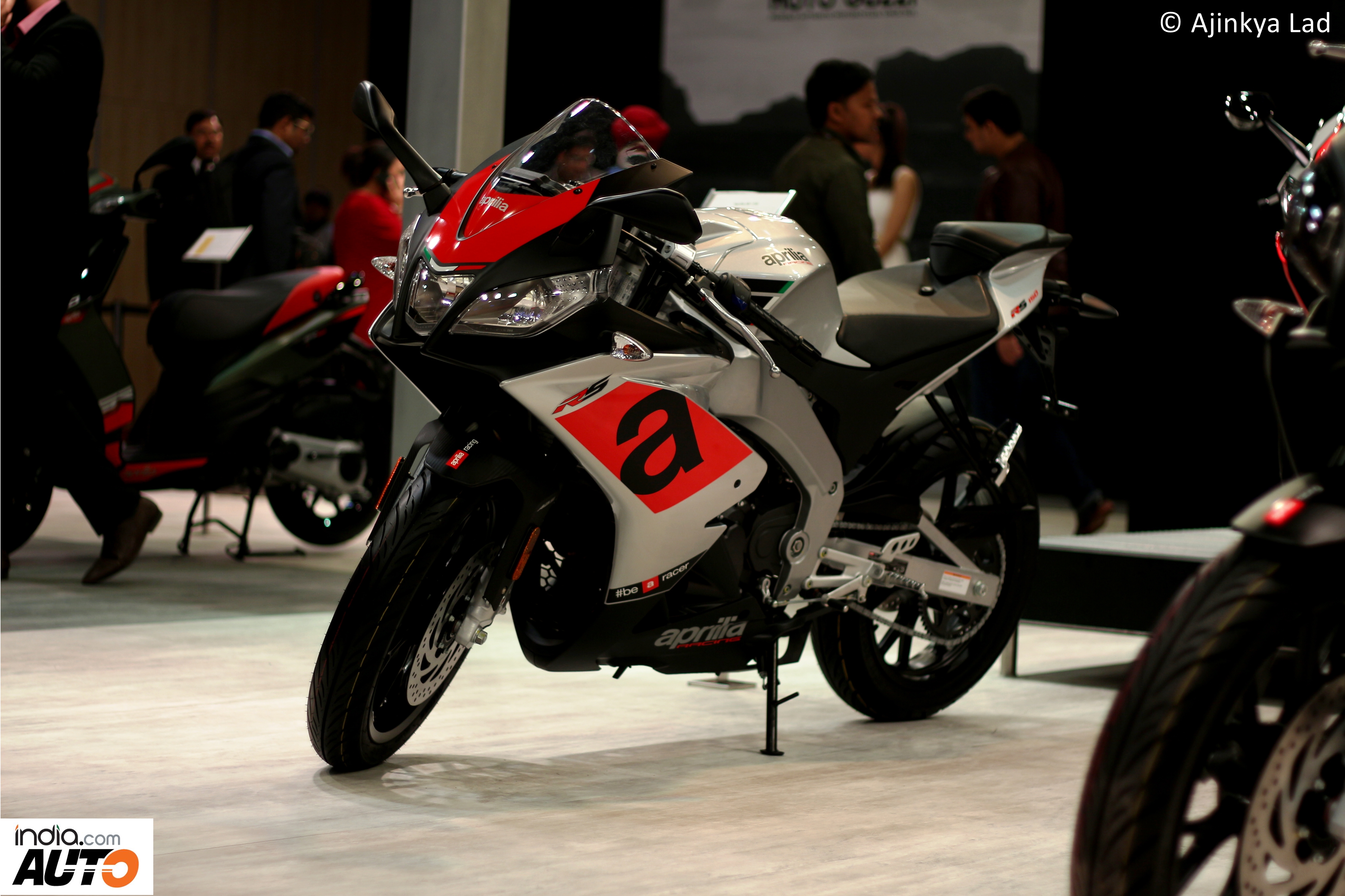 On the other hand, the Tuono 150 gets a semi-naked fairing with the triple headlamps assembly, single wide handlebar and a single-piece seat. We expect both the bikes to be launched in India at a price tag of around INR 1.5 lakh (ex-showroom).Also Read - Auto Expo 2020: Piaggio India Unveils Premium Scooter Aprilia SXR 160