An adventure version of the Bajaj Pulsar NS 200 has been showcased at the 2018 Motobike Istanbul Show. According to reports, this isnt an official offering by Bajaj Auto in Turkey, but a custom version, which has been displayed by Kuralkan A.S. – Bajaj Autos partner in Turkey. The Bajaj Pulsar NS 200 adventure version is put on display alongside the Bajaj V15 and a custom Bajaj Dominar 400 Police version at the 2018 Motobike Istanbul show. Also Read: 2018 Bajaj Avenger Street 180 Launched, Priced in India at INR 83,475 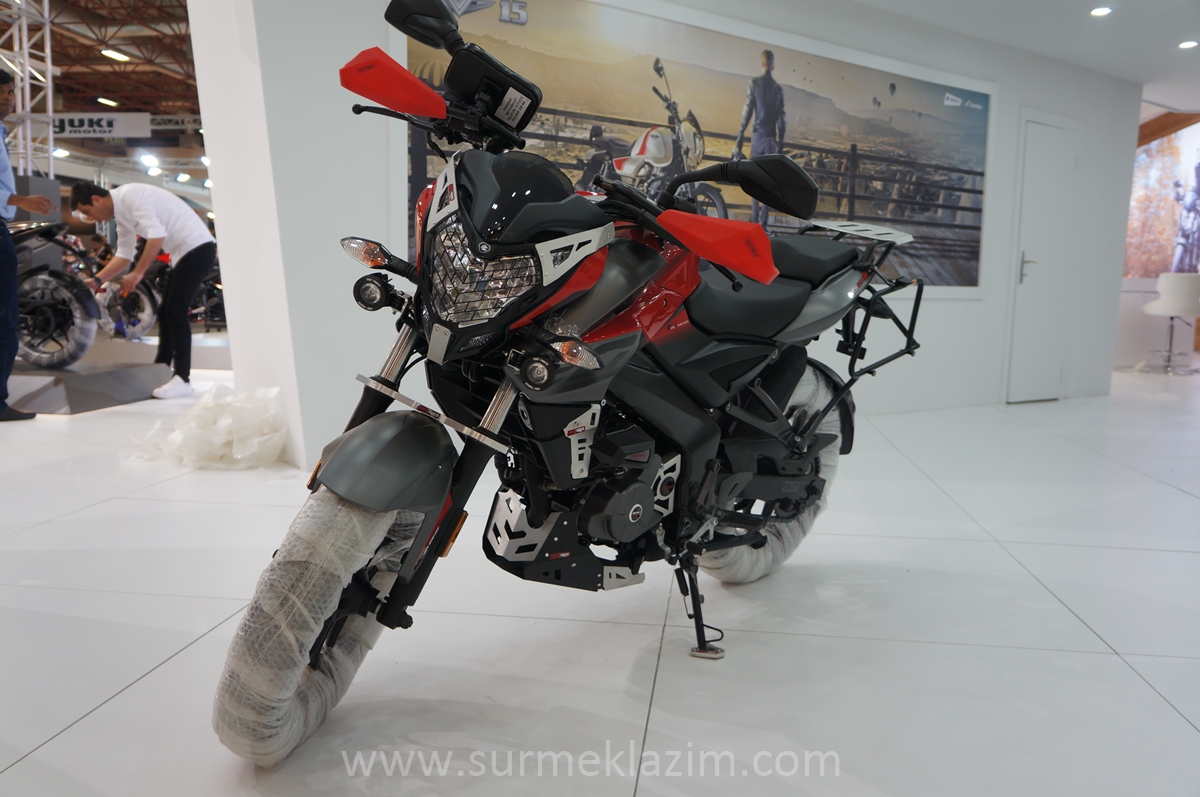 This Bajaj Pulsar NS 200 adventure version features various custom-built accessories that should help the rider during adventure touring. The bike gets auxiliary LED lights and knuckle guards along with a metal headlamp protective cowl. The adventure version also features a rear luggage rack along with saddle stays to mount luggage on the bike. The front telescopic forks get a fork brace for added stability, while there are metal protector cowls for the engine and radiator. The bike also gets a zippered mobile phone holder. Read More: Bajaj Dominar 400 2018 Edition with New Colour Options Launched in India 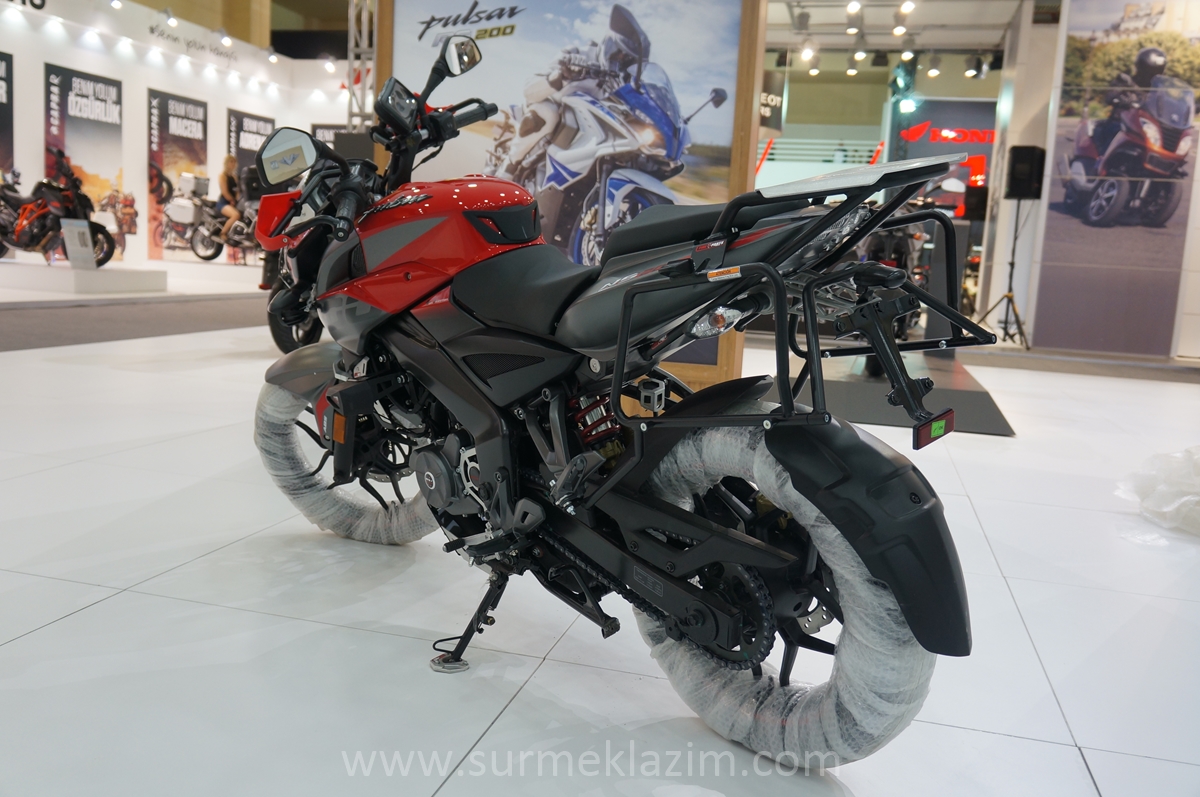 Powering the Turkish-spec Bajaj Pulsar NS 200 is a 199.5cc, single-cylinder, liquid-cooled, triple spark engine with fuel injection that is tuned to produce 24 BHP of maximum power at 9,750 RPM while developing 18.6 Nm of peak torque at 8,000 RPM. This motor is mated to a 6-speed transmission. Apart from the telescopic front suspension, the bike also gets a Nitrox mono-shock at the rear. The bike comes equipped with disc brakes at both the ends while a single-channel ABS is also offered as standard. Also Read: 2018 Bajaj Discover 110, Discover 125 Launched; Price in India starts from INR 50,176 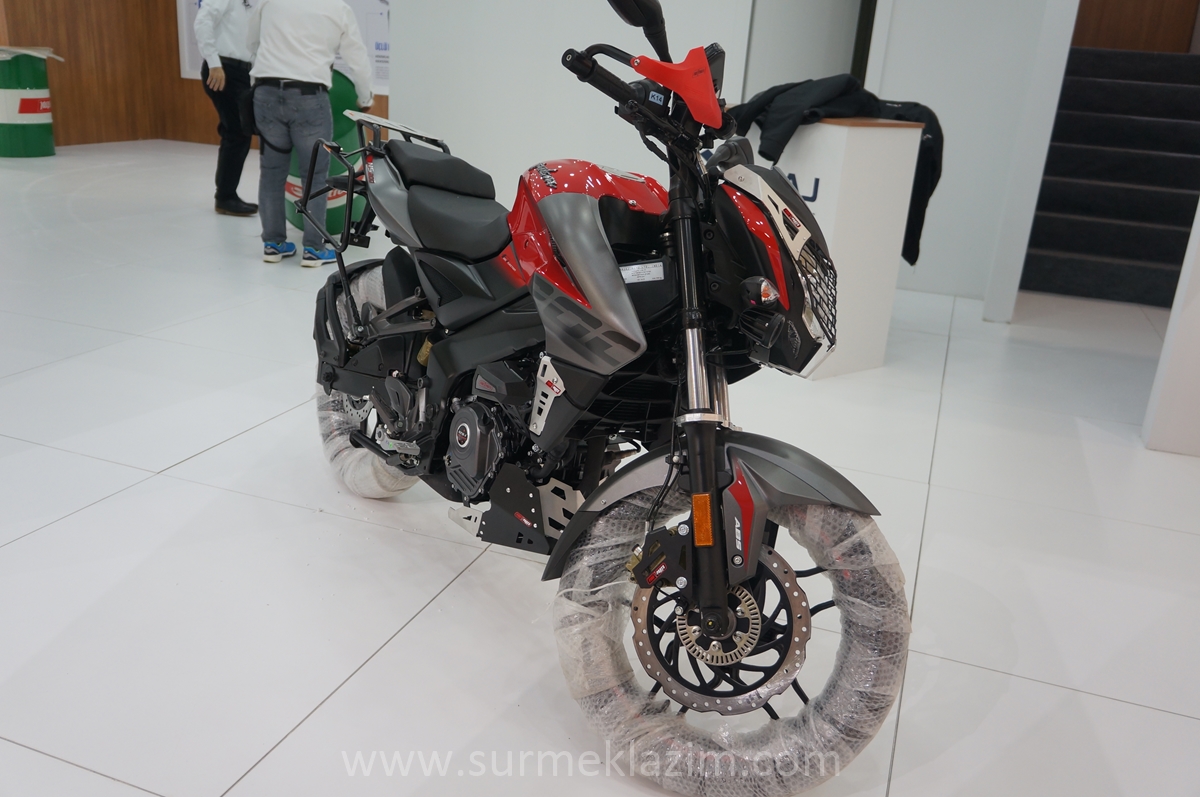 We are not sure if the Pulsar NS 200 Adventure version gets regular tyres or off-road tyres as the same have been wrapped on the display bike. That said, the regular Bajaj Pulsar NS 200 is priced at TRY 14,490 (INR 2.47 lakhs) in Turkey.