BMW Motorrad will reportedly launch the GS 310 Adventure touring motorcycle in India next year. Will demand an extra premium over the G310R. 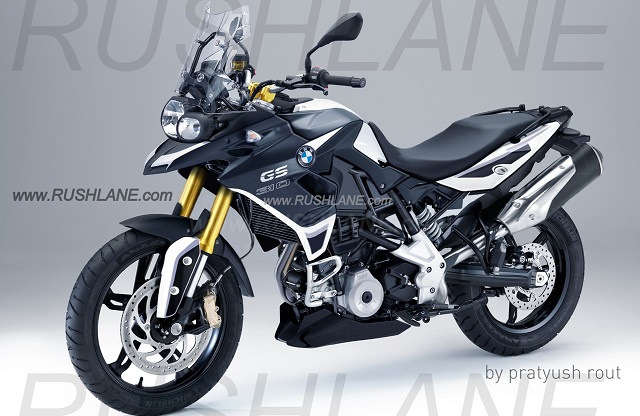 What is BMW GS 310 Adventure?
As the name suggests, the BMW GS 310 Adventure is basically the adventure based derivative of the much talked about upcoming BMW G310R streetbike. Few months back, rumours were that the company is working on the adventure touring version of the G310R. Recently, we have received an interesting bit which states that the 313cc adventure bike will make its entry to the Indian shores somewhere in 2017. The bike shares most of its elements with the G310R except for the adventure inspired bits like the long travel suspension, raised front mudguard and much more. Also Read - Sushant Singh Rajput's Sister Shweta Singh Kirti Shares Motivational Handwritten Note Written by Late Actor

Why BMW GS 310 Adventure is an important product for the company?
With the gradually growing scope of adventure bikes in India, manufacturers have now understood the importance of the respective segment. It was a matter of few years that the companies refrained from bringing such motorcycles in fear of poor sales. Hero took the bold step and launched the 150cc Impulse followed by Royal Enfield that launched the bigger Himalayan a few months back. Seeing this, the BMW GS 310 Adventure will bridge the gap between the two and will cater the audience that has been craving this segment and price bracket since long. As the Indian conditions are often worse for riding, thanks to the broken surfaces and potholes, an adventure bike within an affordable price can really do wonders in the market. And if it is a BMW, what else one can ask for! Also Read - 'America Loves India', Donald Trump Thanks PM Modi For Independence Day Greetings

BMW GS 310 Adventure Features
As seen in the rendering, the BMW GS 310 will come as a versatile adventure motorcycle that will hopefully be good enough for both, on and off road biking. The motorcycle will come assisted with long travel suspension for better suspension duties than the standard road bikes. Additionally, the raised front fender protects the rider from mud splashes that happen during high-speed riding in waterlogged surfaces. The bike will also feature a wide carrier at the rear for accommodating luggage on the go. Other features include a tall windscreen and a raised rear end. Also Read BMW G310R- 10 Things You Should Know

BMW GS 310 Design Philosophy
As already told, the BMW GS 310 will share most of its elements with its streetbike version G310R. The front comes with a sharp headlamp that accompanies the tall windscreen. The fuel tank is muscular and beefy that well compliments the styling. The rear has been raised and the high height front mudguard delivers the sportiness of the motorcycle. The rear has been assisted with a wide carrier that helps in carrying luggage on the go. Also Read BMW G310R likely to be priced at INR 2.25 lakh: Launch in October

BMW GS 310 Engine and Specifications
The BMW GS 310 Adventure will come fitted with the same 313cc liquid-cooled engine that propels its street inspired mate – G310R. The fuel injected motor develops a maximum power of somewhere around 34 bhp with a peak torque output of 28 Nm. The bike will come with dual disc brakes with an ABS to be offered at least as an option. Just like the BMW G310R, the bike will hopefully roll over Michelin tyres and the company can also opt for bigger brands for an uncompromised grip on the road.

BMW GS 310 Expected Price
The upcoming 313cc adventure bike will be priced higher than its streetbike bike version G310R that will hopefully be priced around INR 2.25 lakh for the base version. Having said that, expect the upcoming BMW GS 310 to be priced at somewhere over INR 2.5 lakh for the standard trim (ex-showroom).