Likeness for gear-less scooters seem to be increasing in the Indian two wheeler market as a result of which motorcycles in the segment seem to be experiencing a big slump. Off this Hero's long standing stallion Splendor is the worse effected and we tell you how? 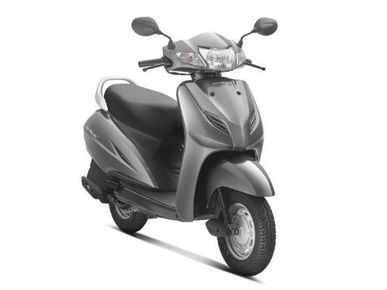 Has the aura of motorcycles worn off from the mind of the Indian consumer? Following the current trend in the two-wheeler market in India, we see that more and more consumers are opting for scooters rather than bikes. Take the example of the Honda Activa. Launched in 2001 by the Japanese manufacturer it is now one of the most popular and widely sold urban scooter in the country. It has slowly but surely made its way up the ladder; so much so that for last five months in continuation this year, the Honda Activa has become the best selling two-wheeler for the period. A position which was earlier held by the Hero Splendor motorbike for over a stretch of 17 years. Urban scooters like the Honda Activa provide its customers with a comfortable ride along with plenty of creature comforts that the current generation of motorbikes lack. For instance, today’s urban scooters come equipped with a lot of practical and user friendly elements one of which is the surplus amount of storage space offered in these vehicles. Some even offer a plug-in charging socket for your mobile phone which is being preferred by the end user. Also Read: 2016 Honda Activa-i Launched: Gets new Colors

Customers in the city are now rooting towards scooters as they are a lot more stylish as compared to the bikes which are offered in the same price range. The major reason for their success comes down to the fact that the urban scooters have a unisex appeal. Plus due to the lack of gears, they are a lot easier to ride as well. The above mentioned facts do not indicate that the sales of bikes are facing an utter crisis. The bikes still outnumber the scooters sold by almost double the margin. Especially in rural areas where the difficult terrain are better suited for a motorcycle than a scooter. But things are expected to change soon following the current trend which the two-wheeler segment is witnessing these days.In adittion to this, since a last few years there has been a overall decrease in sales due to low rainfal in the rural areas resulting in lower income levels.But with increased rains expected this season, things can shift to eaither side of the spectrum.  Also Read - Delhi-NCR Witnesses Spike in Dengue Cases, Hospitals Face Shortage of Beds | Details Here