New Honda X-Blade 160 motorcycle will be pitted against the likes of TVS Apache RTR 160, Bajaj Pulsar NS 160 and others in the premium commuter segment.

Honda Motorcycle and Scooter India officially unveiled the brand new X-Blade 160cc sporty motorcycle at Auto Expo 2018 earlier this month. The 160cc stylish motorcycle is Honda’s fourth new model for the year 2018 which is aimed for transforming ride of millennials and success oriented generation-Z. Moreover, the company has already initiated the bookings for the motorcycle which can be booked across all the authorized Honda dealerships. The deliveries for the new 160cc motorcycle will commence from mid of March 2018 on wards. Offering perfect balance between sportiness and practicality, the new Honda X-Blade motorcycle is based on the same platform as that of CB Hornet. See More: Honda Activa 5G: Price in India, Launch Date, Images, Features, Spec, Review, Mileage Also Read - Indian Scout Sixty, Chieftain Dark Horse, Scout Bobber & Others Becomes Cheaper by up to INR 3 Lakh 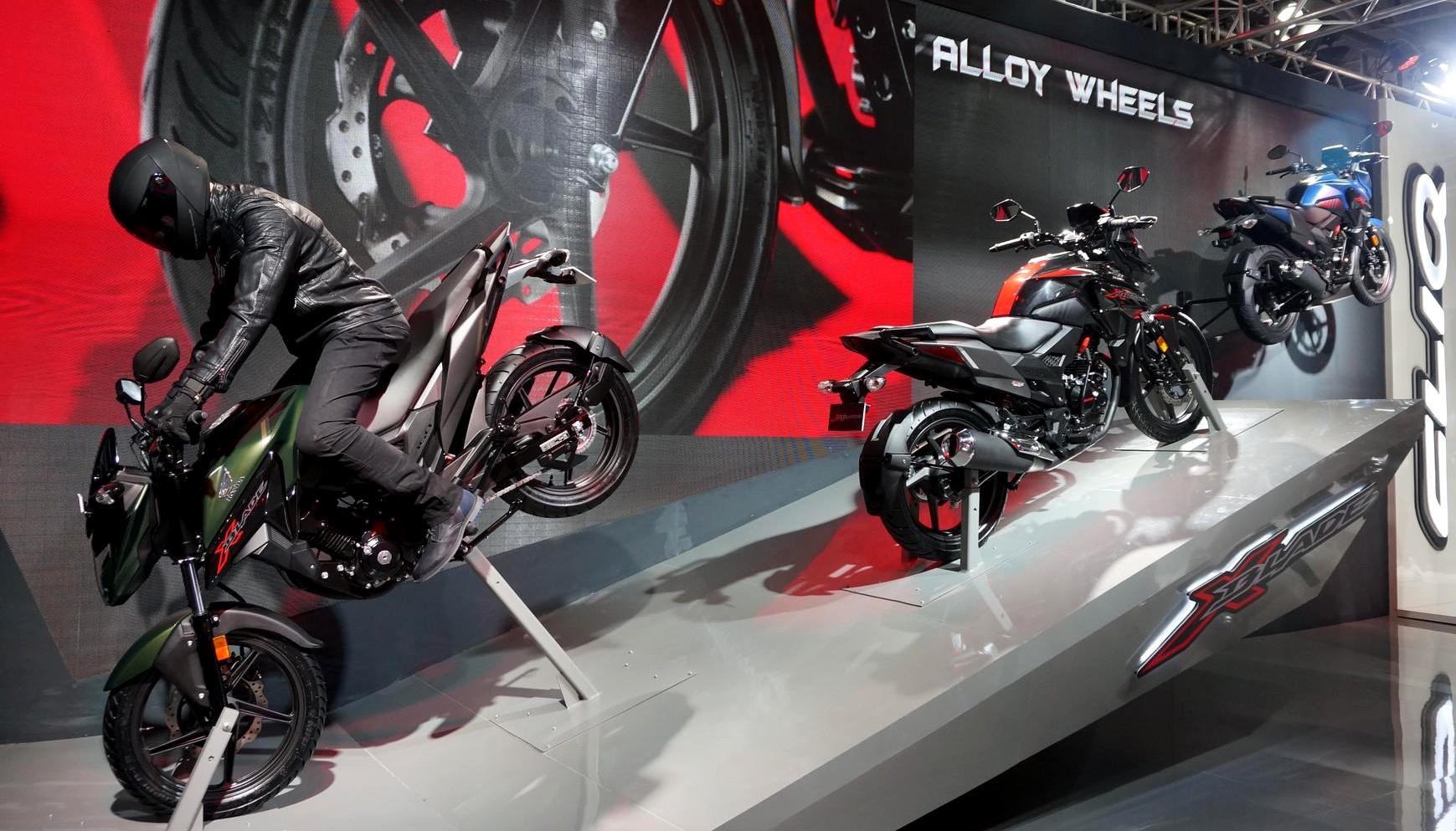 The motorcycle will be available in 5 exciting shades – Matte Marvel Blue Metallic / Matte Frozen Silver Metallic / Pearl Spartan Red / Pearl Igneous Black and Matte Marshal Green Metallic. On the dimension front, the motorcycle gets length of 2013mm, width of 786mm and height of 1115mm along with wheelbase of 1347mm and ground clearance of 160mm. As far as the engine specs are concerned, the upcoming Honda X Blade motorcycle will come powered by the same 162.71cc, air cooled-4-stroke, SI engine which also does duty on CB Hornet 160R. The unit is tuned to produce peak power of 10.93 bhp @ 8500 rpm against the max torque of 13.9 Nm @ 6000 rpm and will be mated to a 5-speed gearbox. Read More: Honda Grazia Clocks 50,000 Units Landmark since India Launch Also Read - Hero Super Splendor Launched in India, Priced at INR 57,190

Suspension duties on the motorcycle are carried out by telescopic forks at the front along with monoshock setup at the rear. For deceleration, the upcoming Honda X Blade motorcycle will come equipped with 276mm disc and 130mm drum at the front and rear respectively. The sporty appeal of the motorcycle is underlined by wider 130mm tubeless rear tyre and 80mm tubeless front tyres. See Also: Honda Rebel 300 Motorcycle Patented in India; Launch Date, Expected Price, Specs, Top Speed, Images

As far as the pricing is concerned, the Japanese bike maker will be looking to keep the prices of the motorcycle pretty competitive. The company has already mentioned that the motorcycle will be priced below INR 79,000 (ex-showroom), however, exact pricing will be revealed at the launch. The new Honda X-Blade motorcycle will go head-on with Suzuki Gixxer, Bajaj Pulsar NS 160 and others in the segment.