Kawasaki has revealed new color option for its 2016 ER-6F, ER6N, Vulcan S and Versys 650. At present, Only ER-6N is sold in Indian Market. Apart from paint job, no mechanical upgrades are expected in 2016 line-up. Here are the paint jobs available on the new 2016 models. 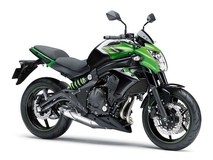 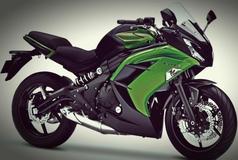 Like its partner, the new 2016 ER-6F will come with a coloured rear shock absorber spring and pin-striped wheels. As per color options, the ER6F will come in Green Candy Lime Green version, now features fairing sides in Metallic Spark Black fading to a lighter colour fairing lower. In a similar style, the Candy Persimmon Red model also has Metallic Spark Black fairing sides while the Metallic Carbon Gray option sticks to an all over single colour approach for maximum impact. 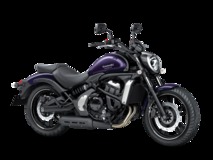 In white color, the new Vulcan S is becoming a highly preferred colour option, so this option is one of three colour ways for 2016. Simple yet effective, the beige Urban City White option is joined by Metallic Matt Carbon Gray.All the new colour will be available for ABS and non-ABS models. 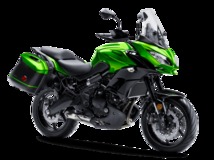 With strong visual impact the stealth-like looks of the Metallic Matte Carbon Gray and Metallic Spark Black machine are indeed impressive. It is joined by two other colour options for the new season with a striking Candy Matte Orange version offered for the first time alongside the sleek and stylish Pearl Stardust White combined with Metallic Spark Black option. All the new colour options are available on ABS and non-ABS models.