The most talked about and most anticipated bike of the year, Mahindra Mojo 300 has finally launched in Indian Market. Priced at 1,58,000 (ex-showroom Delhi). Mahindra recently released the official trailer of motorcycles on its social media channels titled as #UnleashYourMojo. 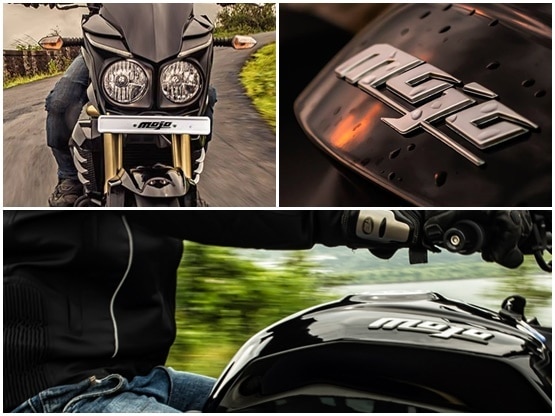 First introduced at the 2010 Auto Expo, the Mahindra Mojo has been under development for nearly 5 years. So now as Mahindra two wheelers is finally ready with the bike a lot of buzz is going around the market as to what makes the bikes truly stand out from its competitors. Also Read - IPL 2021 RR vs RCB Head to Head, Prediction, Fantasy Tips, Weather Forecast: Pitch Report, Predicted Playing 11s, Squads For Rajasthan Royals vs Royal Challengers Bangalore Match 43 at Dubai International Stadium

The bike is powered by It is powered by a 300cc liquid cooled, EFI single-cylinder engine, which produces max power of 27bhp and peak torque of 30Nm.

As seen in the video, in terms of looks the all new Mahindra Mojo has the naked power tourer persona, with is further enhanced dual headlights fitted with LED DRLs and high handlebars. Some other features that makes it ideal for the segment include, freshly designed switchgears, upside down forks at front, monoshock at rear, a large 20-litre fuel tank and an amazing set of Pirelli tyres.

Powering this beast is a 295 cc single-cylinder liquid cooled engine capable of churning out a maximum power output of 27.4 PS and a peak torque of 30 Nm. According to sources the engine’s power delivery might not be that impressive but the torque output will surely amaze you. The engine will come mated to a 6-speed transmission and if speculations are to be believed the bike is likely to offer a top speed of 155 kmph.

The Mahindra Mojo is likely to be one of the most affordable power tourer as Mahindra plans to imply some smart pricing strategy, which will be anywhere around 1.5 – 1.75 lakh (ex-showroom).