Update- After many speculations and anticipations, Royal Enfield Himalayan has finally unveiled its Himalayan motorcycle in Indian Market. Newly developed engine, completely new styling and unconventional looks sit as the crux of the product. Recently, the company released images and videos of the bike on its official website. But what makes this 410cc bike so special for the company? It has all the pedigree for the best and most affordable off roader for India. If we talk about its competition, it has none, as Bajaj Pulsar AS150 and AS200 belong to entry level segment, while Triumph Tiger and Ducati Multistrada are premium adventure tourers. None of these bikes present any threat to this to upcoming motorcycle.   Also Read: Why RE Himalayan is an important product for Royal Enfield in India 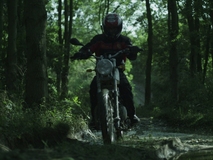 The Himalayan has comes equipped with 15litre fuel tank, mudguard, spoke wheels, swept up exhaust, black painted engine, round shaped headlamps and a large visor at front. Its other Feature includes Twin Pod instrumental cluster, raised handlebars and seats, digital MID and high mounted spatter guard. Himalayan also features the monoshock suspension that makes it the only bike from Royal Enfield to have such feature. Overall, the company has made sure that this bike should have all adventure touring pedigree. Also Read - Assam Assembly Election 2021: Congress Releases First Candidate List Full of Fresh Faces

The Royal Enfield Himalayan will be powered by an all-new 411cc, air-cooled, single-cylinder, SOHC engine that pumps out maximum power of 24.5bhp at 6,500 rpm and a peak torque of 32Nm at 4,000 – 4,500 rpm. Power will be transmitted to the rear wheels via a five-speed transmission using chain drive. 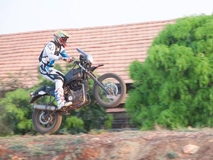 Royal Enfield will be assembling this bike in India itself; this will help the company to put a decent price tag on this motorcycle. If priced correctly, this middle weight Royal Enfield will bring a massive stir in the domestic market. We expect it to be priced around INR 1,90,000 – INR 2,00,000.

The all new Royal Enfield Himalayan is going to make its debut tomorrow that is 2nd February 2016 in Indian Two-wheeler market.