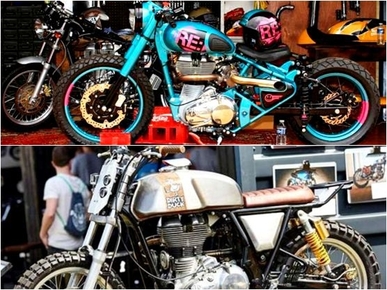 We all know that a Royal Enfield bike is the preferred motorcycle of choice for any custom bike builder in India. While there have been a lot of custom modified Royal Enfield motorcycles in India, this is the first time that the company has custom built a motorcycle and showcased at an event. Both these bikes, Royal Enfield Dirt Duck and Royal Enfield Mo’ Powa’, were built by the company in UK, while they were showcased in Biarritz, France at the Wheels & Waves Custom Bike Show. The custom bike show was held from 8th June to 12th June, 2016. Also Read - Shehnaaz Gill Mesmerises Fans With Her Soulful Voice in Cover of Dil Diyan Gallan With Arjun Kanungo- Watch 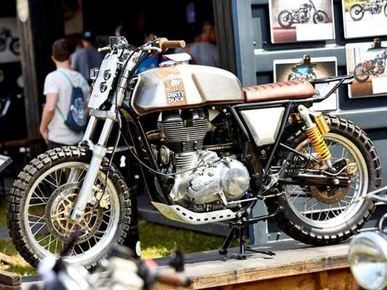 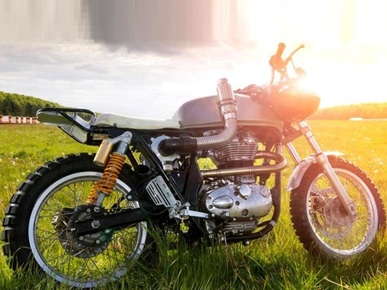 Speaking on the occasion, Royal Enfield said, “The snorkel is without a doubt the highlight of this motorcycle which has been hand crafted by the extraordinary craftsmen at Harris Performance. Additionally, the airbox has been modified to allow the passage of the straight-through exhaust.” The bike also gets a aluminium skid plate that prevents the bikes engine and under-body from any damage caused due to off-road traversing. The rear sub-frame of the bike is modified in order to incorporate a luggage rack. 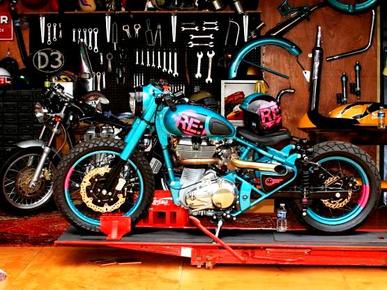 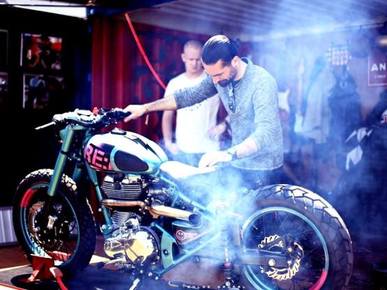 While the bike gets a turbocharger, the fuel injection system has been replaced with a carburettor. The bike gets a performance air filter in place of the airbox while the speedometer has been replaced with boost gauges. The front tyre remains the same while the rear sports a Continental TKC70 tyre. The bike also features a custom built exhaust system that is hand built by Harris Performance.