With increase in interest in biking culture, enthusiast has shown massive interest in modification or customisation of their bike. After all, they don’t want similar looking bikes as rest, what they want is their bike to look different than other people.  According to report in bikeexif, We have compiled the list of top 5 best custom bike made in 2015.    Also Read: Top 4 custom bike modifiers in India 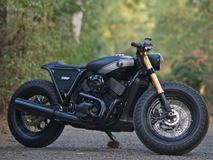 Also Read - LPG Price Hiked by Rs 25, Delhiites Have to Pay Rs 819 For a Cylinder | Check Rates in Your City

Some folks might turn up their noses, but the Street has been a much-needed sales hit for Harley-Davidson. We reserved judgment after its release—patiently awaiting the killer custom that would reveal its potential. As 2014 rolled into 2015, Rajputana Customs of Jaipur City delivered. The bike itself is a remarkable reworking, but even more remarkable was the timeline—just four weeks. Rajputana are based just 300 kilometers south of the Haryana factory where the Street is built, so this was a major victory for the home team. 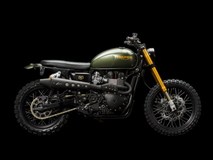 The Hunter: A Scrambler With Extra Firepower

Not all popular bikes are ground-up builds. This scrambler is a blueprint for anyone wanting to boost a modern Triumph with performance-based mods. It comes from Erne’s Euromotos—a dealership in Zürich, Switzerland—and gets a power jump from big valves, hotter cams and a Zard exhaust system. Brembo supplied the braking setup, and Öhlins the suspension. It would cost a pretty penny to replicate this build, but we can all dream, hey? 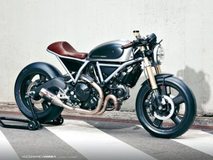 Sylvain Berneron cut his teeth as a designer for BMW Motorrad, but the first build from his new workshop was collaboration with Ducati and the magazine Moto Heroes. Berneron and his brother Florent have shifted the Scrambler away from its dual-purpose role and created a clean, road-biased café racer. The emphasis is on performance: 43mm USD Showa forks, 17-inch carbon racing wheels, a Beringer 4D brake system and a Werkes USA muffler. At 40lbs lighter than stock, this machine should be even more fun to ride than the regular Scrambler. 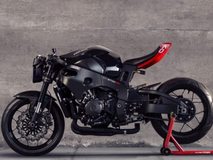 If you’re a fan of sportbike performance and dynamics, but hate the plastic look of Japanese machines, Bill Webb has the answer for you. His first build narrowly failed to make the Top 10 last year, so we’re pleased to see him hit the charts with this Honda CBR1000RR kit. It’s a fine example of industrial design; the package includes the bikini fairing, tail unit, mounts to relocate the ignition and speedometer, new levers and a headlight assembly. Fingers crossed this goes into production soon. 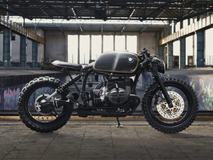 With their third build, Munich-based Diamond Atelier hit the jackpot. It’s based on a 1994 BMW R100R Classic, although you’d be hard pressed to tell. This is no forumlaic airhead custom, but a radical reworking with a serious performance boost—check out the 40mm Dell’Orto carbs, K&N filters and Akrapovic racing exhaust. The detailing is off the chart, right down to the top triple clamp, which holds a crowning jewel: a 0.17-carat diamond.