The upcoming TVS Akula 310 aka Apache RTR 300 has finally been caught on camera doing test runs on the Bangalore-Hosur road. Launch expected in early 2017. 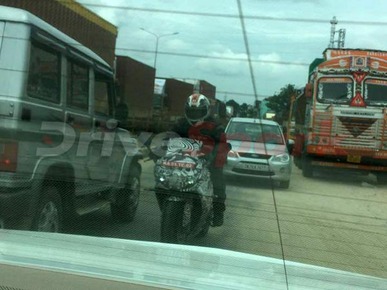 Remember the TVS Akula 310 concept at the 2016 Auto Expo? After much rumours about the production spec model to be launched in a next few months, finally we have received some relieving bit about the upcoming motorcycle. The folks at DriveSpark have recently spotted the camouflaged Apache RTR 300 test mule doing test runs on Indian roads, which hints towards its nearing launch. Also Read: TVS Akula 310 (Apache RTR 300): Five Things to Know

The model spied doing test runs was quite different from the concept that was put on display at the biennial event. The front is seen with a dual section headlamp unit with LED pilot lamps positioned on both corners. Though not much details have been revealed in the spy shots, the bike will surely miss the carbon fibre body treatment in order to bring down the cost and keep pricing competitive. The TVS Akula 310 prototype was spotted on the Bangalore-Hosur road bearing a Karnataka number on the registration plate. Also Read: Why TVS Akula 310 is an important product for the company? Also Read - Key NASA Rocket Test Cut Short Due To Early Engine Shutdown 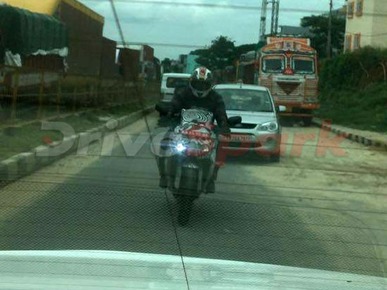 Some reports have suggested that the TVS Akula 310 will enter into production as the TVS Apache RTR 300. The company has recently announced that the bike will reach production lines soon but not before 2017. This takes the launch of the motorcycle to next year where it would be launched post its naked sibling, the BMW G310R. In recent times, TVS had also teased the Akula 310 on its official Apache RTR Twitter handle that further confirms the more powerful Apache version in process. 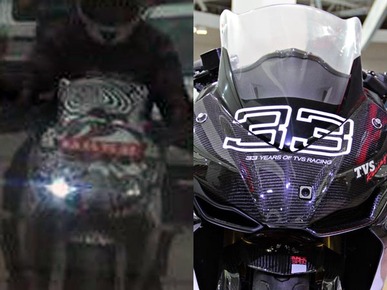 Talking of mechanicals, the bike will be using the same 313cc engine that will come fitted in the BMW G310R. The engine will come mated to a six-speed transmission and will crank out 34 bhp of power and 28 Nm of torque. However, expect a slight bump for an enhancement in power and performance of the upcoming TVS Apache RTR 300. As far as pricing goes, the bike will be priced somewhere over INR 2.5 lakh and will give some serious competition to its rivals like Yamaha YZF-R3, Kawasaki Ninja 300 and KTM RC 390.