The production version of the TVS Akula 310 bike will go on sale in the Indian bike market in the first quarter of 2017. 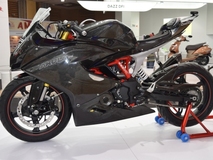 We informed you earlier that TVS Motor Company will be launching the production version of the TVS Akula 310 concept bike in the country in 2017. Based on the BMW G310R, the bike will take on the likes of the Yamaha R3, Honda CBR250R, KTM Duke 390 and others in the league. If media reports are to be believed, the Akula 310 could be named Apache RTR 300 in India; however, nothing official has been announced by the maker. Check Out TVS Akula 310 Racing Concept in Pictures Also Read - Rahul Gandhi Takes Dip Into Sea With Fishermen in Kerala | SEE PHOTOS

Powering the motorcycle will be the same 300cc, 4-stroke, single-cylinder, water-cooled engine that also powers the BMW G 310R. This engine is capable of producing 33.5bhp of power at 9,500rpm along with a peak torque of 28Nm at 7,500rpm. Power will be transmitted to roads via a six-speed gearbox. BMW claims that this engine returns a fuel efficiency of 36.05kmpl. Also Read- TVS AKula 310 First Impression Also Read - West Bengal Makes Negative RT-PCR Report Must on Arrival For Passengers From 4 States 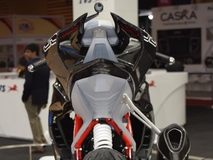