The new TVS Apache RTR 200 4V Racing Edition 2.0 is available in three variants - Carburetor, EFI and Carburetor with ABS which is priced in the range of INR 95,185 to INR 1.09 lakh (All Prices Ex-showroom Delhi).

Equipped with A-RT Slipper Clutch, the TVS Apache RTR 200 4V Race Edition 2.0 has emerged as the first motorcycle in its class to gets such race-derived technology. The slipper clutch technology will accentuate motorcycles performance with 22% reduction in clutch force for quicker up-shifts. On the dimension front, the motorcycle carries length of 2050mm, width of 790mm and height of 1105 mm along with wheelbase and ground clearance 1353mm and 180mm. See More: TVS Zeppelin 220 Cruiser Concept Showcased at Auto Expo 2018; Price in India, Images, Specs & Features 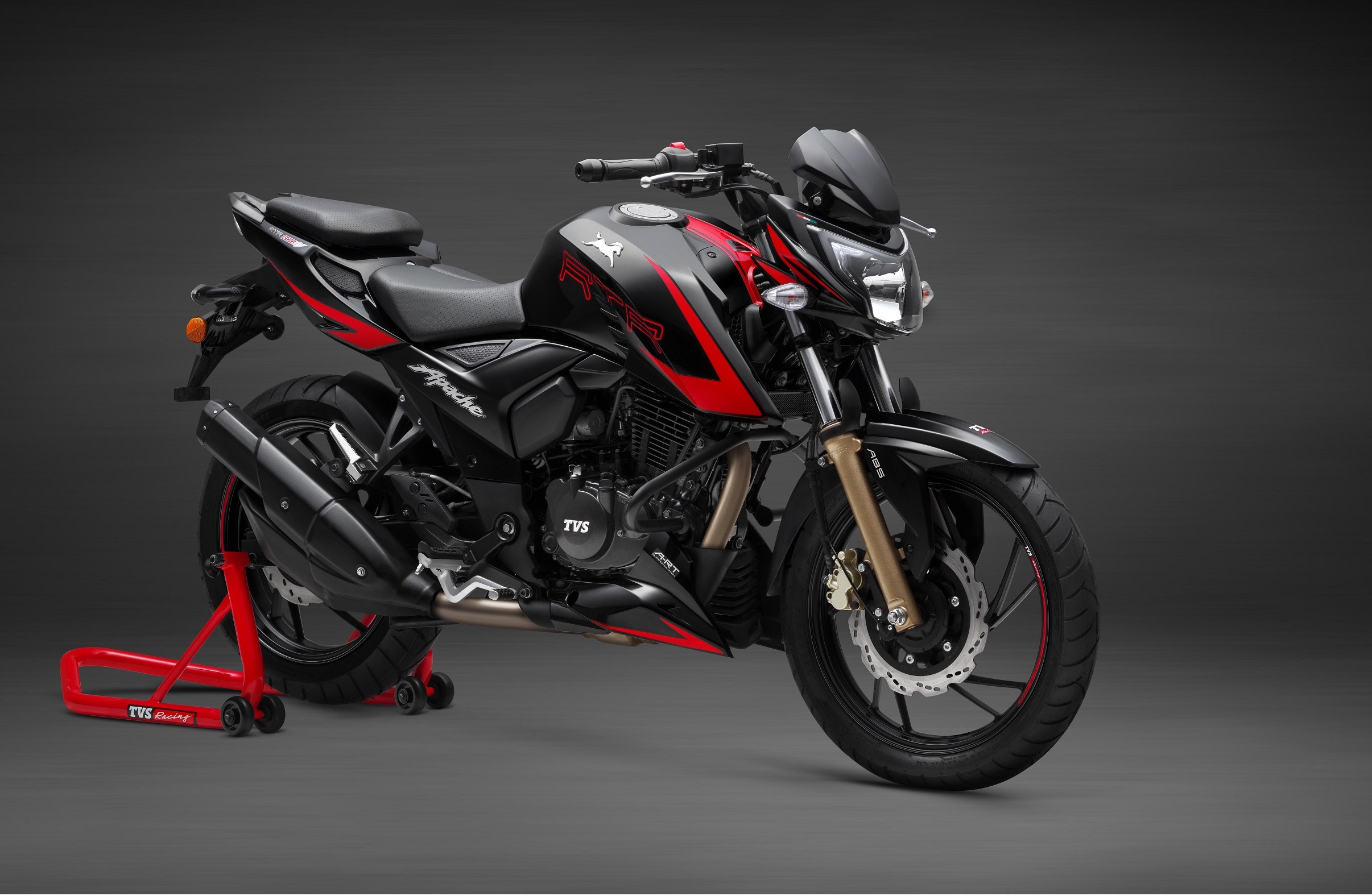 On the mechanical front, the newly launched TVS Apache RTR 200 4V Racing Edition 2.0 motorcycle comes fitted with the same 197.75cc single-cylinder, 4-stroke, oil-cooled engine. The motor is capable of developing 20.5 PS for the carburetor version and 21.0 PS for the FI versions @ 8500 RPM against the peak torque of 18.1 Nm @ 7000 RPM. The unit is mated to a 5-speed gearbox. Moreover, the new Apache RTR 200 4V Race Edition 2.0 motorcycle is offered in three variants – carburetor, FI and carburetor with ABS. However, the FI and ABS variants will be available on selected TVS dealerships only throughout the country. Read More: TVS Creon Electric Scooter Concept Showcased at Auto Expo 2018: Price in India, Specs, Features, Dimensions

Arun Siddharth, Vice President (Marketing), Premium Two Wheelers, International Business & TVS Racing said, We build race machines for performance enthusiasts – the TVS Apache series is a testimony to our 35 years of racing heritage. Over the years, we have been at the forefront of setting benchmarks in bringing racing technology to performance motorcycles. The new TVS Apache RTR 200 4V Race Edition 2.0, takes the racing experience up by a significant notch as it is enabled with the A-RT Slipper Clutch  a first in this segment. The entire TVS Apache RTR 200 4V range will don the dynamic racing-inspired decals along with a stylish and exclusively designed fly screen which is sure to accentuate the racing stance of the motorcycle thus making it a racing machine like no other.