TVS Motors, a home grown popular two wheeler manufacturing company will be launching the production version of Graphite Concept scooter in India today. The scooter is believed to be christened as NTorq 125, the scooter has been spied testing on the Indian roads previously. The scooter yet again has been captured in the camera revealing new features ahead of its India debut. This new scooter from Hosur based manufacturer will strengthen its scooter portfolio which currently includes TVS Jupiter, TVS Wego, Scooty Pept and Zest. See More: TVS Graphite Scooter Spied Testing Again; India Launch SoonAlso Read - Indian Scout Sixty, Chieftain Dark Horse, Scout Bobber & Others Becomes Cheaper by up to INR 3 Lakh

With the increasing demand for the powerful scooters in the country, TVS Motors too will introduce a powerful unit which will be pitted against Honda Activa, Suzuki Access and the upcoming Aprilia 125. The scooter was showcased at Auto Expo 2016 in the form of a Graphite concept that paid a tribute to company’s 33 years of racing heritage. Also Read - Tata Zest Premio Launched in India at INR 7.53 Lakh; Will Rival Maruti DZire, Honda Amaze 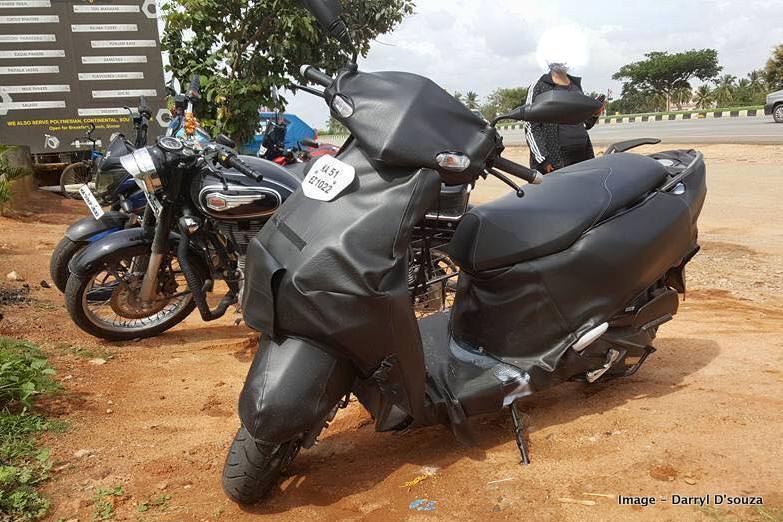 Going by the new spy shots, the new NTorq scooter is wrapped completely under wrapped which hints that the production version could be very similar to the concept. With looks inspired from maxi-scooter, it features bulky body design while other details about the scooter will be revealed today. Also Read - Hero Super Splendor Launched in India, Priced at INR 57,190 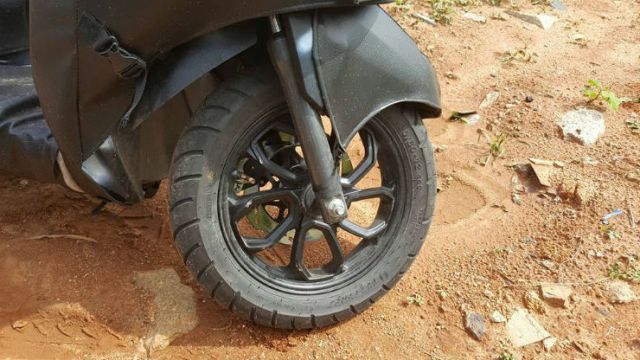 Moreover, the new NTorq scooter is definitly one of the most awaited scooters in the domestic market which will sport fully digital instrument panel, GPS console, LED side indicators, LED tail lamps, alloy wheels, 12-inch alloy wheels and much more. Moreover, the company also released a teaser video of the scooter which gives an impression on the exhaust note which sounds quite heavy and loud.

Powering the new TVS NTorq scooter will be a 125cc fuel injected motor which will produce maximum power of around 11.25 bhp deriving it as the one of the most powerful yet affordable scooters in the market. The scooter is expected to be offered in 4 exciting body shades – Matte Yellow, Matte Orange, Matte Green and Matte Black. Also See: New Bikes Launching in India in 2018; Yamaha YZF R15 V3.0, TVS Apache 160, BMW G 310 R, Hero Xtreme 200S

For suspension, the new NTorq scooter will be equipped with telescopic suspension at the front while the rear section will see a gas charged mono-shock setup. The deceleration duties will be carried out by petrol disc and drum brake at the front and rear respectively. As far as the pricing is concerned, the new TVS NTorq scooter is expected to see a price tag of INR 71,000 to INR 76,000 (on-road). Watch the live streaming here.