The Pulsar CS400 has been caught testing once again, this time engaged in an interesting battle with a Yamaha R15. 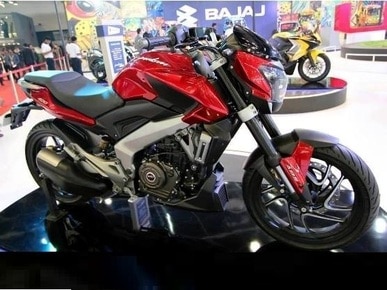 Also Read - Why There is no Urgency to Vaccinate Children Against COVID-19? Experts Explain

Out on the wide open roads of the Pune-Lonavala highway, a Yamaha R15 rider got a glimpse of a camouflaged bike. Upon discovering that it is the test mule of the soon to be launched Pulsar CS400, he decided to chase it. What followed is a thrilling battle between the two bikes at speeds reaching in access of 120km/ph. Lucky for us, the Yamaha R15 rider recorded the whole incident on his helmet cam and uploaded the footage on YouTube for all to see. Unlucky for him, he got left behind quite badly as his R15 was no match against the sheer speed and pick-up of the CS400. (image Source: Life On Two Wheels/YouTube)Also Read: 2016 Bajaj Pulsar CS400 spotted on test Also Read - ZEEL-Invesco Case: Bombay High Court To Decide On EGM Today. Details Here

In the video it is clearly visible that how easily the CS400 was able to widen the gap between itself and the R15. This confirms the fact that it is indeed powered by the same engine that does its duty on the KTM Duke 390. The 373cc single cylinder, liquid cooled petrol engine pumps out 43Bhp and 35Nm of peak torque on the Duke 390. Though the exact power figures are yet to be released by Bajaj, we believe that the engine will produce the same number of horses, if not more, in the CS400 as well. Transmission responsibilities will be handled by a 6-speed gearbox.  The CS400 was originally showcased at the 2016 Delhi Auto Expo when senior officials of the company promised a bigger and powerful version of the Pulsar. We expect Bajaj to price the Pulsar CS400 somewhere in-between INR 1.55 lakh to INR 1.65 lakh (ex-showroom, New Delhi). (Video Source: Life On Two Wheels/ YouTube) Also Read - SpiceJet Puts Image of PM Modi, Healthcare Workers on Aircraft to Celebrate India's 100 Crore Vaccination Milestone