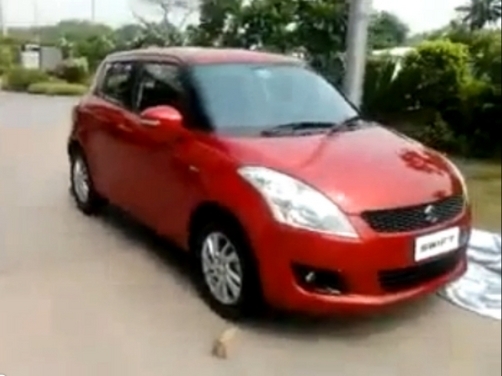 A YouTube user by the name of ‘tapemagic’ has managed to get very close to 2011 Maruti Suzuki Swift and has caught his brief stint with the new Swift on cam. The video shows the top-of-the-line variant of the Swift petrol – the ZXI. It will be powered by the same 1.2-litre K-series petrol engine which powers the current Swift in India, albeit with a different state of tune. Also Read - 'First Wives Club' TV reboot lands series order 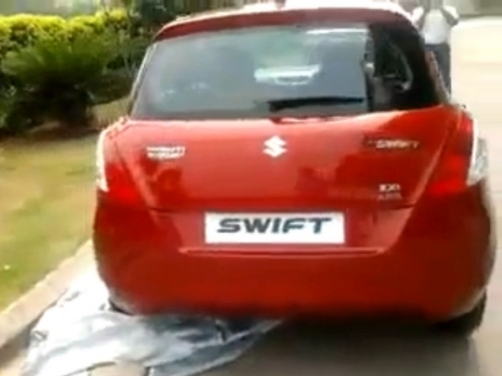 The YouTube video shows the 2011 Maruti Suzuki Swift ZXI with the ‘Maruti Suzuki’ and ‘ZXI ABS’ badging on the boot lid. Another interesting change in the new Indian Suzuki Swift is the pair of turn blinkers mounted on the outside rear view mirrors on the top-of-the-line ZXI variant. We’ll have to wait and watch if this feature is for the top-of-line models (ZXI/ZDI) alone or for the entire range. A VVT badge sits above the wheel-arch.

The new 2011 Maruti Suzuki Swift, as we told you earlier, will launch in India in the second of third week of August. The production of the new Swift has already started in Gurgaon and the Maruti Suzuki dealers have stopped taking orders for the current Swift. If you have already booked the Swift though and awaiting delivery, you could also avail the privilege of upgrading your booking  to the new Swift.