A brief note on all the launches and unvielings that took place in Shanghai so far. 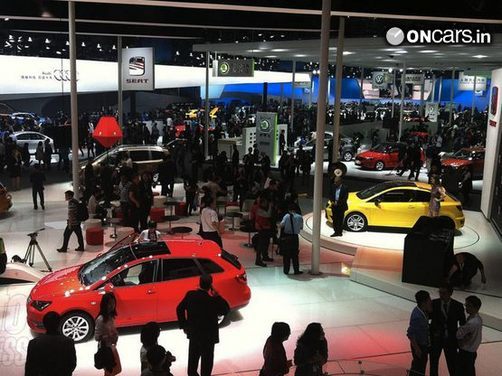 With the history of over two decades, the Beijing International Automotive Exhibition, locally also known as the Auto China Show and more popularly known as the Beijing Auto Show kicked off yesterday, for the media folks. In its 12th edition now, the Beijing Auto Show has been globally recognized as one of the most important auto shows around the world. Thanks to the huge automobile consumer markets in the Asian country and the rapid growth of the Chinese auto industry.  Also Read - Toyota developing eight compact cars for emerging markets

We bring you a crisp compilation of all the launches and unveilings that took place in Shanghai on the Day One of the 2012 Beijing Auto Show.

– One of the biggest showstoppers at the 2012 Beijing Auto Show was undoubtedly, the Lamborghini Urus SUV that was presented in concept form. 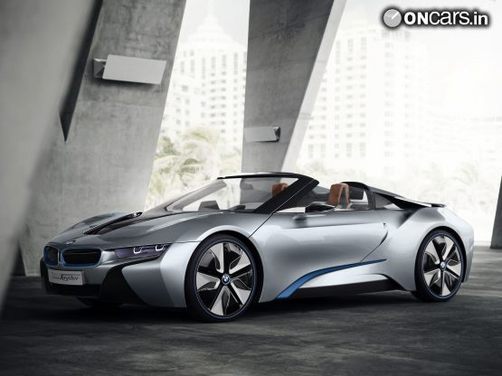 – BMW also unveiled the BMW i8 Spyder Concept at the 2012 Beijing Auto Show. The mid-engine hybrid sports car is capable of delivering 350PS of power and 550Nm of torque – that is 30Nm more torque given out by the last generation M6.

– Renault unveiled the all-new Renault Talisman at the 2012 Beijing Auto Show. The premium sedan, which is a rebadged Samsung SM7 – that is only available in the Chinese market – will be assembled in South Korea, along with the SM7. Both vehicles use the Renault-Nissan alliance’s J31 platform.

– Nissan has pulled the wraps off its latest creation, the replacement of the Tiida – a new global sedan in the form of the Nissan Slyphy. The global sedan doesn't have an official name in Europe just yet, but it will called the Slyphy in China, the Nissan Pulsar in Australia and Nissan Sentra in the North American market. Phhewww, why can't a global car, just carry a global name! 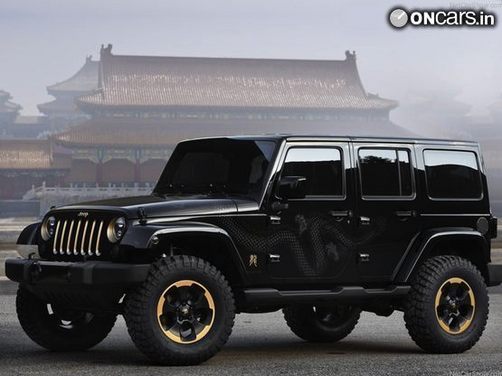 – The highly anticipated global compact SUV, the Ford EcoSport was finally presented in the production-ready avatar at the Auto China show. The Fiesta-based SUV will hit the streets in China by October 2012, after which the EcoSport will be launched in the Indian market.

– Honda presented two new concept cars in Beijing. One is called Honda Concept C that previews a new low-cost sedan, which will be built specifically for the Chinese market. The second model is called the Honda Concept S that is a compact sedan and will be introduced in the emerging markets, including India. 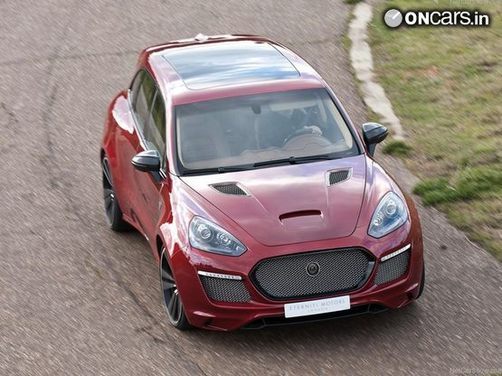 – The British aftermarket specialists at Eterniti have presented their latest creation, the Artemis at the on-going 2012 Beijing Auto Show and are describing the Artemis as the “world's first super-SUV.” The model is able to accelerate from 0 to 100kmph in just 4.5 seconds with a top speed of 210kmph.

– Volkswagen presented the E-Bugster concept cabriolet in Beijing, which previews the upcoming Volkswagen Beetle convertible model that is expected to make its official debut at the 2012 Los Angeles Motor Show in November and is expected to hit the streets by 2013.

– Audi had promised to unveil three new models at the 2012 Beijing Auto Show and they have kept their word. First off, is the newest member of the company's high-performance RS family, the new Audi RS Q3. 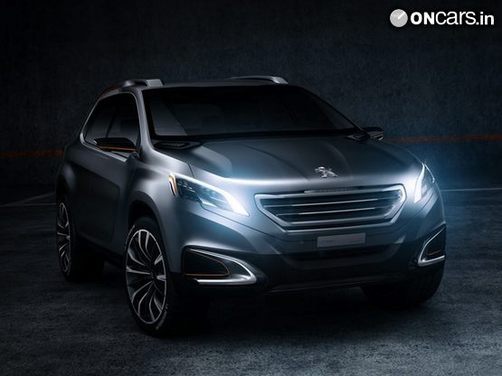 – Peugeot has taken the wraps off its latest creation, the Urban Crossover Concept in Beijing. The compact B-segment vehicle is likely to hit the production line as the Peugeot 2008 – a 208-based SUV.

– Aston Martin has presented the all-new Dragon 88 Limited Edition series, which will be available with the Aston Martin DBS Volante, Virage coupe and the V8 Vantage S coupe. Only 88 models will be built and sold in the Chinese market.

– British carmaker, Rolls Royce presented the new Phantom Extended Wheelbase in Shanghai. The Phantom Series II was unveiled in March at the Geneva Motor Show and the Extended Wheelbase Phantom features some significant improvement in terms of design, drivetrain and technology.

– Bentley is celebrating Queen Elizabeth II's 60 years of the throne with the new Bentley Mulsanne Diamond Jubilee Edition, which was presented for the first time at the on-going 2012 Beijing Auto Show. 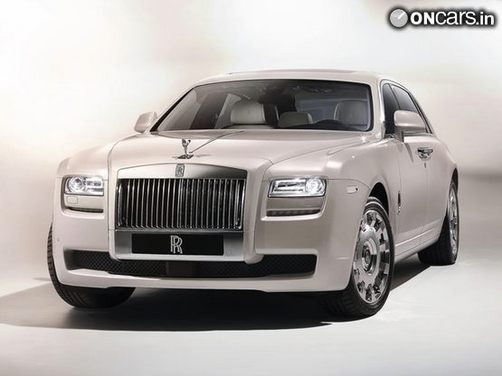 – Rolls Royce has presented a special edition of the Ghost, called the “Six Senses.” The Rolls Royce Ghost Six Senses is based on the regular Ghost model but packs in extra luxurious features and elements, which appeal to your sixth sense. Apparently.

– Fiat presented the all-new 2013 Fiat Viaggio sedan in Shanghai. The U.S Dodge Dart-based sedan is the first successful full project coming out of the joint venture between Fiat and Chrysler and sits on the CUSW (Compact US Wide) platform, which was originally developed for the Alfa Romeo Giulietta. 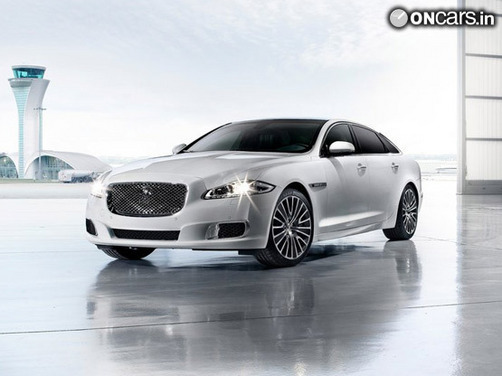 – Jaguar Land Rover launched the all-new 2013 Jaguar XJ Ultimate at the on-going Beijing Auto Show, which has been built specifically for the Chinese market.

– Jaguar Land Rover also presented a Range Rover Evoque Special Edition with Victoria Beckham in Beijing. The special edition Evoque will hit the streets in China by October 2012. Only 200 of the Victoria Beckham-designed SE cars will be offered on sale worldwide.

– Ferrari unveiled a new hybrid drivetrain called the HY-KERS, which is expected to debut with the upcoming Ferrari Enzo replacement.

– Jaguar has expanded its engine line-up with addition of two more units. A turbo-charged four-cylinder and a supercharged V6 engine. Both units will be mated to an eight-speed automatic transmission. The supercharged V6 engine tuned to produce 385PS of power will debut with the upcoming Jaguar F-Type roadster, which is based on the Jaguar C-X16 concept. 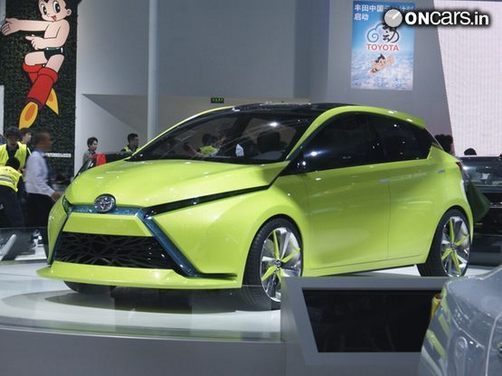 – Toyota unveiled a total of 38 production and concept cars in China this week, but the two models that stood out comes from the Toyota Dear Qin design concept study, which previews a new compact five-door hatchback and a four-door sedan. The design study hints at a totally new global compact series, which is expected to launch in the market sometime next year.