Within a week of the Indian GP which saw championship leaders Sebastian Vettel and Fernando Alonso take a 1-2 finish for Red Bull Racing and Ferrari respectively, the Formula 1 circus moved to what was said to be a thriller of a race.Also Read - Lewis Hamilton: Will Give it Everything to Win in Turkey

The start of the Abu Dhabi Grand Prix saw Kimi Raikkonen and Pastor Maldonado making a move on Mark Webber in the run down to the first turn as yet again, the Aussie failed to make a quick start. Webber was dropped down to fourth as a result of his slow start. Race leader Lewis Hamilton, meanwhile, led the Grand Prix up till lap 20 when his McLaren Mercedes shuddered to a grinding halt following an issue with the fuel pressure.  Also Read - Formula 1, Russian GP: Lewis Hamilton Becomes the First Driver in F1 History to Win 100 Races 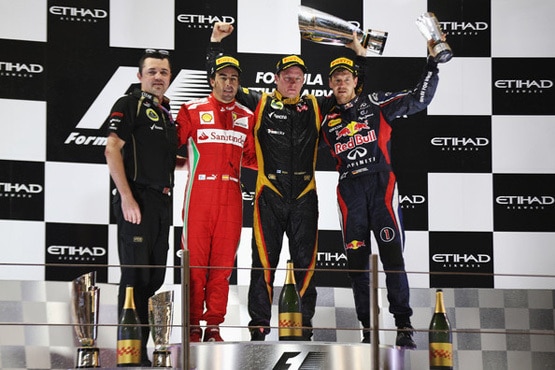 It was Kimi Raikkonen who then took over the lead and held on to it right till the chequered flag. Following the iceman was Ferrari’s Fernando Alonso.

Late-season championship charger Sebastian Vettel didn’t quite have the best of starts as he was made to start the race from the pit lane after stewards’ call to bar him from his qualifying result for not carrying enough fuel in his car to give the mandatory sample to the FIA. The reigning world champion, however, proved his prowess as he worked his way up the grid, eventually taking the final podium spot. 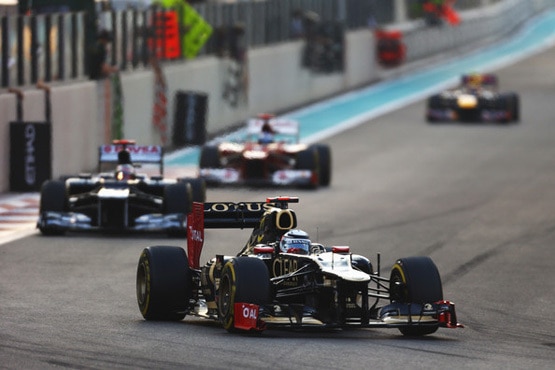 Jenson Button, driving the second of the McLarens, finished fourth ahead of Williams’ driver Pastor Maldonado and Kamui Kobayashi of Sauber. The race result meant Sebastian Vettel still holds an edge in the championship table with 255 points, ahead of Fernando Alonso and Kimi Raikkonen with 245 and 198 points respectively.

Now that it all has come down to the final two rounds – the US and the Brazilian Grand Prix, and his points deficit is razor thin; it is time for Fernando Alonso to step up and prove he is worthy of bagging another championship title. Let’s just hope in his effort to do this he doesn’t throw it all away. 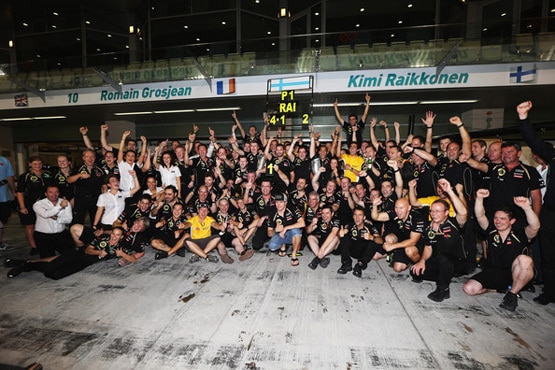