Commercial shoot reveals the all new Camry in its birthday suit 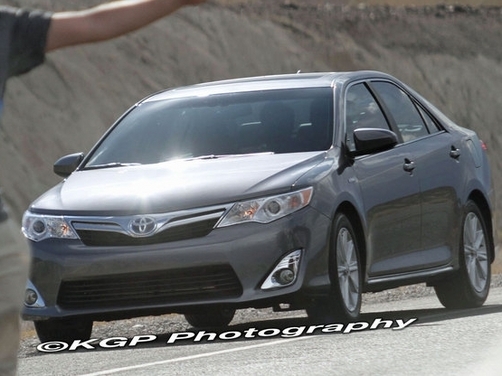 A lot of hype has already been created about the all new 2012 Toyota Camry with Toyota President, Mr. Akio Toyoda, teasing the car’s headlight in a video while promising that the new luxury sedan will exceed all the expectations of the customers. The new Camry was also spotted testing last week with minimal cladding and maximum camouflage to hide the car’s lines.  Also Read - Four fishermen struggling in sea for over 2 hrs rescued 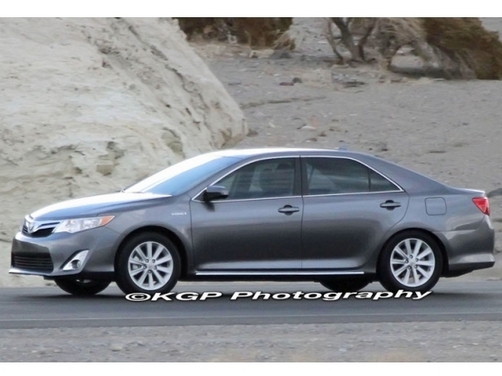 But what the spy photographers have caught now is the 2012 Toyota Camry with no camouflage or cladding at all! While the all-new Camry is getting ready for its launch in the next few weeks, the spy photographers at KGP managed to catch the luxury sedan undisguised while it was posing for its commercial shoot. The car shot here though is the Toyota Camry Hybrid which flaunts a different grille than the one that will be seen on the petrol and diesel versions. 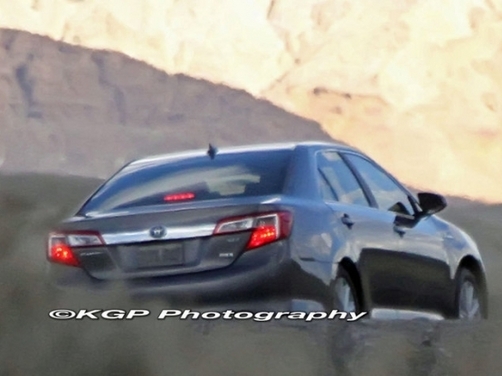 The headlights are similar to the ones shown in Mr. Toyoda’s teaser video. The fresh new design is in line with the new language that Toyota is establishing with all its new vehicles including the upcoming 2012 Toyota Fortuner. The tailgate looks a lot similar to the Camry’s archrival, the Honda Accord sedan. The overall design, as seen in these shots, looks a lot more aggressive than the current Camry though it retains the familiar silhouette.

Expect the new Camry to be shown to the Indian masses at the 2012 Auto Expo as Toyota Kirloskar Motor is in no hurry of launching the new Camry in India anytime this year.