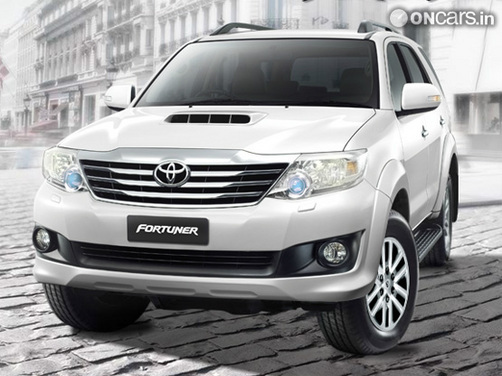 The 2012 Toyota Fortuner has been unveiled on Toyota’s Thai website. The official images show the same car that we saw in the scoop shots a few days back. As we mentioned earlier, the new 2012 Fortuner’s facelift design is inspired by the Land Cruisers and follows Toyota’s new design language. 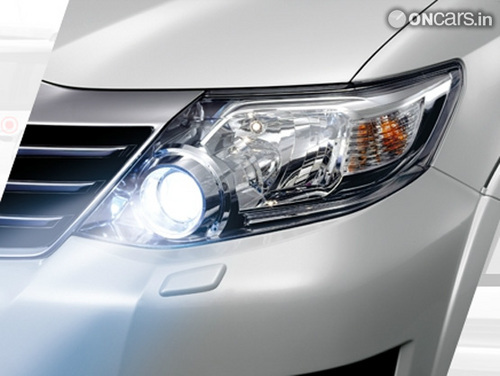 The new Fortuner boasts of a larger grille upfront and has a complete chrome treatment as opposed to the Indian Toyota Fortuner’s Land Rover-inspired brushed aluminium finish. The headlights have been designed as per the new Toyota design language and the arrangement of the projector beam has been changed as compared to the Indian Fortuner. The headlights also get washers. The bonnet scoop is not wider with a three-slat arrangement; the scuff plate has been lowered, the ORVMs have turn blinkers and the fog lights have a new housing. 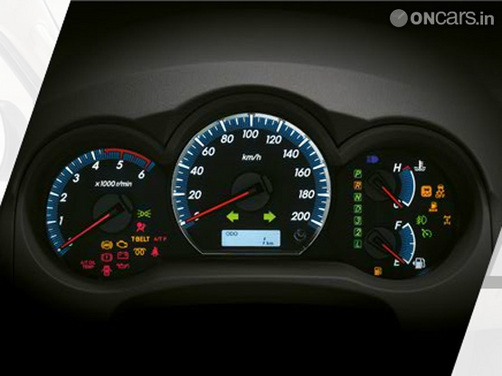 At the back, the Fortuner gets new taillights, a chrome plate from the ‘Fortuner’ branding, engine technology moniker on the fifth door and a redesigned bumper. The interiors have been updated too and the faux wood inserts trade in their brown shade for a grey one – quite impressive indeed. The instrumentation console has a blue backlight and the steering wheel gets a slight redesign with a two-tone scheme and repositioned switches. 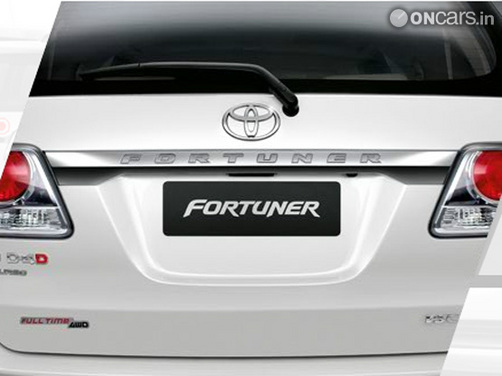 We are expecting the new 2012 Toyota Fortuner to be present at the 2012 Auto Expo in New Delhi as Toyota Kirloskar Motor has no immediate plans to launch the facelift Fortuner in India.

Click here to see more photos of the 2012 Toyota Fortuner