The refreshed Grand Cherokee will be one of the first models to debut in India under the Fiat-Chrysler brand later this year.

After flooding the Internet with the first official images of the 2014 Jeep Grand Cherokee, the refreshed model has made its global debut the on-going 2013 North American International Auto Show.  Also Read - GST Effect: Jeep Compass Price in India Increased by up to INR 72000

Also Read - Jeep Compass launching today in India: Prices likely to fall in the range of INR 18 to 22 lakh

The biggest change in the Grand Cherokee that was first launched back in 2011 comes in the form of a new 3.0-litre V6 diesel engine. It should be noted that this will be the first time that the Grand Cherokee is being offered with a diesel engine in the US market. The diesel powerplant is said to produce 345PS of max power and comes mated to an eight-speed automatic transmission.  Also Read - GST Benefits on Luxury Cars: Fiat Slashes Prices of Jeep Range By up to Rs 18 Lakh in India 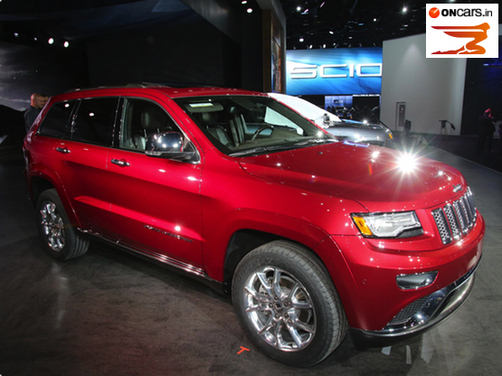 In terms of exterior updates, the 2014 Grand Cherokee has got a new grille, headlamps with bi-xenon and LED daytime running lights, air-dam, fog lamps and a redesigned tailgate. On the inside, the 2014 Grand Cherokee has been fitted with a new three-spoke steering wheel with paddle shifters as standard, re-designed central console, a new electronic gear shifter and a new seven-inch screen infotainment system. 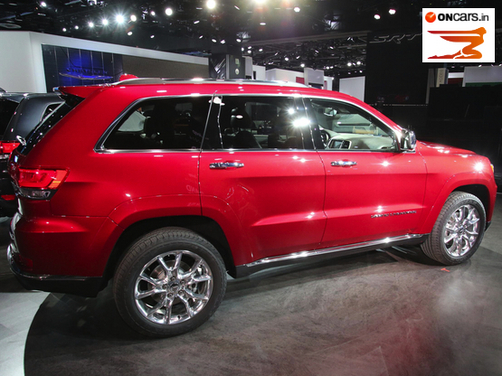 We expect Fiat-Chrysler to bring in the Jeep Grand Cherokee to Indian later this year, fitted with the new 3.0-litre V6 in petrol and diesel versions. 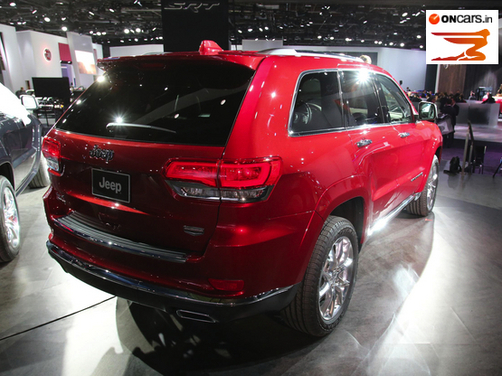 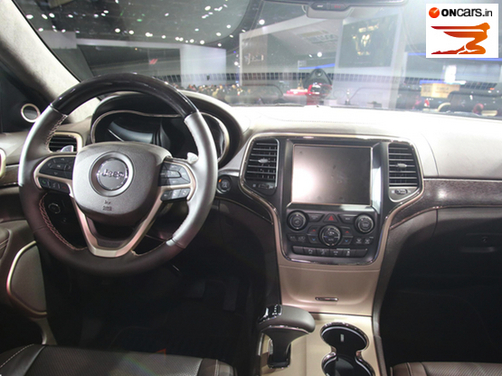