The sixth generation Quattroporte's launch is one of the steps taken by the brand to achieve sales of 50,000 units a year by 2015.

Maserati officially unveiled the all new Quattroporte at the ongoing 2013 North American International Auto Show in Detroit today. To be touted as the flagship model in the Italian manufacturer's line-up, the car will be available in two engine options: V6 and V8. Both the engines are turbocharged, designed by Maserati and will be produced at Ferrari's plant in Maranello. Transmission duties will be taken care of by an eight-speed automatic transmission, co-developed with ZF.  Also Read - The best looking cars from Detroit Auto Show 2014 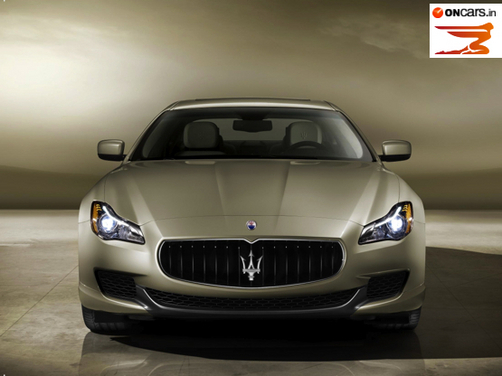 In it's V8 avatar, the Quattroporte is the fastest four door ever built by Maserati. It can do a 0-100km/h in 4.7 seconds and max out at 307kmph while the V6 engined can do a max of 285kmph. While the Right Hand Drive only markets will get a rear-wheel drive Quattroporte only but in other markets, the car can be had with a system called Q4. It redistributes torque between the front and rear wheels depending on the traction, in order to maintain a 50:50 ratio at higher speeds. Also Read - Audi releases prices for the A3 sedan in US 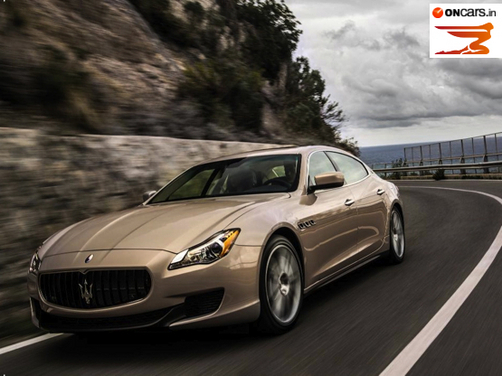 Last year, Maserati sold 1508 examples of the last generation Quattroporte worldwide and the new car is one of the first steps in their journey to achieve an ambitious sales figure of 50,000 by 2015. In comparison, they sold a total of 6307 cars in 2012. So yes, it's going to be quite an uphill task for them.

UK Pricing for the Quattroporte suggests an equivalent of Rs 95 lakh for the V8 powered car and around Rs 70 lakh for the V6. The first deliveries in the UK will start in Summer this year but it's India arrival is yet to be decided.