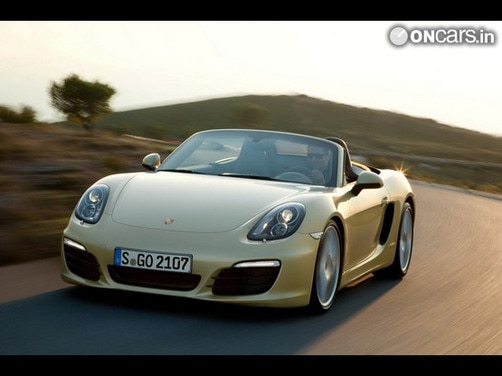 It's under the skin that most changes have taken place, though. The body is all-aluminium, and the headlamps and tail-lamps are revised. The wheelbase has been increased, which means more cabin space, and the track has been widened, meaning better handling. The two engines have been tweaked to deliver 265PS and 315PS, increases of 10 and 5PS respectively) and the twins sprint to 100kmph in 5.4 and 4.7 seconds. The manual gearbox isn't the fancy new seven-speeder but a more regular six-speed, and the seven-speed dual-clutch PDK is available as well.  Also Read - IPL 2021 Playoffs: DC vs CSK Prediction - Who Will Win Qualifier 1? Aakash Chopra Reckons MS Dhoni's Chennai Will Lose

Those seeking even more performance can opt for the Sport Chrono Package. The 2013 Boxster will go on sale worldwide around the middle of this year.